While supporting the important cause was first priority, this Hollywood couple couldn’t help but show off their competitive spirit when playing ping pong.

According to an eyewitness, the pair faced off against Clayton and his partner. And while the match was a close call, the Los Angeles Dodgers pitcher was the lucky one who advanced onto the next round.

“Mila and Ashton looked like they were having the best date night,” an eyewitness shared. “You can tell they love Dodgers baseball and know all the players. They wanted to have fun.” 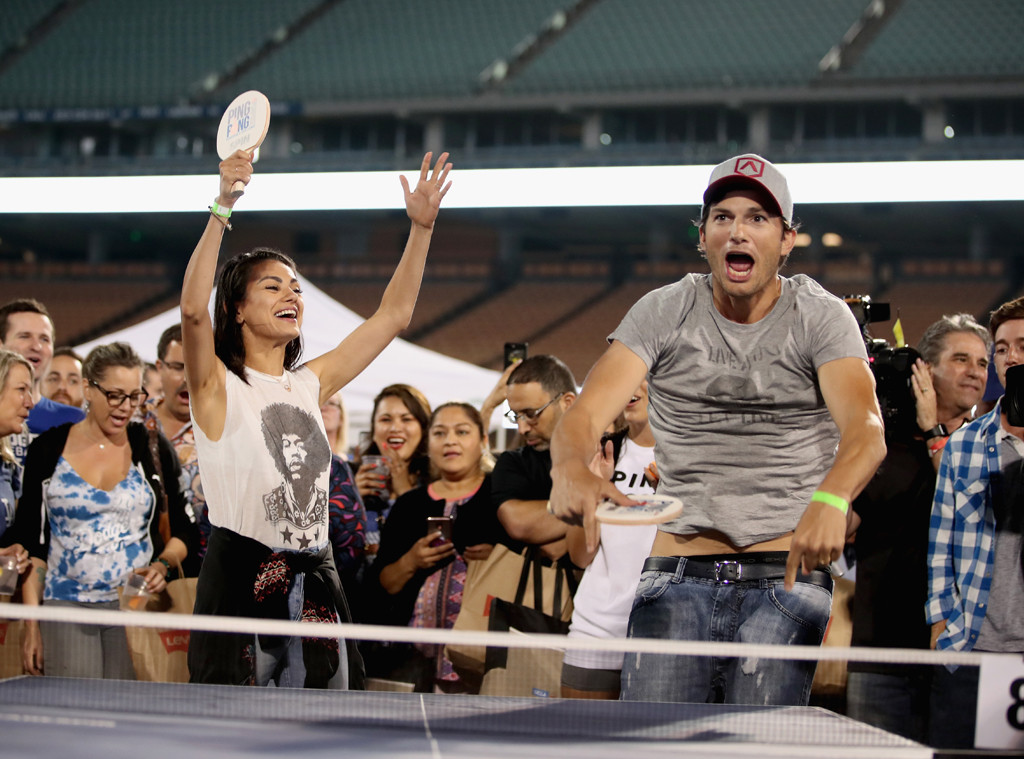 During the night, Mila was spotted saying hello to several Bachelor Nation stars including Becca Tilley and Wells Adams. As for Ashton, he was seeing catching up with Jamie Foxx after posing for photos on the red carpet with his wife, Matthew McConaughey and the Kershaw family.

Ashton and Mila are no stranger to enjoying date nights at Dodger Stadium. The A-list couple has been spotted at numerous baseball games. In fact, they have attended opening day, received personalized jerseys and announced the starting lineup before one game.

“I’ll tell you—we have a thing called white T-shirt night and it’s when you wear jeans and a white T-shirt and you go on a date,” Mila previously shared with Cosmopolitan when discussing the perfect date night. “Nothing fancy, it’s just something that you love to do. And whether that’s bowling or dinner or going to a cheese shop and have some wine or walking around. I think that’s just the best thing to do.”

Safe to say a night out at Dodger Stadium ain’t bad either.

Bryan Cranston, Josh Duhamel, Matt Iseman, Josh Henderson, Ben Higgins and Ashley Iaconetti were just some of the other familiar faces who participated in the ping pong tournament.