As bright orange flames filled the sky and roared like a freight train, Beverly Ketlo thought it was time to say goodbye to the Nadleh Whut’en band’s beloved cultural camp.

Ketlo and Chief Larry Nooski sat in a car looking out at the devastating scene. The historic and sacred camp, where the First Nation sent their children to learn about their culture and laid to rest some of their loved ones, looked ready to disappear.

“My uncle’s ashes are actually buried on the mount there, because it’s a cremation mount,” said Ketlo. “I said my goodbyes to him, even though he’s already in the ground.

“It was an emotional time. Then the next day, it was very emotional for the whole community.”

The community in Fort Fraser, B.C., thought they’d lost everything, but in the end, only a smokehouse and two cabins belonging to Ketlo’s relatives burned down. Still, the losses are enough to bring some band members to tears, especially since they say no one told them the fire was so close.

“Broken,” Ketlo said of how she feels.

The tiny First Nation now finds itself on the front lines of two fights: one against the enormous Shovel Lake wildfire, and another against a disjointed federal funding system that left them scrambling to evacuate their people, buy firefighting equipment and set up an emergency operations centre as flames approached.

When Justin Trudeau visited nearby Prince George on Thursday, Nooski told the prime minister the First Nation was in dire trouble and needed help.

The source of their struggle, members say, is that First Nations reserves fall under federal jurisdiction, while municipalities are under provincial authority. While B.C. has provided resources to cities and towns to prepare for wildfires, Indigenous groups argue they don’t get equal support.

Trudeau acknowledged the gaps on Thursday and pledged to clear up the flow of resources and ensure people in Indigenous communities get what they need. Jean-Francois Tremblay, deputy minister of Indigenous Services Canada, visited the Nadleh Whut’en later Thursday with Grand Chief Ed John of the First Nations Summit. Both were among those who took helicopter tours to survey the damage from the flames.

Tremblay declined comment, but John said he has tabled a proposal — for a second time — asking the federal government to create a $200-million fund to help B.C.’s 203 First Nations develop emergency response plans, buy equipment and train members over the next four years.

From the helicopter, plumes of thick grey smoke could be seen billowing from closely nestled treetops north of Fraser Lake. The success of burnoff operations was visible too, as lengthy fire guards wound through the forest next to stretches of scorched earth and disintegrated trees. 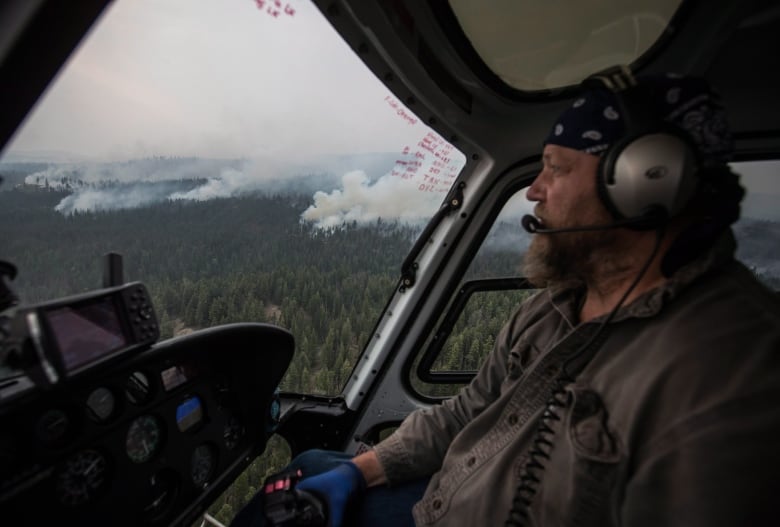 Mike Pritchard of the BC Wildfire Service said scattered houses not far away would have been lost without the burnoff.

Ketlo blamed a burnoff operation for the losses at the cultural camp, but the Wildfire Service said it hadn’t conducted any in the area. Pritchard suspects burning embers flying into the area were responsible.

From the moment the Shovel Lake wildfire began to grow out of control about two weeks ago, the Nadleh Whut’en have been through a crash course in emergency management.

Band spokeswoman Miranda Louie reached out to a cousin in the Tsilhqot’in Nation, which dealt with immense wildfires last year. She put Louie in touch with Juan Cereno, who managed the Tsilhqot’in’s emergency operations centre in 2017, and he rushed to Nadleh Whut’en territory. 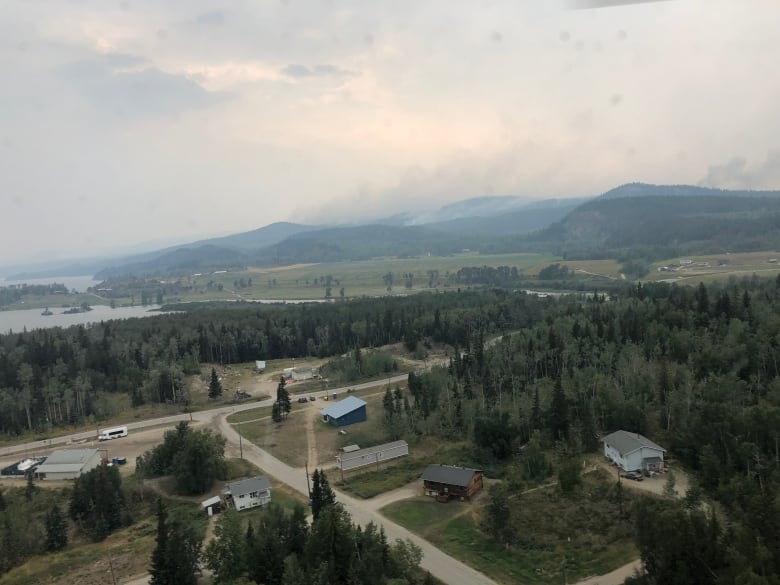 Some of the flames from the Shovel Lake wildfire were as close as 200 metres from homes on the north shore of Fraser Lake on Aug. 23. (Karen Pauls/CBC News)

With Cereno’s help, the band transformed its main building into an emergency centre, assigned people jobs and began stockpiling food for evacuees and cooking for band fire crews. The centre is now a streamlined operation, with a large gym where a group of Mexican firefighters ate dinner on Thursday night.

But in the early days, the First Nation said it struggled with poor communication with the regional district and the province, culminating in the losses at the cultural camp on Aug. 13. That day, the Nadleh Whut’en declared a local state of emergency, two days before B.C. made a provincewide declaration.

“After we declared the state of emergency, it really opened up our lines of communication,” said Louie. “It should have happened sooner.”

Some 80 people from the 200-member band have been evacuated, including nearly all the children and elders. They are anxious about their homes, but even if no more buildings are destroyed, the band has already experienced deep losses, Louie said.

The area that has burned includes berry crops and hunting grounds, she said, and the fire’s proximity to the Nautley River means members cannot fish for salmon as they normally would in the summer.

A lot of people in the remote community rely on hunting, fishing and berry picking and are otherwise unemployed, and social assistance for on-reserve people is lower than for those off reserve, she said.

“The financial impact to our membership is going to be quite tremendous,” she said. “It’s really going to affect us a lot, especially when we weren’t able to fill our freezers.”

The impact goes beyond finance.

“The land that most of these fires are in right now is very sacred to all of our people, our DNA and our stories —everything about it comes through this land,” said Ben Berland, who manages the Carrier Sekani Tribal Council.

“They’re all very significant to us.”

Some members have defied evacuation orders and are staying behind to protect their homes. Lester George, 51, worked as a firefighter two decades ago and has armed himself with a hose and sprinklers if the flames come close. 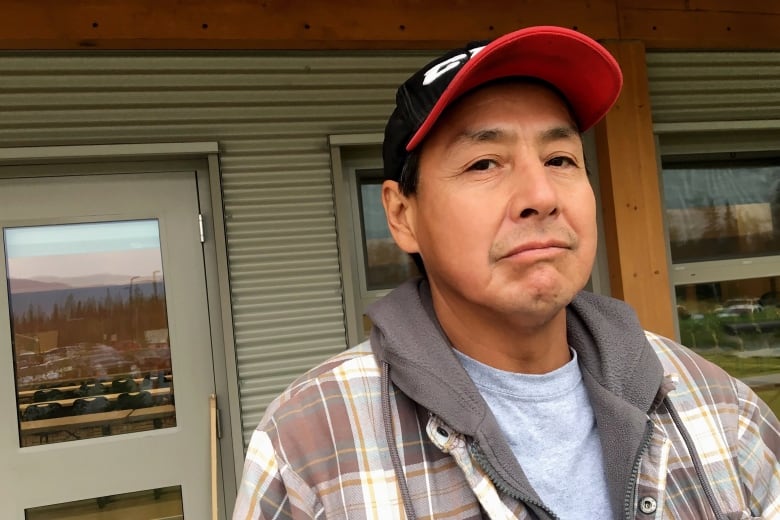 The band has given him a permit he shows to RCMP at check points so he can travel in and out of the evacuated area. George said band leaders seem to understand that some people have chosen to stay.

“‘Old Man Fire don’t scare me,” he said. “It has to be by gunpoint if they make me leave.”

With files from Michelle Ghoussoub