Our understanding of climate change across the Arctic — and its implications for the rest of the world — may have troubling blind spots.

That’s according to Daniel Metcalfe, a researcher at Lund University in Sweden. He examined a database of scientific articles on the Arctic. His findings, published in the most recent Nature Ecology and Evolution, suggest scientists rely on data largely collected in only a handful of Arctic locations.

This leaves much of the Arctic untouched by field work — or, at the very least, field work being done is not reaching the broader scientific community. This includes large swathes of Russia’s Arctic coastline and much of Canada’s northern “Arctic archipelago” — that collection of sparsely populated islands that make up Canada’s far North.

Almost all of this information [is] coming out of literally a handful of places.– Daniel Metcalfe, a researcher at Lund University in Sweden

Bulk of studies from 2 locations

Metcalfe considered an even more refined field: 1,840 scientific articles available on Aug. 18, 2015, in a database of scholarly work called the Web of Science, featuring field data gathered above the Arctic circle. These articles represented 6,246 sample locations and more than 58,000 citations in scientific journals.

Daniel Metcalfe, a researcher at Lund University in Sweden, argues scientists rely on a patchy collection of data about the Arctic. (Submitted by Daniel Metcalfe)

“There’s certainly a lot of information coming out,” Metcalfe said.

“[But] almost all of this information [is] coming out of literally a handful of places.”

According to Metcalfe’s research, 31 per cent of the citations are derived from research done within 50 kilometres of two research stations: one in Alaska (the Toolik Field Station) and one in Sweden (the Abisko Scientific Research Station).

It took Metcalfe and the 28 co-authors of the study about eight months to extract data from the 1,840 studies. The researchers read every article, identified the research station or locale involved, and then plotted their findings on maps.

“What that means is that of the full spectrum of climates and environment that exists across the Arctic, scientists — at the moment — have only really been studying a small portion of that full spectrum,” he said.

“There are types of environments that we haven’t really yet sampled so we might be missing something.”

‘Frontier’ in our own backyard

According to Metcalfe, in the best case scenario, assumptions we make about the Arctic as a whole may be sound. For example, the quantity of carbon storage in permafrost across the Arctic may be accurate, even if not confirmed by field work.

But sparse sampling across Arctic soils and permafrost could mean inaccurate assumptions about carbon storage and the rate of methane gas release from thawing ground.

We just don’t know, he says.

This could mean we have an inaccurate grasp of “full carbon storage across the Arctic.” 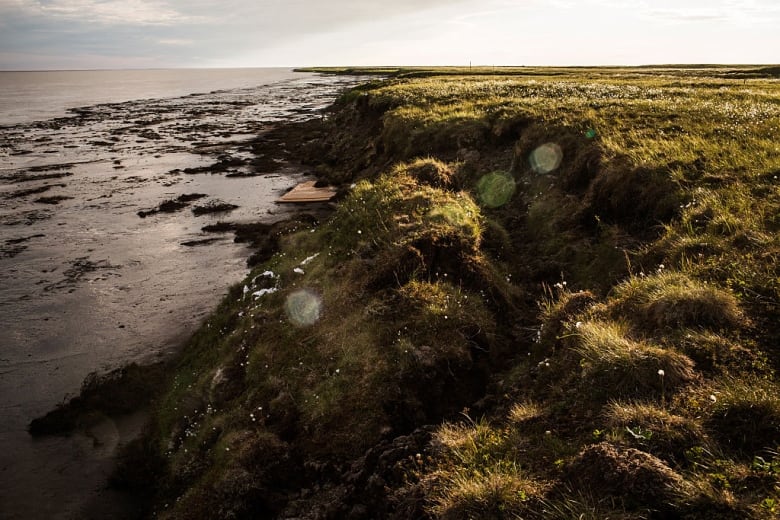 Erosion on the shores of the Ninglick River as seen in 2015 in Newtok, Alaska, caused by permafrost thaw. (Andrew Burton/Getty Images)

To complicate matters, Metcalfe’s research suggests scientists are oversampling locations warming slowly, while places warming much more rapidly, such as the Canadian Arctic, may be releasing stored carbon at a greater rate and in a greater quantity than assumed.

Metcalfe says this could mean scientists are underestimating the global impact of warming in the Arctic.

“When it comes to bacteria and viruses, that’s not so unlikely at all,” Metcalfe said. “I mean that’s kind of the frontier even in our backyard. Certainly in soil biology there could absolutely be … unknown species there.”

Why the Russian and Canadian Arctic is under-sampled wasn’t the main object of his research, but Metcalfe said the obvious language barrier when it comes to citing research published in Russian likely plays a role. In Canada, the cost of research in isolated locations is prohibitive. One recent study suggests research in the Arctic usually costs eight times more than research in less remote areas.

Despite that extra cost, Metcalfe said quite a lot of sampling is done in the Canadian North, but it doesn’t become widely cited or shared in the broader scientific community.

“That sampling is somehow not filtering through very effectively to the rest of the rest of our scientific colleagues,” he said.