The owner of Simpson Air says the victims of a deadly plane crash near Fort Simpson, N.W.T., on Thursday evening were tourists from Alberta and Saskatchewan.

Five people were in a Cessna 206 that went down at Little Doctor Lake at 6:35 p.m. MT that evening. Three passengers died, two from Saskatchewan and one from Alberta.

Another passenger — a woman from Alberta — survived, along with the female pilot, according to Ted Grant, the owner of the airline.

The territory’s Health and Social Services department told CBC News on Friday that the women were taken to the Fort Simpson Health Centre on Thursday evening, but weren’t hurt.

Grant could not provide the names of the people on the plane, but said next of kin had been notified, which the Transportation Safety Board also confirmed.

“Accidents happen, and we try to prevent them,” Grant said on Saturday. “We’re still not sure what happened.”

The plane that crashed at Little Doctor Lake in the N.W.T. on Thursday was operated by Simpson Air in Fort Simpson. (Kirsten Murphy/CBC)

The passengers were two couples who were out on a day tour of Nahanni National Park Reserve, Grant said.

The group’s plane took off from Fort Simpson and had been out on their adventure for four to five hours before the plane went down, he said.

The tourists already had a chance to visit the park reserve and see Virginia Falls that day, and were planning to stop at Little Doctor Lake to take in the scenery, Grant said. 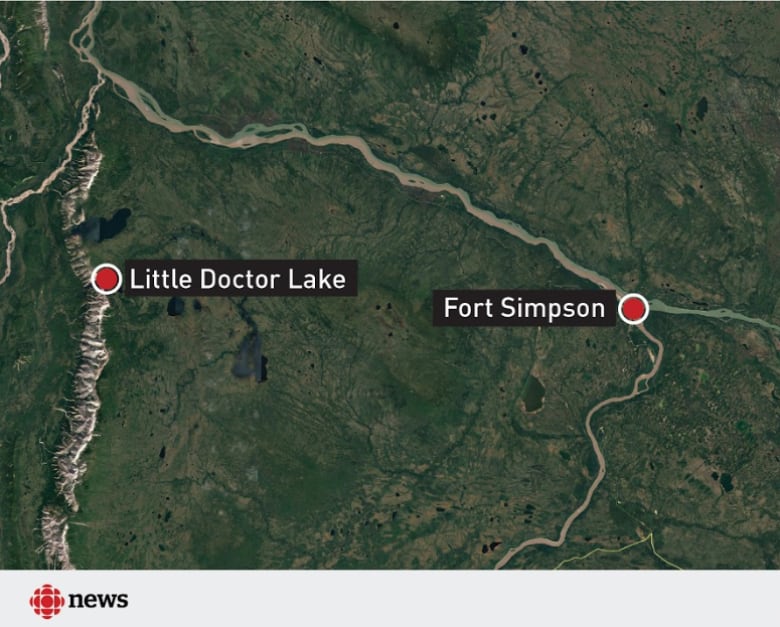 The incident happened at Little Doctor Lake, west of the community of Fort Simpson, according to the N.W.T.’s Health and Social Services department. (CBC)

Jon Lee, who works with the Transportation Safety Board in Edmonton, said Saturday that the plane is being recovered from the lake and investigators are expected to be in Fort Simpson on Monday.

The crash has been a shock to everyone at the airline, and added no one is working right now, Grant said, though he expect the airline to open again next week.