John Mantla sighs as his son settles him into his wheelchair in his home in Behchoko, N.W.T. He’s beginning the process of leaving his living room in the government housing unit where he lives.

The whole trip takes about 30 steps, but it’s an ordeal for Mantla.

To get outside, two people need to lift him off the couch, move him into his wheelchair and manoeuver around tight corners. Then, they carry him down two sets of stairs before helping him into the van.

Mantla, 59, was diagnosed with ALS in 2017. It’s a degenerative muscular disease that’s slowly paralyzing him.

He says he’s been lobbying Behchoko’s local housing authority and the Northwest Territories Housing Corporation for the past year to either build a ramp at his place or move him to a different unit. He says he’s received promises that something would be done, but no one’s stepped up to solve the problem.

It takes at least two people to help Mantla get down the steps at his home. (Mary Powder/CBC)

“I’ve been stuck in the house every day,” Mantla said. “One person could [help me] if I had a disability ramp, but now every time I get taken out to the store, or to Yellowknife for shopping, or to a doctor’s appointment, I need two or three people lifting me up to take me out of the house and put me in the vehicle.”

Mantla wants to be able to get out of his house more than once a day, but he feels it’s too much work to be carried up and down the eight steps that lead into his home.

“From the bottom of my heart, it feels very depressing,” Mantla said. “I can’t get help.” 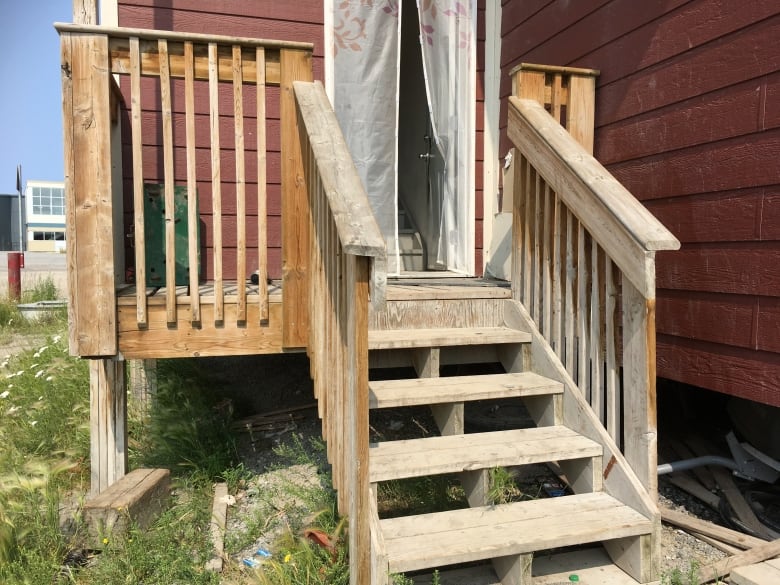 The second set of stairs outside Mantla’s home are steep and narrow. (Mary Powder/CBC)

With a ramp, he could regain a bit of the freedom he’s enjoyed his whole life, he said.

“I used to go out hunting and trapping, out on the land, walking in the bush, or going out on a picnic with my family. I can’t do that no more,” Mantla explained.

“The only way I can get out and be active is with a ramp on my doorstep instead of being stuck in the house all the time.”

Inadequate housing is a chronic issue in Behchoko, a Dene community about 100 kilometres north of Yellowknife. Dozens of people do not have a place to live and overcrowding is common. This puts accessible homes for people with disabilities at a premium.

Mantla says officials with the housing corporation told him there are aren’t any other units available in Behchoko that could fit his needs.

Charles Sanders, a spokesman for the Northwest Territories Housing Corporation, told CBC News via email it is “committed to ensuring that the designs of our units meet the needs of all of our tenants” and that the standard process is to build a ramp or transfer the tenant.

But he said he couldn’t speak about Mantla’s situation due to privacy concerns. 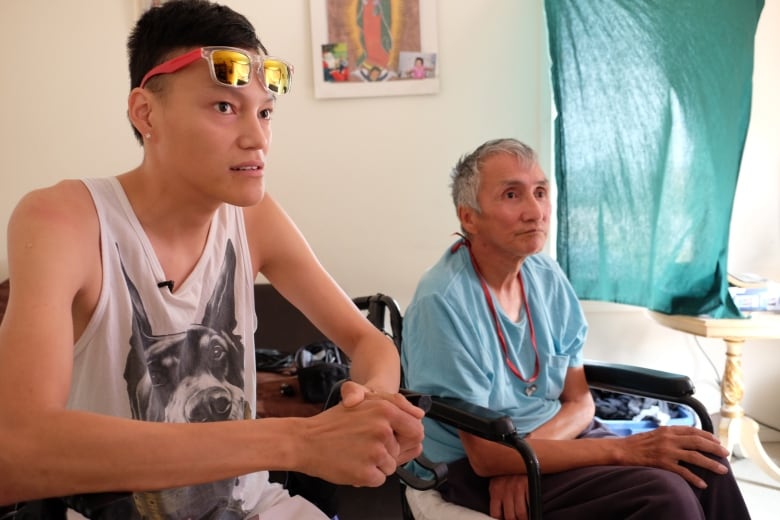 Nelson Mantla, left, is the primary caregiver for his dad, John. If there isn’t someone else at the home, Nelson has to leave the house to find someone to help get John down the stairs. (Alex Brockman/CBC)

Mantla’s 23-year-old son Nelson acts as his primary caregiver. If there isn’t another visitor at the house when John wants to leave, Nelson has to find friends or neighbours to help carry his father out of the house.

A ramp would make the biggest difference in helping the two out, Nelson said; eliminating the need for the extra person .

But for now, all they can do is wait for someone to help.

“You get frustrated just looking at the TV. It’s not an option,” John said. “You have to go out and enjoy yourself.” 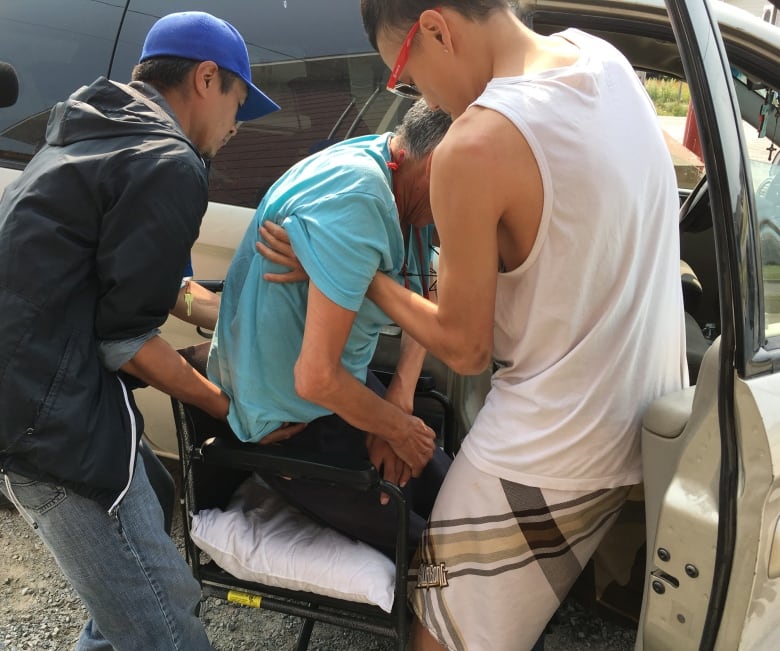 Mantla is helped into his van. Without help, he says he’d be unable to leave his home. (Mary Powder/CBC)