A rare copy of Mary Poppins has flown home to a central Alberta library, 40 years overdue.

It’s a hardcover first edition of the opening book in the popular children’s series, written by P.L. Travers and illustrated by Mary Shepard.

Published in 1934, Mary Poppins laid the foundation for the much-loved series about a magical English nanny.

Decades after it was removed from the shelves of the St Paul Municipal Library, the children’s classic has returned to its rightful place among the stacks.

Chuck Taylor, the manager of Next to New Store, a St. Paul thrift shop which provides employment to disabled people, found the book this spring.

The book, a first edition of the children’s classic, was found in a thrift store donation box. (Dwayne Olson)

“It’s worth about $1,000 from what we could find out — which would make a difference in the bottom line for a small thrift store — but the positive PR will make a much bigger difference,” Taylor said in an interview with CBC Radio’s Edmonton AM.

“We arranged to send it home.”

Taylor spotted the book when he was rummaging through a donation box in March.

A few of his keen-eyed employees thought the book might be something special.

Its yellowed dust jacket, adorned with an inky illustration of the title character, stood out among the more modern books in the tattered donation box.

Inscribed on the inside of the book jacket, it read, “Business Girls’ Public Library, St. Paul, Alberta.” The old library was the precursor to the current one. Founded in 1935, the community facility was run by a group of women volunteers and funded through community teas and socials.

The book had been discarded from the old library in 1978. Who owned it during the intervening decades remains a mystery.

All of Taylor’s attempts to track down the person who dropped off the donation box at his store were unsuccessful. 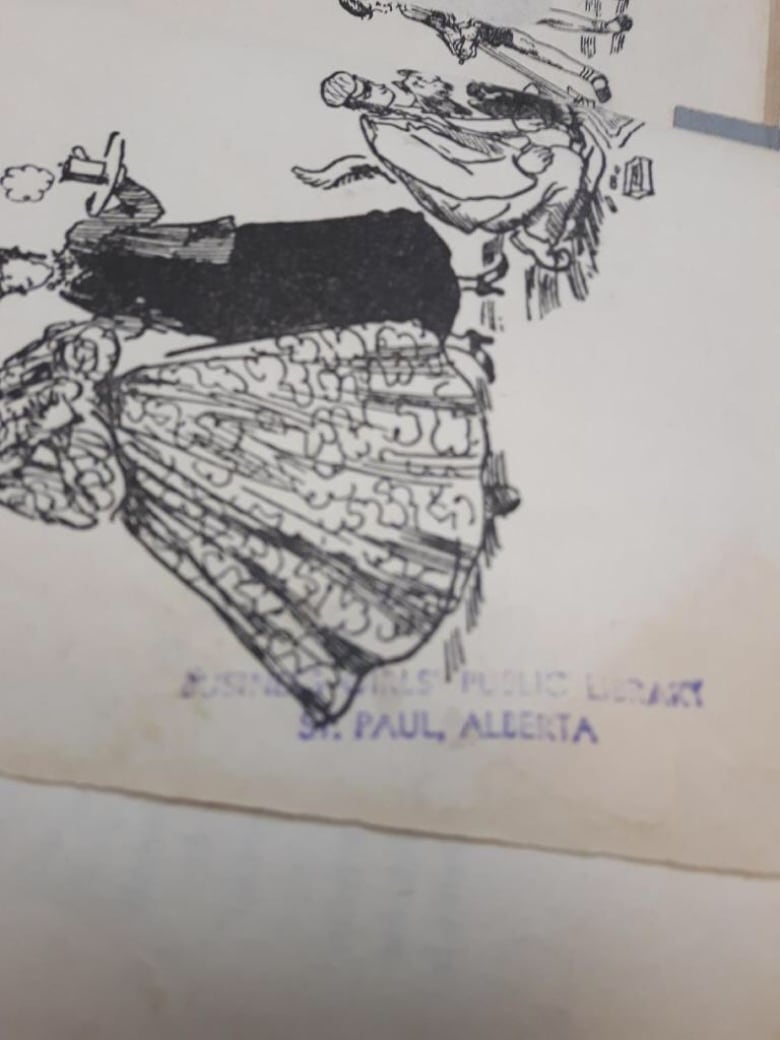 Inside the book jacket, an old inscription shows the book once belonged to the Business Girls Public Library in St. Paul. (Dwayne Olson)

Rare books are donated to the thrift store “more often than you believe,” but Taylor said there was no doubt in his mind that this one belonged back at the library.

Just like its title character, who opens her umbrella to levitate away on a westerly wind, the book needed to fly home.

“We view part of our job as steering items where they need to go,” Taylor said.

“Part of our mandate is to serve the community.”

After a short public ceremony last month, the book is now on display in the library’s special collection.

Taylor is feeling pretty supercalifragilisticexpialidocious about being able to give back.

“We try to steer things to places where we think they should go,” he said. “Anything we can’t use,we try to get it to someone who can.”