Mutated strains of HIV circulating in Saskatchewan are leading to faster-developing AIDS-related illnesses in the Indigenous population, new research has shown.

The research from the BC Centre for Excellence in HIV/AIDS and Simon Fraser University was presented at the 2018 AIDS Conference in Amsterdam on Thursday. It showed that the strains of HIV in Saskatchewan have high levels of immune-resistant mutations compared to ones in other areas of Canada and the United States.

“Physicians were saying there’s something going on here that isn’t right, people are getting sick very, very fast,” said Zabrina Brumme, the lead author of the study and associate professor of health sciences at Simon Fraser University.

“It’s almost as if the virus is nastier.”

Saskatchewan’s HIV incidence rates are among the highest in North America, with 2016 rates in some areas more than ten times the national average. Nearly 80 per cent of people with HIV in the province are Indigenous.

The researchers hypothesized that the quickly developing illnesses were linked with resistant strains that had adapted to the specific immune profile of Indigenous people.

Darryl Caldwell is a Saulteaux man and a member of the Cote First Nation. He contracted HIV in 2011. Soon after his diagnoses he became an advocate to help further educate First Nations communities.

“When I found out, it was surreal. I thought, ‘Is this really happening to me?’ Now I look at it as a blessing — that I got HIV — because it made me realize how precious life is. And it made me realize how we need to work together to prevent HIV, because it is totally, 100-per-cent, preventable … by using condoms and harm reduction services out there like the needle exchange,” Caldwell says

Darryle Caldwell is an advocate for education and prevention. He was diagnosed in 2011 with HIV, and stresses the importance ART therapy for those diagnosed. (Penny Smoke )

” As soon as I was diagnosed I was placed on ART, antiretroviral therapy, right away and since then my HIV [viral] load is undetectable. That’s why it’s important for people to get educated and tested, because a lot of people are dying on reserve now from full blown AIDS because they haven’t had access to testing.”

Currently Indigenous people make up 16 per cent of the provincial population.

“In Saskatchewan, like other places in the world, HIV is adapting to the host populations in which it is circulating,” Brumme said.

“In Saskatchewan, the majority of HIV-affected persons are of Indigenous ancestry so HIV, as a result, has adapted to these populations.”

The multi-year analysis compared more than 2,300 HIV sequences from Saskatchewan with sets from elsewhere in Canada and the United States.

More than 98 per cent of the HIV sequences collected in Saskatchewan had at least one major immune-resistant mutation. Researchers said that means the strains with similar mutations are being frequently and widely transmitted.

Jeff Joy, research scientist with the BC Centre for Excellence in HIV/AIDS, said while the findings are concerning, the good news is that if people get tested, existing treatment still works on immune-resistant strains. 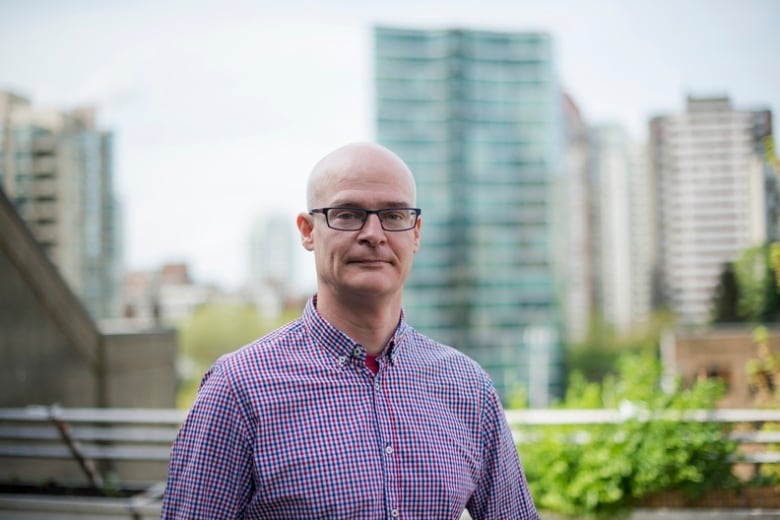 Dr. Jeff Joy, research scientist with the BC Centre for Excellence in HIV/AIDS. (Fernando Prado)

He said it’s critical to expand access to HIV testing and treatment in Saskatchewan because antiretrovirals not only makes a person’s symptoms diminish, but can also stop the spread of the mutated HIV strains.

“Strains that carry the mutations will slowly die out because they won’t be transmitted to other individuals,” Joy said.

The researchers said they plan to go to Saskatchewan and meet with communities and physicians to help spread the results and encourage more testing.

The Government of Saskatchewan announced an additional $600,000 in the 2018-19 budget for HIV medications.