Soybean farmer Philip Shaw is suffering from the effects of the North American Free Trade Agreement.

Ironically, as U.S. President Donald Trump threatens to up the ante with China, the NAFTA deal that he has called “the worst trade deal ever” means Canadian exporters like Shaw are suffering the backwash from sanctions never intended for them.

Regular readers may recognize Shaw as an agricultural economist I have quoted. But wearing his other hat as a Canadian soybean producer, the Dresden, Ont., farmer has been caught in the midst of an intensifying global tariff storm.

“I don’t know what’s going to happen,” says Shaw. “I assume this is very bad for trade, for soybeans. It’s been very bad for me.”

That pain is an example of the unintended consequences when the world’s countries start gunning for each other in a trade war. And strangely, while Canadian businesses should be exempt from counter-tariffs exacted by other countries on U.S. industries, that’s not the way it has worked out.

Instead, the Canadian economy could end up suffering a double whammy.

A customer scoops soybeans as she shops at a supermarket in China, the world’s largest importer of the product. (Reuters)

As well as being hit by U.S. tariffs such as those on Canadian steel and aluminum — plus the effects of the Canadian countermeasures trade experts say are necessary — Canadian product prices have already been hit by counter-tariffs from China that were supposed to be aimed exclusively at U.S. targets.

If Trump’s latest threat to put tariffs on more that a half-trillion dollars worth of Chinese goods leads to the inevitable Chinese response, the list of Canadian products affected is likely to expand.

Soybeans are a perfect illustration of how the process could work.

Unlike some products such as corn and Alberta oil, the vast majority of Canadian soybeans don’t even pass through the U.S. on their way to global markets.

In theory the Canadian product should be unaffected by foreign counter-sanctions. The Canadian supply chain follows distinct domestic routes outside the notional Chinese tariff barrier, which is the U.S. border.

Canadian soy, travelling by ship out through the Great Lakes and St. Lawrence Seaway, or by rail to British Columbia ports, is entirely exempt from China’s counter-tariffs. 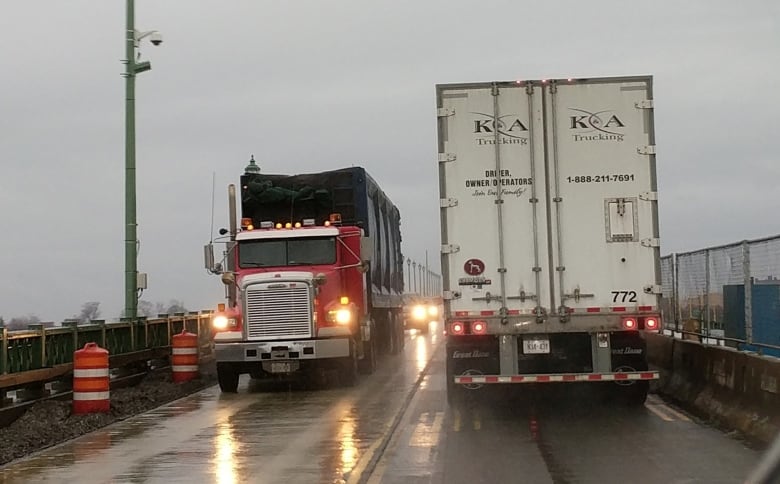 But as Shaw laments, when the price of U.S. soybeans fell as China stopped buying them, the price of Canadian soy fell with it.

“The imposition of a 25 per cent tariff on American soybeans destroys American soybean demand, which by default destroys it for Canada as well, because our prices are $2 less than they were about eight weeks ago,” says Shaw.

Despite all Trump’s trade war sabre-rattling and threats against NAFTA, unless specifically excluded by exceptional trade rules, agricultural goods, including wheat, corn, beef and pork, flow back and forth across the undefended border tariff-free as if they were travelling within one country. The same applies to most non-agricultural commodities including energy and minerals.

While Shaw says the Canadian government would step in if someone tried to ship U.S. soybeans pretending they were Canadian, with an undifferentiated commodity where one soybean is virtually identical to the next, prices in any free market level out like water on the surface of a lake.

As soybeans leave from one end of the figurative soybean lake, cheap U.S. soybeans flood into the lake, keeping prices the same.

Something similar is already happening in global commodity markets. As Chinese buyers cancel U.S. orders and look for alternative sources, the price from Brazil, the world’s largest producer, have soared to a four-year high.

But already that price difference is starting to alter trade supply lines. Bizarrely, Brazil has begun importing cheap U.S. soybeans for their own use, while exporting their own crop to China at a higher price. Countries that don’t have a tariff on U.S. beans are switching to U.S. sources.

“They will find another destination and move them in there,” he says. “But at a discount. They will move it at a cheaper price.”

And in a world where Canadian and U.S. producers are joined at the hip by the NAFTA’s open borders, Canadian producers will get that cheaper price as well.