Thousands of Malians voted in presidential elections Sunday in the capital, but others struggled in parts of the country’s north where some ballot boxes were burned and in the central region where voters feared threats by extremist groups.

Voters have expressed concern about being targeted after al-Qaeda​’s Mali branch warned for months against going to the polls. Deadly communal clashes between ethnic groups and accusations of heavy-handed counterterror operations have complicated what President Ibrahim Boubacar Keita hopes will be an election victory leading him to a second term.

As he voted in Bamako, Mali, Keita commended Malians on a successful and peaceful day of voting.

“It is a real pleasure for me to perform this citizen act, and it is the start of victory for the people of Mali, who have voted in calm and serenity,” he said. “This vote will have demonstrated our democratic maturity and our status as a great people.”

Opposition presidential candidate Soumaila Cisse casts his ballot during the presidential elections in Niafunke, Mali, on Sunday. (Boubacar Sada Sissoko/Union for the Republic and Democracy via AP)

His main challenger is 68-year-old Soumaila Cisse, his rival in 2013, who has criticized the president for not addressing Mali’s rising insecurity.

No polling stations opened in some central Mali Fulani villages under the control of jihadists, including Yamassadiou and Onde. And despite the presence of Mali’s army in Boulikessi, stations didn’t open there, said a security official in the region who spoke on condition of anonymity because he wasn’t permitted to speak to the press.

Only a few stations were closed in Douentza district in Mali’s central Mopti region, where armed men kidnapped the head of a polling station in Gandamia village, the official said. Though that particular station reopened, people fear going to the polls.

Opposition leader Cisse, who voted in his village, Niafounke in the Timbuktu region, said that in Dianke, ballot boxes were taken away. He also said that ballot materials for another village Berre, remained in Timbuktu. 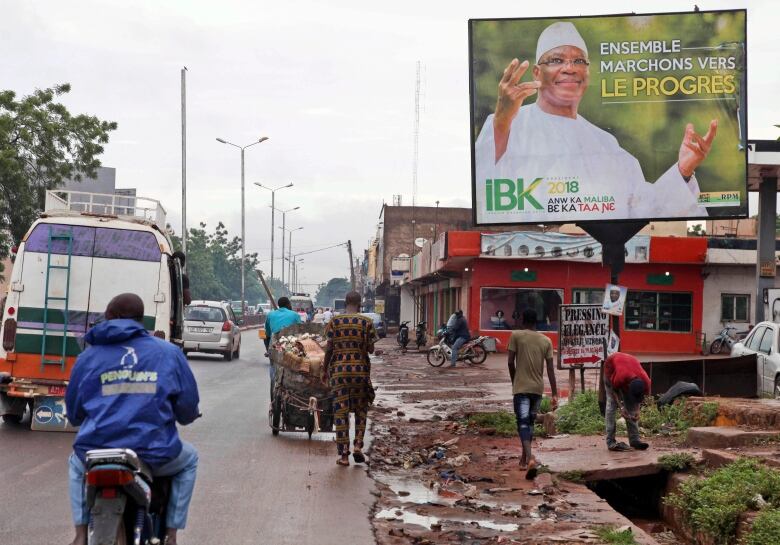 Motorbike taxis ride past a giant billboard of Keita that reads ‘Together moving towards Progress’ in Bamako, Mali, on July 18. (Associated Press)

Doubts of a valid election

“Despite the difficulties of insecurity and transport, it was a duty for me to come and vote here with the people who trust me,” Cisse said. “Malians must vote. It is very important. Each Malian must also be vigilant against attempts of electoral fraud. There must be transparency.”

Several political parties have expressed doubts about a valid election after duplicate and fictitious polling stations were listed on the electoral commission’s website.

The government and the electoral commission have promised a smooth vote, but many in Mali are still worried about postelection violence should Keita win in the first round.

“I voted, but all that people are saying is worrying me. I do hope there won’t be an election crisis,” said 67-year-old Ibrahim Traore.

More than eight million voters are registered. If no candidate wins more than 50 per cent in the first round, Malians will vote in a second round on Aug. 12.

Experts say Mali is less secure than in 2013, when French-backed forces pushed extremists in the north from their strongholds.

A more assertive response by Mali’s security forces to the attacks has led to accusations by human rights groups of extrajudicial killings. In some areas neighbours have turned on each other, amid suspicions of influence by extremist groups.

Oumar Toure, a leader of a local civic association in Mopti, said things have shifted there.

“The current president IBK considers Mopti region his enemy, and he left it … that’s why all the insecurity of the north has come to settle here,” said Toure. “In Mopti, it’s the law of the strongest.” 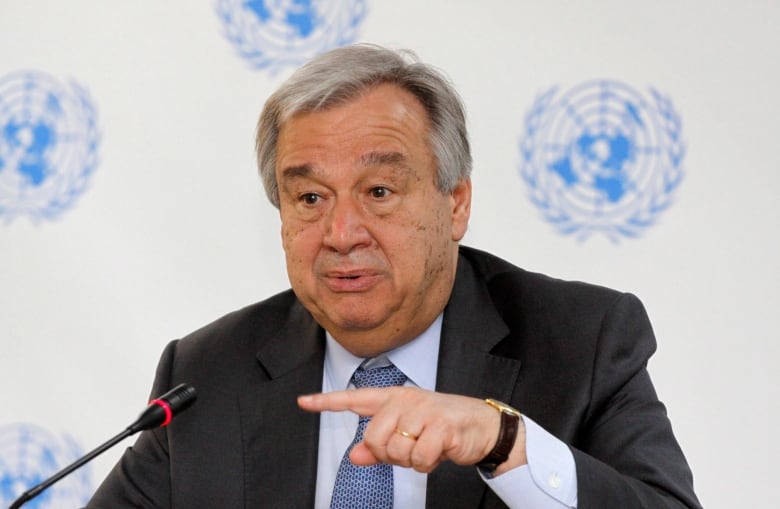 United Nations Secretary General Antonio Guterres called on Malians to maintain a peaceful course and said in a statement Saturday he was encouraged by a peaceful campaigning period, despite security challenges in the north and centre.

“The Secretary-General urges all political actors in Mali to commit to making this poll a peaceful, free and transparent process, and to resolve any possible dispute through the appropriate institutions in accordance with the law,” his statement said.

Meanwhile, Iyad Ag Ghaley, the leader of al-Qaeda’s Mali branch known by its French acronym JNIM, sent a message on Telegram and Twitter saying that his organization opposes the elections.