​In the middle of the night last Friday, a 26-year-old inmate was transferred to the medical infirmary at the Edmonton Remand Centre. It’s not clear why.

Five hours and 13 minutes later, Maxim Baril-Blouin was dead of an apparent drug overdose. A subsequent search of the cell turned up traces of fentanyl and carfentanil.

While staff at the mammoth facility was still reeling from Baril-Blouin’s death, later that same day, in a different part of the jail, six more inmates collapsed from apparent drug overdoses. All six men who were housed on unit 3A had to be revived, then taken to hospital.

The remand centre was put on lockdown Friday afternoon.

But the drug trouble wasn’t over yet.

On Sunday evening, two days after Baril-Blouin died, an inmate was discovered lying on the ground in his cell. He had a pulse but wasn’t breathing. He was given the antidote Narcan six times, revived, then also sent to hospital.

The details are contained in 15 pages of incident reports, written by remand centre staff and supervisors, that were leaked to CBC News.

According to an incident report, video captured Baril-Blouin going into cell 16 around 2:30 a.m. “He briefly sets up his room and at 2:38 he removes something from his right sock,” the report states.

Baril-Blouin, who grew up in Whitehorse, was sharing the cell with a man who had a broken arm. That inmate later told investigators the new arrival woke him up to ask him to roll a piece of paper for him. Then Baril-Blouin asked if he wanted to “share the drugs he had brought.”

One Edmonton Remand Centre inmate died and seven others were taken to hospital this past weekend from suspected drug overdoses. (CBC)

The incident report says the other man asked Baril-Blouin what the substance was, and he responded, “Purple”.

An Edmonton police spokesperson told CBC the service has seen many different colours of fentanyl in the city, including purple.

The inmate told investigators he looked at the substance, tasted it and decided he didn’t want any. Less than 20 minutes later, he began to vomit. But it wasn’t until the morning he realized something was wrong with his roommate “as he thought he had gone to sleep,” the report says.

The incident report also says the video shows Baril-Blouin bent over the table next to their bunks for a while, then “appears to bend lower over the table, as if to snort or take the unknown substance he’s prepared on the table.”

At 3 a.m., Baril-Blouin “begins to show signs of being heavily under the influence of the substance, sitting on his bunk, rocking back as though he is losing consciousness,” the incident report says.

“Soon after [he] falls over backwards, hitting his head on the wall behind him. He immediately clutches the back of his head and curls into the fetal position on his right side.”

Three minutes later, Baril-Blouin stretched his arms out over his head, rolled onto his back and didn’t move again.

When it was time for breakfast the cellmate was unable to wake up Baril-Blouin. He became concerned and called staff.

Officers found the inmate “lying in [an] awkward position on the right bunk.”

They tried to wake him up but got no response, so they called a Code 99: a medical emergency. By that time, Baril-Blouin had little to no pulse. The incident report states the 26-year-old was “unresponsive, cold to the touch and appeared blue in colour of the facial area.”

Medical staff tried CPR. They gave him epinephrine three times, but got no response. They tried Narcan, but were unable to revive him. 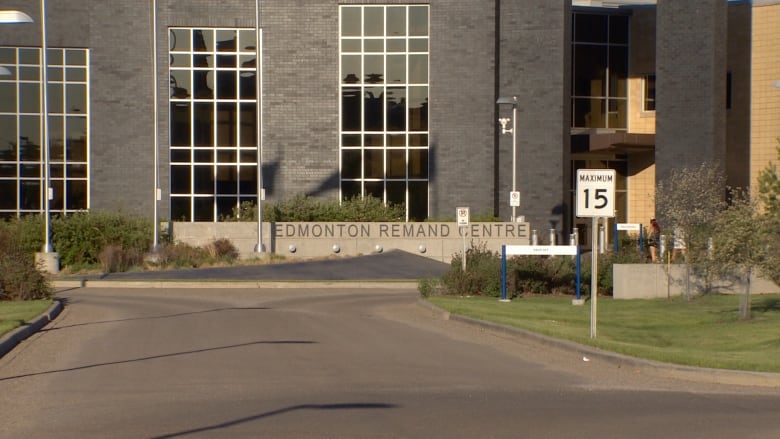 After the body was removed, cell 16 was sealed to protect the scene.

They found a “note with suspected drug powder inside it that was open on the right hand side of the bunk.” It was exposed because the mattress had been pulled out into the common area during medical intervention.

The powder later tested positive for fentanyl. Investigators also took a swab of the desk inside the cell that Baril-Blouin had been sitting at overnight. Testing resulted in a positive result for carfentanil and fentanyl.

At 3:36 p.m. on Friday afternoon, many of the inmates were lined up for canteen treats on Unit 3A, a section of the remand centre typically used for prisoners aged 50 and older.

An officer noticed an inmate lying on chairs in the common area. He wasn’t responsive. A medical emergency was called.

They gave him two shots of Narcan, which revived him just before 4 p.m. The inmate was taken to hospital.

Staff began to conduct a wellness check on the rest of the unit and found another inmate unresponsive inside cell 31. His cellmate said the prisoner was eating a chocolate pudding when he suddenly collapsed.

While Alberta Health Services staff was trying to take care of the inmate in cell 31, they were alerted to another problem in cell 26.

Officers removed him from his cell to a common area and then noticed an inmate in cell 27 who “was barely opening and closing his eyes,” the incident report says. They removed him to the common area for medical attention.

During the next several minutes, another two inmates were found in unit 3A in “various stages of distress.”

Trying to find the source of the drugs, correctional officers checked out the occupants of cell 16. One of the men in the cell was “suspected of possessing narcotics.” The incident report says both men were taken for body scans.

By 5:15 p.m., the supervisor wrote in his report, the last emergency crew had departed and the emergency Code 99 was cleared.

Back in Unit 3A around 7 p.m. Sunday, officers were letting inmates out of their cells to receive medication. When there was no response from cell 8, staff went to check.

The incident report states an inmate was lying on the ground in apparent medical distress, not breathing, but with a pulse.

Once again a Code 99 was called. Over the course of 12 minutes, Narcan was given to him six times, until he finally regained consciousness. He was transported to hospital.

Alberta Health Services advises all seven inmates who had to be transported to hospital have since been released and sent back to the Edmonton Remand Centre.

To date in 2018, four inmates have died of suspected drug overdoses at the Edmonton Remand Centre.

Alberta Justice has been asked for comment on the incidents of the past weekend, but so far have not responded.