A former Humboldt Broncos player and his family have been identified as among those killed in a car crash that took place north of Elrose, Sask. on Friday.

Troy Gasper, 26, his wife Carissa, 28, and their three children — ages two, four and six — were in one of the two SUVs involved in a head-on collision on Friday afternoon.

The couple’s three children were among the victims killed in the crash. (Facebook)

The 71-year-old woman driving the other vehicle, who was from Swift Current, also died in the crash.

Gasper played with the Broncos during the 2009 to 2011 seasons, playing with the Rosetown Redwings shortly after.

The Humboldt Broncos suffered another tragedy earlier this year when 16 people died after its team bus crashed on the way to a playoff game.

We regret to announce the passing of Troy Gasper, his wife and his 3 children as a result of a car accident in Saskatchewan yesterday.<br><br>Gasper played two seasons with the Humboldt Broncos from 2009-2011.<br><br>Our thoughts and prayers are with the Gasper family at this time. <a href=”https://t.co/LiQc09Zt7h”>pic.twitter.com/LiQc09Zt7h</a>

The SJHL sends condolences to the families of the loss of former <a href=”https://twitter.com/HumboldtBroncos?ref_src=twsrc%5Etfw”>@HumboldtBroncos</a> Troy Gasper, his wife and their three children.

An elementary school in Rosetown confirmed it had lost “a dear student” and her family, and said that counselling services would be offered at the school on Monday and Tuesday.

​The head-on collision between two SUVs happened Friday afternoon on Highway 4, north of Elrose, about 150 kilometres southwest of Saskatoon.

“They were all declared deceased on scene. As a result of the collision, both vehicles were engulfed in flames,” Cpl. Rob King, media relations for RCMP F Division, said. 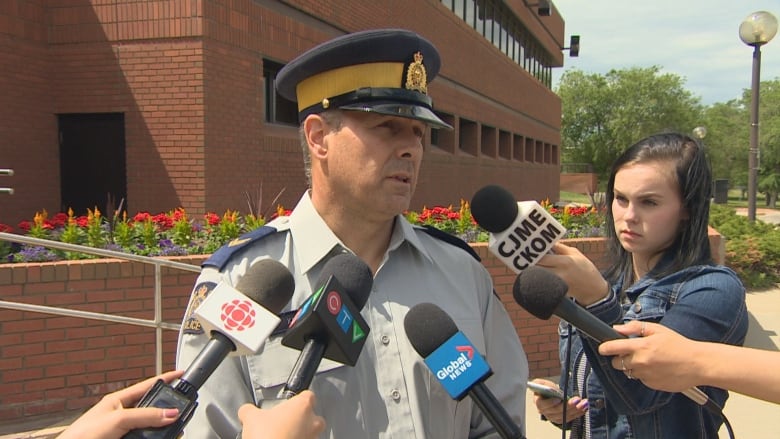 Cpl. Rob King, a spokesperson for RCMP F Division, spoke to reporters about a vehicle collision near Elrose, Sask., that claimed the lives of a family of five, and another 71-year-old woman. (CBC News)

The mayor of Elrose, Dennis Dixon, said a crash of this magnitude is tragic no matter where it happens.

“Any time that you have a crash like that anywhere, it’s something you don’t want to see,” Dixon said. 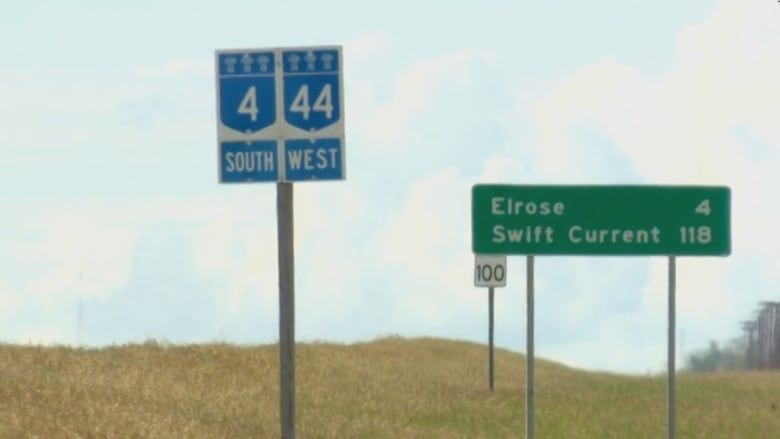 The collision that claimed the lives of six people took place on Highway 4, just north of Elrose, Sask. (CBC News)

RCMP said the investigation into the crash is ongoing and that the cause of the collision has not yet been determined.

“At this point in the investigation, it’s too early to tell [what happened],” King said.

“We did dispatch an accident reconstructionist. They have just recently cleared the scene … It’s going to take time to determine exactly what happened to the best of their abilities.”