Two people were forced to flee a southeast Edmonton home after it was damaged by fire Friday night.

The fire started just before 10:40 p.m. near 70th Avenue and 97th Street, in the Hazeldean neighbourhood.

The fire started in the home and spread to the garage, Mellado said. It was finally declared out at 4:25 a.m. Saturday.

The cause of the fire has yet to be determined. 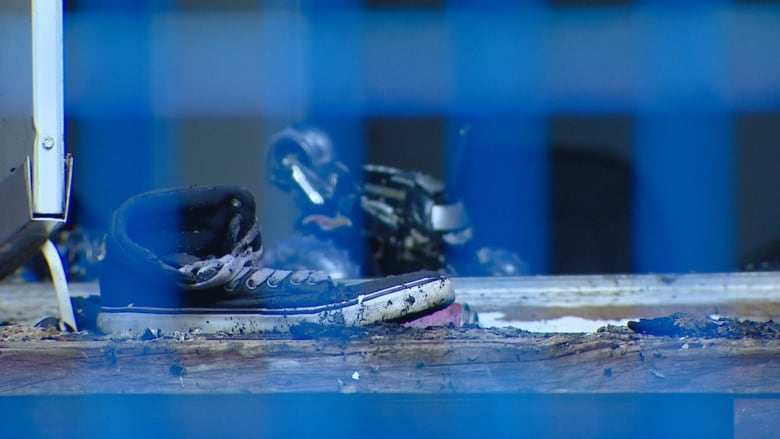 The fire was declared out at 4:25 a.m. Saturday. (Scott Neufeld/CBC)