It’s impossible to tell if meat is contaminated with potentially deadly E. coli bacteria by simply smelling or looking at it, but one day a glance at the plastic packaging could let consumers know if it’s safe to eat.

That’s the hope of a team of researchers at McMaster University in Hamilton, Ont.

They’ve developed a thin, plastic patch they call Sentinel Wrap that changes colour under ultraviolet light when it comes into contact with meat contaminated with E. coli, a food-borne bacteria that can cause extreme illness or death.

The thin, flexible plastic patch looks simple, but it’s taken 15 years of research to get it to work, says Tohid Didar, an assistant professor in McMaster’s chemical and mechanical engineering department.

He holds up the transparent patch, about the size of two postage stamps, between his thumb and forefinger in his lab.

“This could be the wrap that you wrap around your meat for example,” he says. “You can then scan the food to find out what’s going on.”

A researcher demonstrates the flexibility of a small plastic patch that can detect E. coli with the help of ultraviolet light. The patches are not yet publicly available. (Marie Morrissey/CBC)

To create the patch, a printer deposits tiny droplets of DNA molecules onto a thin, flexible plastic film. When the patch comes into contact with E. coli and is exposed to ultraviolet light — the kind commonly used to detect counterfeit bills — the molecules light up, signalling the presence of bacteria.

Didar says the current method used to test for E. coli and other food-borne bacteria is a multi-step process that takes at least a day.

“You need to take the package, open it, process it, take it to a lab, either culture that sample or try to do different laboratory-based experiments to find out what’s going on, ” he says. “Our goal is to avoid all that so you can get real-time information.”

Team member Carlos Filipe, chair of McMaster’s chemical engineering department, hopes that shoppers will one day be able to point their smartphone cameras at packaged fresh food and check for contamination by using an app.

“The goal is to allow people to ultimately look at the packaged food and be able to tell if there is food contamination, like E. coli, in that food, without having to open the package,” says Filipe.

Research could expand to salmonella, listeria

He says the research team is working to develop Sentinel Wrap patches for other types of food-borne bacteria, including salmonella and listeria.

The patches also detect contamination in water and other liquids. 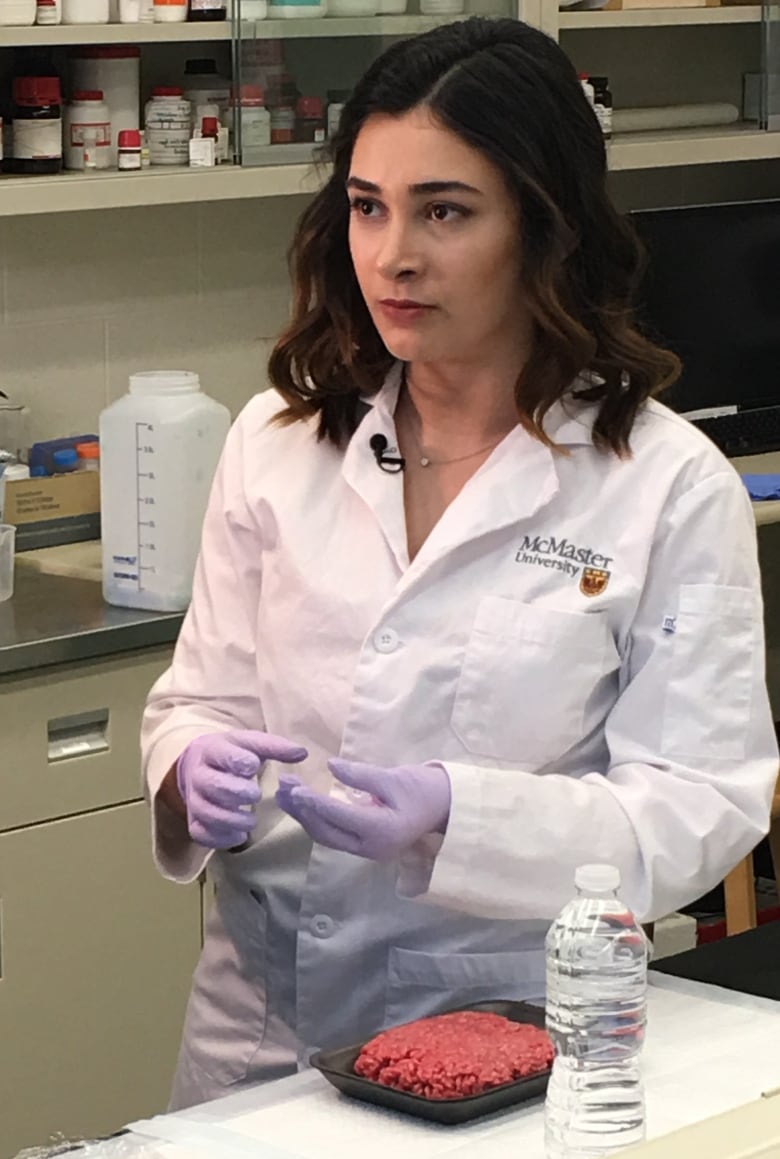 Hanie Yousefi, a graduate student in mechanical engineering at McMaster University, explains the E. coli testing technology. She is continuing research on the project. (Marie Morrissey/CBC)

Didar says Sentinel Wrap itself is safe and does not contaminate food.

The researchers published their findings in April in the scientific journal ACS Nano, but they still have obstacles to overcome before they can test the patch in the real world.

It would first need approval from food regulators, then the researchers would have to bring down the cost of mass production.

“We are hoping that in two years’ time, with the industry partners that we are currently talking to, we can at least start some pilot studies on these so that we can have some selected food in grocery stores that we can follow and see what happens,” says Didar. “That’s the goal.”

The Canadian Meat Council, which represents meat packers, reacted positively to the invention.

“A rapid detection tool that is accurate and specific would be a great addition to the food safety toolkit,” said council spokesperson Marie-France MacKinnon in an email to CBC News.

But, she said, the best defence against food contamination is knowing how to properly cook meat. 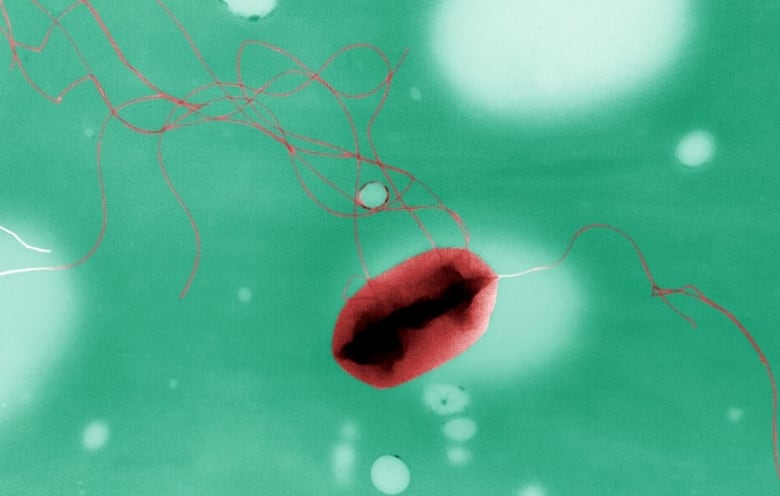