As a child, Katie Degen knew what alcohol abuse looked like.

Her mother, who had struggled with addictions since age 15, found she was unable to care for her daughters, and sent them to live with grandparents in Kelowna.

The grandparents, unable to afford both girls, placed Degen in foster care, where her unstable life continued.

Drinking alcohol was “just something that always kind of went hand in hand with me throughout my life,” Degen said in an interview Friday with CBC Radio’s Edmonton AM.

Now 26, Degen said she knew she wanted to break the cycle.

“When I first started drinking less, I just really didn’t know what do during the day,” she said. “I just would wait around until the night.”

Degen is the founder of Sober Saturdayz, an initiative she’s introducing in Edmonton with an event at El Cortez on Aug. 25 (tickets for the event can be purchased online).

She got the idea of organizing alcohol-free parties at venues across the city from her own friends. 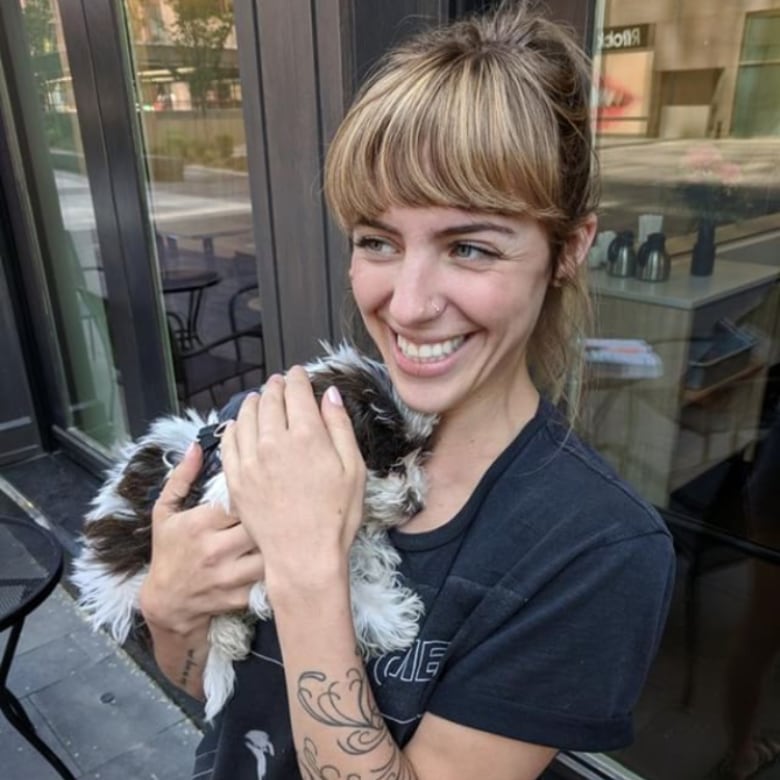 Kaitie Degen, pictured with her dog, started Sober Saturdayz because she wanted to live a more productive life and help others to do the same. (Supplied by Kaitie Degen)

“We all have this frustration,” she explained. “We wanted to socialize, but it had come to a point where we just didn’t know how to socialize without booze or substances.

“You can’t just be staying up late drinking every night for the rest of your life.”

Degen, studying acupuncture at Reeves College, said support for the initiative was almost overwhelming at first, then began to dwindle.

“What I realized is, people kind of have created this social anxiety without booze,” Degen said.

She said she found people feared they would be left out if they didn’t imbibe.

Through Sober Saturdayz, Degen hopes to redefine what it means to be sober.

“You don’t have to be totally sober all the time,” she said. “Sobriety is personal. It’s different for everyone.”

To Degen, sobriety is more about managing consumption.

“There really is no one to teach you how to use alcohol and things like that,” she said. “You’re told not to use it your whole life, and all of a sudden, OK, you can use it, and people binge. And then it gets to a point where it’s like suddenly, it’s a problem.”

While Sober Saturdayz are intended to be alcohol-free, Degen said she hopes they offer people the confidence to make decisions about their own limits.