Do you have a favourite hometown hidden gem that flies under the radar?

That was the question this week on Alberta at Noon, as the show spoke to a number of guests, and callers (and emailers) about a few overlooked spots that Albertans might want to check out.

It was inspired by Edmonton high school student Riley Holterhus, who had no intention of launching a trend.

“I’m leaving [Edmonton] soon and won’t be back in the future. I just wanted to record the places I like. I posted on Reddit and it got really popular,” he said.

Riley Holterhus is working with a web developer to create an interactive map of the city’s hidden gems. (Riley Holterhus/Facebook)

Among those commenters was someone from the University of Alberta, who offered to work with Holterhus to create a website featuring his favourite places. 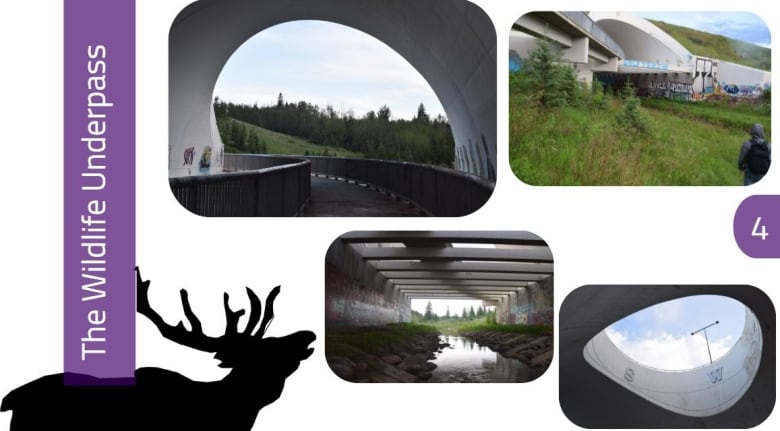 This south Edmonton wildlife underpass is one of Holterhus’s favourite destinations. (Riley Holterhus)

He was also a big fan of the Edmonton wildlife underpass.

“That’s on the south side. It’s a place they made for the wildlife to go under the road. There’s lots of graffiti there, but it’s all pretty tasteful, and it’s all just a really cool place to go check out,” he said.

In Calgary, travel writer Kim Gray, the co-founder of the Toque and Canoe website (and wife of the Calgary Eyeopener’s David Gray), shared a couple of her favourite under-the-radar destinations.

First suggestion for all visitors flying into Calgary: drive east to the badlands, rather than west to the mountains.

“The badlands are so dramatic — and here I’m thinking too of the amazing Horsethief Canyon,” she said, referencing an area 16 kilometres northwest of Drumheller.

“It’s otherworldly. It’s fantastic for kids to run around in,” she said, noting its history as the hiding place for horses smuggled into Canada from the U.S. It’s also known for good fossil hunting. 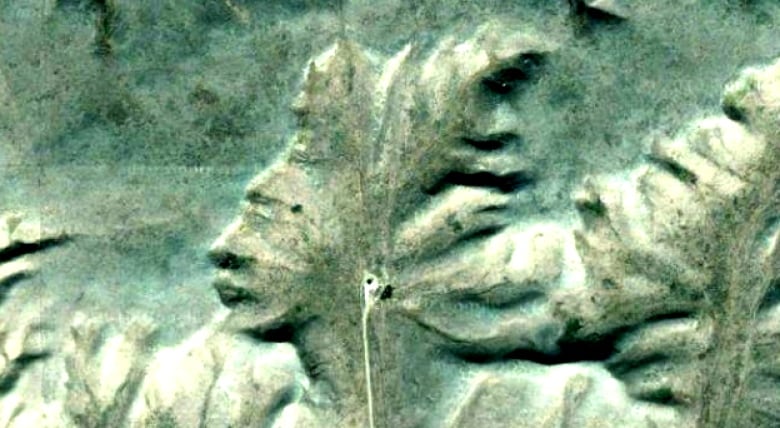 Thousands of years of erosion have left southern Alberta with a spectacular geological formation that can only been seen from up in the air. The Badlands Guardian can be found near Medicine Hat — from the sky it looks like a human head. (Google Maps)

Of course, the Drumheller area is the home of the Royal Tyrrell Museum.

“I took my 80-year-old mom there. I didn’t know she was a dinosaur fan, but I discovered she was. She was like a kid there, devoured the natural history and excited by what she saw in the museum.” 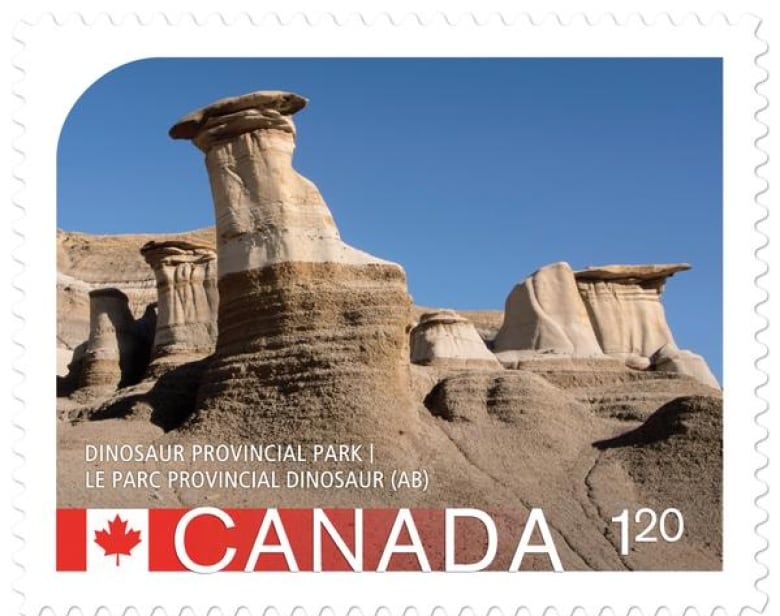 Alberta’s Dinosaur Provincial Park is so lovely, Canada Post put it on a stamp (although the hoodoos on this stamp are actually near Drumheller, not the park.) (Canada Post)

A little further out — about two hours from Drumheller — is Dinosaur Provincial Park, which Gray thinks might be worth a look.

“This park has been designated a UNESCO world [heritage] site, because over 50 dinosaurs used to be there,” she said.

“Amazing rivers used to flow there 75 million years ago.”

“You can camp here — and glamp here — because there are premium riverfront sites you can rent,” she said.

Gray also selected an under-the-radar hidden gem hiding in plain sight in one of Canada’s most popular tourist destinations: the Banff Centre for Arts and Creativity.

“Of course you read about Banff in guide books, but do you know about the Banff Centre for Arts and Creativity? Often when I go to Banff, that’s where I stay. It’s off the beaten path,” Gray said.

“You can just feel the creative juices flowing wherever you go. 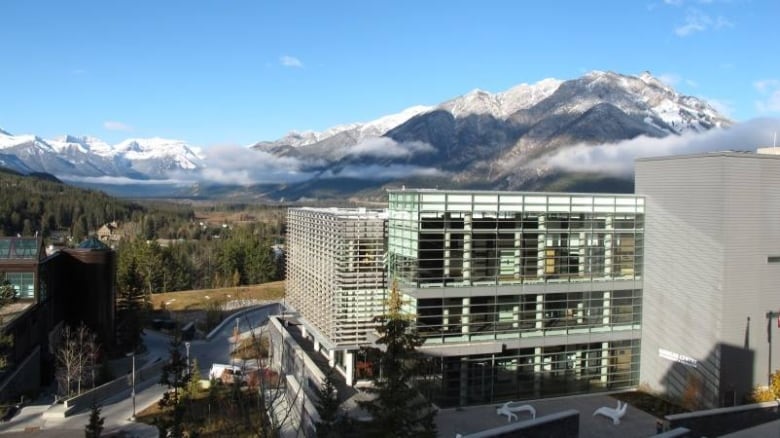 “Every year, 4,000 artists and leaders from across the country and around the world … come to the centre to train, and create new work,” she said.

“This work is showcased at the centre for you and I to enjoy in the form of performances, exhibits, concerts and talks.”

Gray also got an insider tip from Travel Alberta writer Lisa Montforton, who was on assignment visiting the Cowboy Trail — Highway 22 — or more specifically, Black Diamond.

She recommended a restaurant called The Westwood, which she said has a great outdoor patio, and offers things such as deep-fried avocado and lamb burgers. It also has live music on weekends.

There’s also a great brewery in Black Diamond called Hard Knox, run by a local brother and sister. The names of the beers pay homage to local ranchers and homesteaders of yesteryear, including gas riggers and miners — hence, names such as Dusty Trail and Gruntwork. 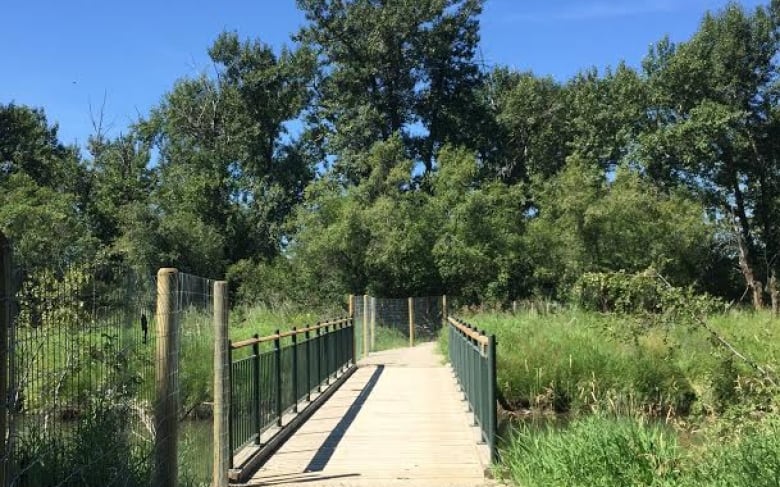 The Inglewood Bird Sanctuary was one of Calgary’s hidden gems suggested by listeners. (CBC)

Here’s a select sampling of locations, venues, and sometimes not much more than vistas provided by callers, emailers, and guests. 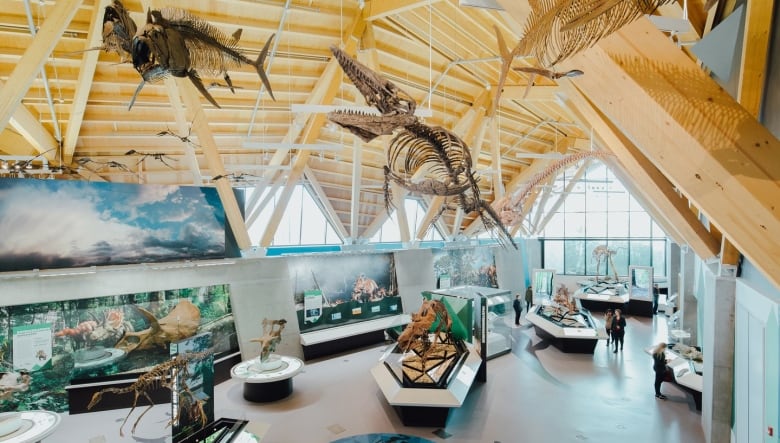 Votes were cast as well, by callers, for the sandstone mansion ruins in Stanley Park, the Inglewood Bird Sanctuary, and the Colonel Walker House, inside the sanctuary. Listeners also suggested the accidental beach in Edmonton, also Medicine Hat, which has “115 kilometres of paved hiking paths,” the caller said. Cold Lake was recommended by caller Chris from Cold Lake.