A unique aircraft is in Fort McMurray this month to test the cocktail of pollutants emitted by oilsands facilities.

Shao-Meng Li is excited talking about all the gadgets and gizmos on board the twin-propeller Convair 580, a flying research lab.

“The aircraft is ideal because it has enough payload that we can put some sophisticated instruments on board,” said Li, a research scientist with Environment and Climate Change Canada.

After a day of testing Thursday, crews leave the plane. (David Thurton/CBC)

“And … it has enough range that it could fly in a time frame that’s desirable.”

The Convair 580, which belongs to the National Research Council of Canada, has been modified with 25 air-quality-testing instruments in preparation for a series of flights this summer over oilsands facilities in the Fort McMurray area.

The aircraft is “the most extensively instrumented aircraft in Canada for air quality studies,” said Stewart Cober, research manager with Environment and Climate Change Canada. It’s one of only a few planes in the world that can test particles and gases in the air.

This is the second time Li and his team have studied oilsands emissions from high above. 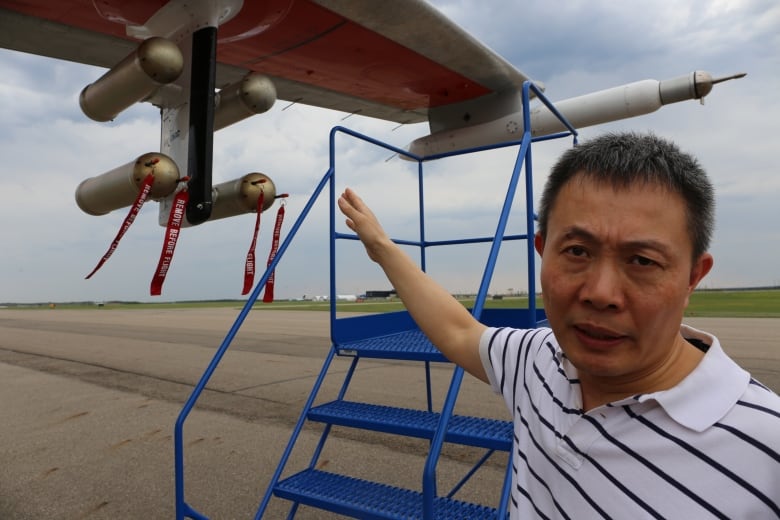 Lead researcher Shao-Meng Li points out one of several tubes used to sample the air outside the aircraft. (David Thurton/ CBC)

In 2013 the researchers did similar work and found levels of air pollutants from oilsands mines might be underestimated.

But there were gaps in the research and now the team is back to sample a larger area with more modern instruments on board.

“We have newer technology to measure newer compounds that we weren’t able to do in 2013,” Li said. 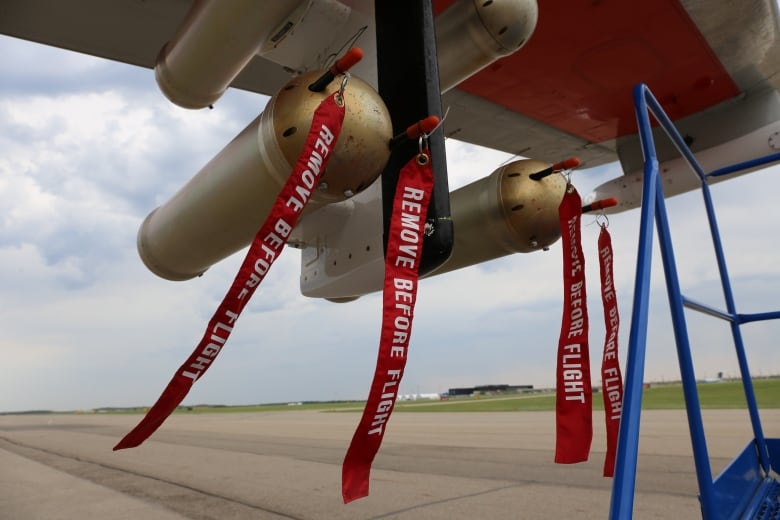 A closer look at the tubes that ingest exterior air for testing. (David Thurton/ CBC)

Last time the team tested for hydrocarbons such as methane and volatile organic compounds, which can be harmful to human health.

The earlier research was restricted to areas such as mines and tailings ponds north of Fort McMurray.

Now they hope to measure most, if not all, hydrocarbons and over a larger area that includes smaller oil and gas operations south towards Cold Lake. 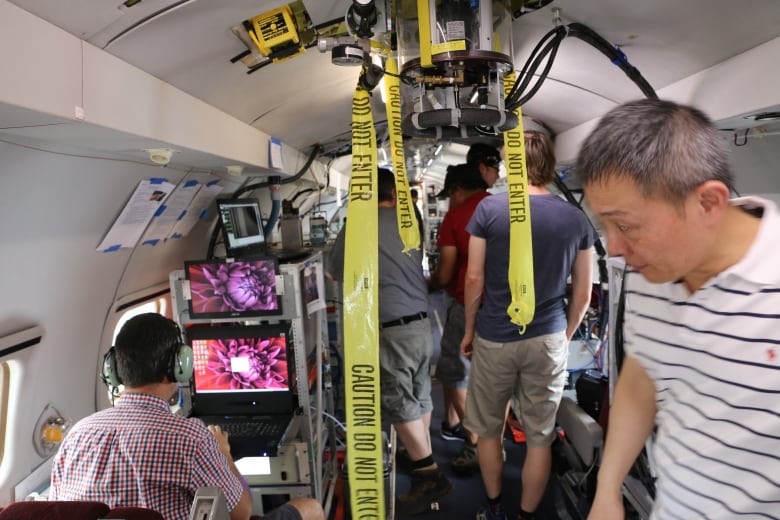 Researchers have crammed tons of gear into the Convair 580. (David Thurton/ CBC)

The data will be used to help understand the impact of emissions on the ecosystem and humans over the long term.

“The biggest impact of the research,” Cober said, “is understanding where the plumes go and what the level of exposure is.

The data produced could also prompt regulatory change, validating whether the reporting process has established safe targets for emissions or whether they need to be tightened. 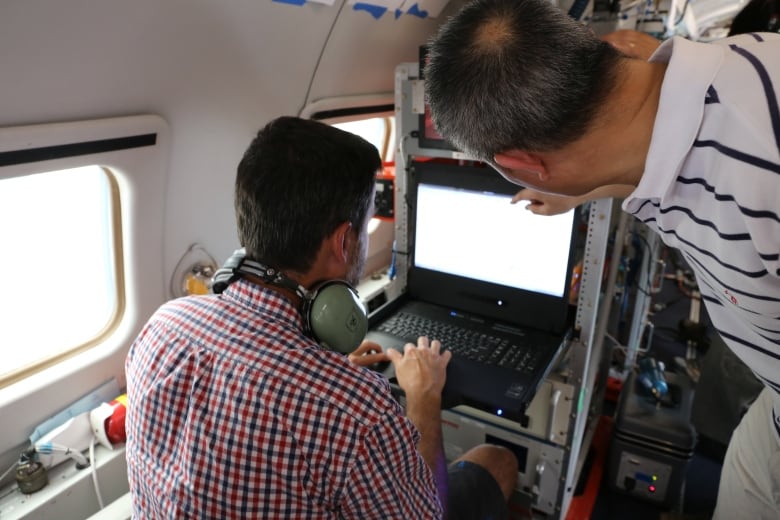 Scientist analyze air quality samples on the ground, but also in real-time so they can learn the best areas to take samples. (David Thurton/ CBC)