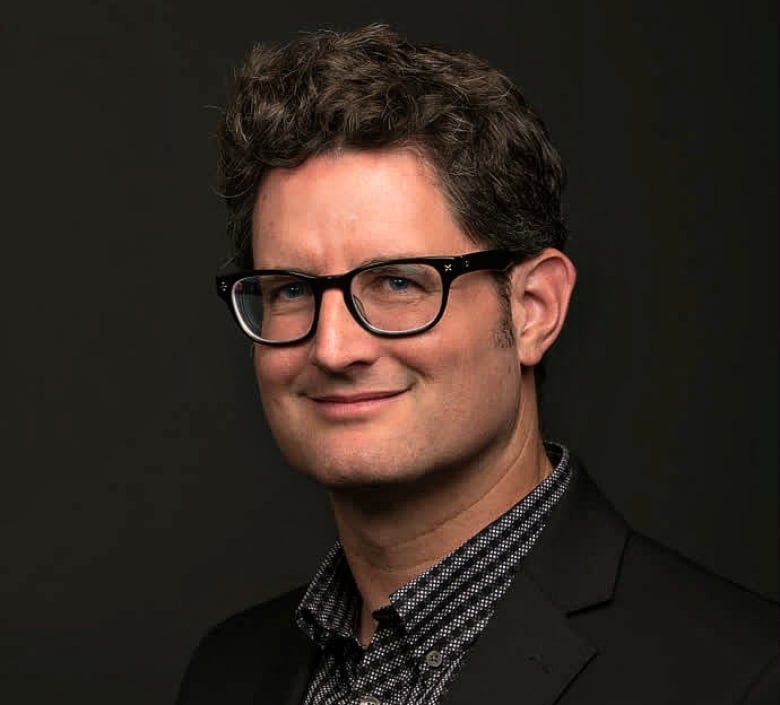 “The grounds are for the purposes of an investigation, so there has to be some kind of probable cause for them to collect that information.”

But Steven Penney, a law professor at the University of Alberta, said it’s not clear whether the collection of ID scanner information violates charter or privacy laws. That’s because it’s an issue the courts have not yet grappled with, he said.

“The first issue is whether or not the use of these scanners complies with provincial privacy legislation,” Penney said. If it does, he added, does that amount to customer consent to have their information shared with law enforcement?

While proactive policing in high-crime areas is legitimate, Penney said the exception is “when it causes an unnecessary intrusion into the privacy and dignity of innocent people.”

Mulugeta Tesfay, who owns Nyala Lounge in the McCauley neighbourhood northeast of downtown Edmonton, said police advised him to install a scanner to ID customers in 2015. He complied, but objected to frequent police searches without a specific investigative purpose.

Scanner checks allow police to learn the name, birth date and address of every person in the lounge, Tesfay said.

“So pretty much exactly the same thing as street checking. But the difference is [police] don’t have to ask the person,” he said.

“They have all the information inside [the scanners]. Most of my customers are African-Canadian.”

Tesfay suggested that because the number of face-to-face street checks performed by police officers appears to have declined amid criticism of racial profiling, police may be resorting to other means to collect random information.

A report following a review of street checks — described as “carding” by critics — is expected to be released by the Edmonton police commission later this month.

“They don’t have to check on the street,” Tesfay said. He removed the scanner at his lounge temporarily until he was recently ordered to reinstall it as a condition to keep his doors open. 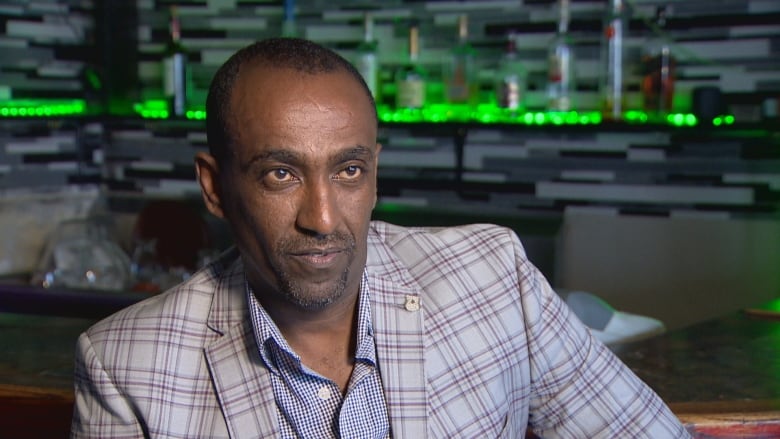 On a recent Saturday night, police inspected Nyala twice within two hours. They searched the scanner once, as witnessed by CBC News.

“Scanner inspections can be a part of a regular inspection,” Edmonton police wrote in an emailed response to questions.

When asked about legal authority to search scanner information, the email cited a section of the Alberta Gaming and Liquor Act.

Edmonton police chief Rod Knecht commented on inspections of ID scanners in bars during a media scrum this week.

“There will be people that have a criminal record or that are barred from entering, so our folks will go through and look at that and say ‘Ok, is there anybody that’s in here right now that is barred from being in here?'” Knecht said.

He alleges he became the target of aggressive police inspections and unwarranted bylaw infraction allegations after filing a formal complaint about frequent identification checks on his regular, more mature customers. 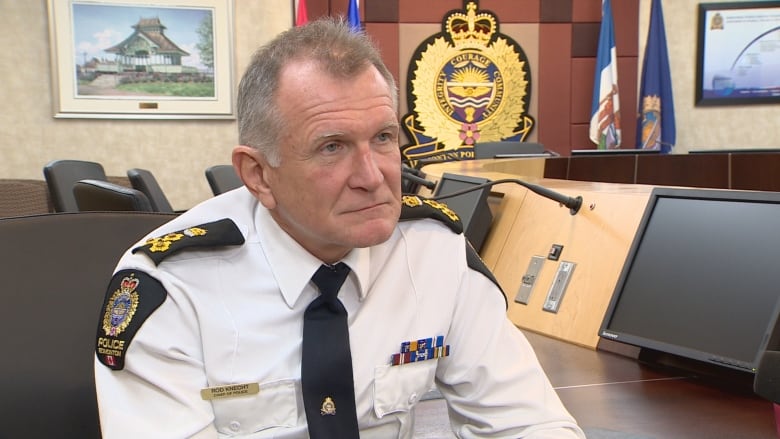 But Knecht said after looking into the allegations, he disagrees.

At a city committee hearing earlier this month, the public safety compliance team argued Nyala should be shut down because of an alleged history of violence and unwillingness to follow laws, which Tesfay disputes.

Michael Bryant, executive director of the Canadian Civil Liberties Association, said given systemic discrimination faced by African-Canadians, Edmonton police need to go out of their way “to avoid doing what looks for all intents and purposes as nothing less than racial profiling.”

Proponents of ID scanners in bars say the machines keep staff and customers safe. But concerns over potential privacy violations have long been on the radar of Alberta’s office of the privacy commissioner.

In 2008, the privacy commissioner ordered a Calgary nightclub to stop scanning patrons’ licences after a customer complaint. The commissioner disputed the bar owner’s stance that the practice deterred violent behaviour.

But the following year, the Alberta government passed amendments to the Gaming and Liquor Amendment Act that appear to give broad powers of disclosure of customer information to law enforcement.

“A licensee must, as soon as possible after a request is made by a police officer, disclose to the police officer any information collected,” the amendment reads.

According to the AGLC, a scanning machine isn’t mandatory for a bar unless it’s imposed as a condition to remain open. 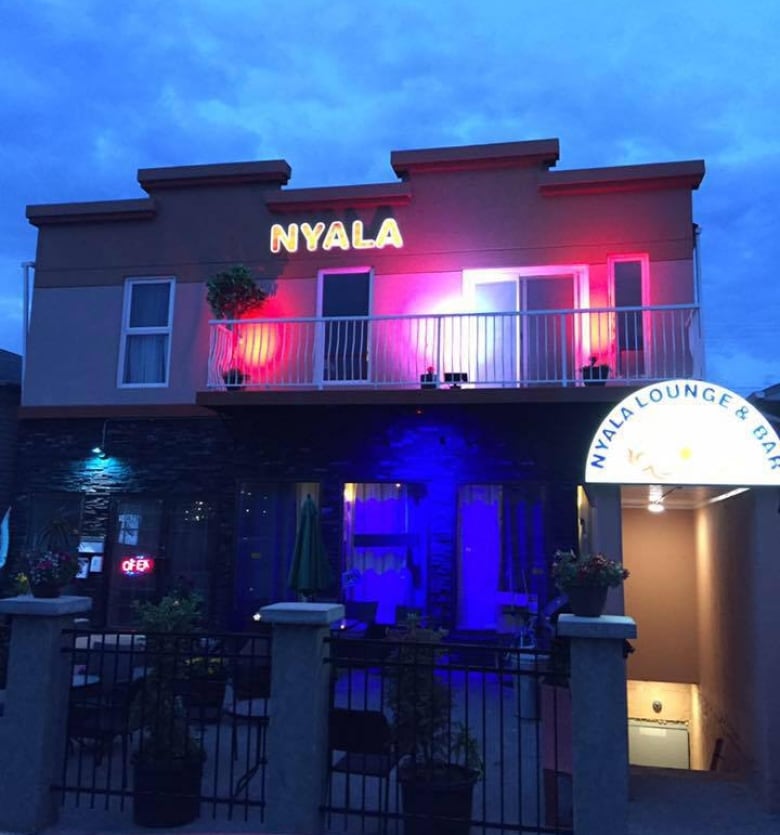 Nyala Lounge has a largely African-Canadian clientele, and is frequently inspected by Edmonton police. (Nyala Lounge)

While police cite the Alberta Gaming and Liquor Act as providing the legal authority to inspect scanners, AGLC spokesperson Aleesha Bruno-Jex said the commission’s legal counsel is unsure if examining the machines would fall under the act.

Last year, Tesfay said he and his lawyer met with authorities and temporarily fought off a variety of conditions, including the scanner, until their lawfulness could be ruled on by the city’s licensing committee.

But earlier this month, the committee imposed a series of conditions on his business as part of an agreement to adjourn Tesfay’s case to mid-July.

Victoria lawyer Michael Mulligan has long called for the need for civilian scrutiny in how police collect personal data through scanning systems.

Mulligan said keeping track of patrons involved in criminal activity is legitimate, but that can be done using an electronic system that alerts staff to such people.

“If what you’re generally trying to do is keep undesirable people out of bars, it doesn’t follow that you need to scan and collect personal information from anyone who wants to go there,” Mulligan said.

The interim conditions imposed on the Nyala Lounge mean Tesfay is taking a personal financial hit to keep the place going. Customer capacity has been cut by a third to just over 40 customers, and three security staff are required at a cost of about $450 nightly. The ID scanner, which costs $250 monthly, also had to be reinstalled.

So far, Tesfay has successfully fought a series of bylaw tickets, with more court dates dealing with some bylaw infractions set for next month. He also faces a criminal charge of obstructing a police officer.

A pretrial conference is scheduled for July 13. A day earlier, the city licensing committee will hear arguments from Tesfay and police as they consider the fate of his business.