The Trump administration on Wednesday launched a national security investigation into car and truck imports that could lead to new U.S. tariffs similar to those imposed on imported steel and aluminum in March.

The Commerce Department said the probe under Section 232 of the Trade Expansion Act of 1962 would investigate whether vehicle and parts imports were threatening the industry’s health and ability to research and develop new, advanced technologies.

“There is evidence suggesting that, for decades, imports from abroad have eroded our domestic auto industry,” Commerce Secretary Wilbur Ross said in a statement, promising a “thorough, fair and transparent investigation.”

In a separate statement, President Donald Trump said: “Core industries such as automobiles and automotive parts are critical to our strength as a nation.”

A Trump administration official said before the announcement that the expected move was aimed partly at pressuring Canada and Mexico to make concessions in talks to update NAFTA that have languished in part over auto provisions, as well as pressuring Japan and the European Union, which also export large numbers of vehicles to the United States.

Earlier on Wednesday, Trump told reporters that Canada and Mexico have been “very difficult” and “spoiled” at the bargaining table.

He also appeared to foreshadow the national security investigation, saying via Twitter: “There will be big news coming soon for our great American Autoworkers.”

Bozzella noted 12 million cars and trucks were produced in the United States last year. “To our knowledge, no one is asking for this protection. This path leads inevitably to fewer choices and higher prices for cars and trucks in America,” Bozzella said.

Trump has railed against European auto imports and tariffs, and in March threatened to impose a tax on cars from the EU

In March, Germany’s automotive industry association said a trade war between the U.S. and Europe “must be avoided at all costs.” 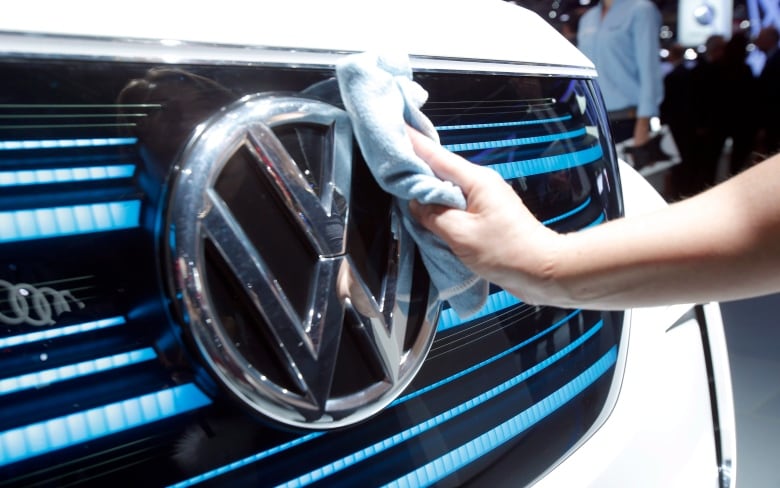 A worker shines the grille of a new Volkswagen at the Paris Motor Show in September 2016. Trump has railed against European auto imports and tariffs, and in March threatened to impose a tax on cars from the EU. (Michel Euler/Associated Press)

Asked if the measures would hit Mexico and Canada, a Mexican source close to the NAFTA talks said: “That probably is going to be the next battle.”