A 17-year-old student looking forward to celebrating his family’s new swimming pool and a substitute teacher whose home frequently hosted family gatherings were among the 10 people killed in a mass shooting at a Texas high school.

Friends and family members of the eight students and two substitute teachers fatally shot on Friday fondly remembered their loved ones, using such words as hardworking, funny and loving.

At least 13 others were injured in the attack at the high school in Santa Fe, which is about 50 kilometres southeast of Houston. A 17-year-old student, Dimitrios Pagourtzis, is being held on murder charges.

Here are some of the victims’ stories:

Perkins for years had been a substitute teacher at Santa Fe High School, where her grandchildren are students.

Student Jay Mann, a junior, tells the Houston Chronicle she always had a smile on her face, took the time to learn students’ names and became part of the fabric of the school.

Mann says she had a great attitude and “never got mad at anybody for doing something stupid.”

An all-female Galveston Mardi Gras krewe, Tutu Live Krewe, has posted on Facebook that Perkins, along with her daughter, was a member of their marching group.

The senior pastor at Dayspring Church says Ramirez was a member of the Santa Fe church’s youth ministry.

Pastor Brad Drake says she had occasionally accompanied a younger brother to the church where her parents are among the some 150 people to attend Sunday services.

Drake on Sunday described the 15-year-old as “a sweet young lady, had a style all of her own.” He says she “almost always had a new hairstyle.”

An aunt, Sylvia Pritchett, said in a Facebook post she has “a broken heart and a soul that just can’t process all this right now.”

Black turned 17 on Wednesday and was looking forward to a party this weekend at his family’s just-purchased, above-ground swimming pool.

An older brother, Anthony, from Odesa, Texas, was planning to visit with his wife and kids. Jared also had a younger brother, Houston, 13.

The Houston Chronicle reports his family now is planning for his funeral.

His stepfather, Travis Stanich, tells the newspaper Black took daily medication for attention deficit disorder and was quiet and kind and loved art, video games and sci-fi, wrestling and wolves.

Stanich called him “a great kid” who was creative, drew cartoons and loved people.

The mother of 16-year-old Shana Fisher believes that her daughter was intentionally targeted by Pagourtzis.

Sadie Rodriguez said Pagourtzis repeatedly made advances toward Fisher in the four months leading up to the shooting. Pagourtzis was an ex-boyfriend of Fisher’s best friend, she said.

“He kept making advances on her and she repeatedly told him no,” said Rodriguez over Facebook Messenger. “He continued to get more aggressive.”

My niece Shana Fisher still hasn’t been found. She was in the art room and some classmates have said she was shot in the leg. Still no confirmation on where she is. Please keep praying! <a href=”https://t.co/9vQzNAmMxP”>pic.twitter.com/9vQzNAmMxP</a>

Rodriguez said that the week before the shooting, Fisher “stood up to him” by “embarrass{ing] him in class.” Rodriguez gave no other details.

Rodriguez described her daughter as “shy and sweet” with a passion for video games. Rodriguez shared a video of Fisher from 2015, in which the teen contemplates whether or not she’ll continue making gaming videos because her computer keeps crashing.

The day of the shooting, Rodriguez wrote in a Facebook status to “love like (you’re) getting one more day with them.”

“Anything can happen,” she wrote. “I will no longer get to see my baby my 1st born anymore.”

Stone was among a group of students who blocked the door to try to prevent the gunman from entering their art classroom, freshman Abel San Miguel, who was in the class, told The Associated Press. The shooter fired his shotgun through the door, though, striking Stone in the chest, he said.

Stone was outgoing, “really funny” and had a lot of friends, said Branden Auzston, a 17-year-old junior at Santa Fe High. He said he knew Stone for about three years, and Stone was one of his best friends.

HE HAS A NAME: Chris Stone, a junior at Santa Fe High School, was shot and killed in his art class on Friday, May 18. <a href=”https://t.co/RujgElwESv”>pic.twitter.com/RujgElwESv</a>

Auzston’s mother, Nicole Auzston, described Stone as a part of her family.

“We would have done anything for him,” she said. “He’s just a great kid.”

Robert Stone told the AP by phone Saturday that his family was grieving his nephew’s death and requested privacy.

Abdul Aziz Sheikh was expecting his daughter Sabika to return home to Pakistan in a few weeks for Eid al-Fitr, the three-day holiday marking the end of the Muslim holy month of Ramadan.

Instead, he learned that his oldest child was among those killed in the mass shooting at Santa Fe High School, where Sabika arrived as an exchange student last August.

Surrounded by mourning friends and family at his home in Karachi on Saturday, Abdul Aziz Sheikh fought back tears as he relived his frantic efforts to check whether his daughter was safe half a world away. She wasn’t returning his calls and neither were her friends. He eventually learned from the exchange program that she was among the dead.

“We are still in a state of denial. We can’t believe it. It’s like a nightmare,” Sheikh told The Associated Press.

He said his daughter was a hard-working and accomplished student who aspired to work in civil service, hoping one day to join Pakistan’s Foreign Office.

Leia Olinde said Tisdale, her aunt and a substitute teacher at the school, was like a mother to her and helped her shop for wedding dresses last year.

“She helped me put it on, she helped fix my hair,” Olinde said through tears.

“She was wonderful. She was just so loving,” said Olinde, 25. “I’ve never met a woman who loved her family so much.” 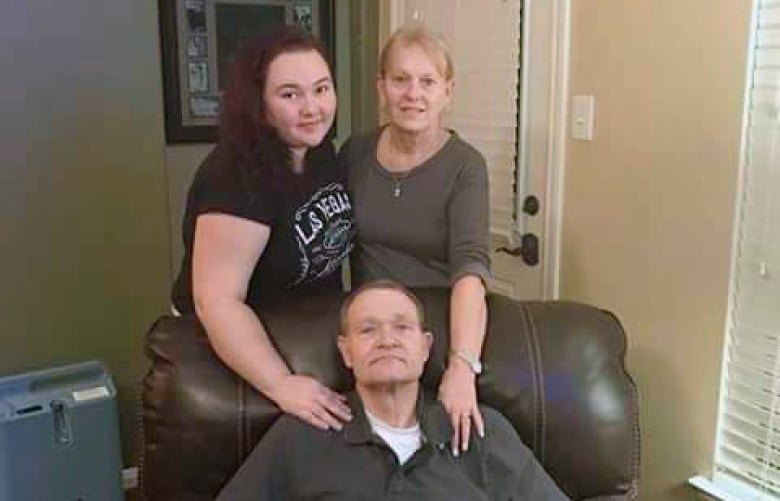 She said Tisdale was married to her husband for close to 40 years and that they had three children and eight grandchildren.

Tisdale’s house was the centre of family gatherings and she loved cooking Thanksgiving dinner and decorating her house, Olinde said.

Olinde’s fiancé, Eric Sanders, said of Tisdale that “words don’t explain her lust for life and the joy she got from helping people.”

McLeod, a freshman who went by Kyle, could always be counted on to make light of any situation, said close friend Kali Reeves, who added she wouldn’t have been surprised if the 15-year-old “made a joke about getting shot” if he were still alive.

Reeves, 15, said she knew McLeod for years and became close friends with him in the eighth grade. She said he always had a smile on his face and loved to hang out with his friends.

RIP Aaron. I haven’t cried in a long time and seeing you gone breaks my heart. You will not be forgotten. My love and prayers are with the McLeod’s. Love you Kyle. I’m so sorry… <a href=”https://t.co/ulz1lZ9LUr”>pic.twitter.com/ulz1lZ9LUr</a>

“He was never one to be a sad or down person, he always had to joke or laugh about things,” she said. “He was just outgoing and super sweet. He definitely didn’t deserve this.”

Reeves heard that her friend had been shot as she was fleeing Santa Fe High School. She joked to her boyfriend that if she FaceTimed McLeod, he would have “made a joke about him getting shot,” adding that “he just always looked on the bright side of things.”

Reeves said she texted McLeod throughout the day to check up on him. She sent him one final text, saying she hopes he “gets better.” Shortly after, she checked Facebook and learned he was one of the 10 killed.