The Decemberists and Shakey Graves are returning to the Edmonton Folk Music Festival — a year after strong winds cancelled their sets and forced the evacuation of Gallagher Park.

The two are part of a roster of 67 acts for the Aug. 9-12 event, announced Wednesday by producer Terry Wickham. Tickets for the event go on sale Saturday.

Jobarteh is considered the first woman to master the kora, a 21-stringed instrument traditionally played by men in West Africa.

Russian-American singer-songwriter and pianist Regina Spektor will perform on the main stage at the Edmonton Folk Music Festiva Saturday Aug. 11.

“It’s pretty easy to keep bringing in the same people, but to try to come up with new people who meet the quality we put forward is the hardest part of the job — and I think we’ve done that,” Wickham said before Wednesday’s news conference.

“It’s got a lot of depth. It’s got new people and legends like Ry Cooder. It’s kind of all over the map, but that’s kind of what we try to do, to be honest.”

If it’s legalized before the Folk Fest starts, Wickham said people will be allowed to bring weed into Gallagher Park, but they’ll only be able to smoke in designated areas. Edibles — such as brownies or cupcakes baked with cannabis — won’t be sold on the grounds.

“We’re going to treat it like cigarettes,” he said. “You’re not going to be able to smoke it or vape it anywhere people can’t get away from it — so if you’re in a lineup for food or sitting at a stage.”

The expanded beer garden will return. Last year, the Folk Fest lengthened the structure by 20 feet toward Stage 1 — increasing the capacity to 3,500 from 2,300 guests. “It was taking people an hour-and-a-half to get in, now it’s taking them five minutes,” said Wickham.

With any luck, there won’t be a return of last year’s winds, which forced the Folk Fest to shut down early on opening night.

The Decemberists, an indie-rock band from Portland, and singer-songwriter Shakey Graves, were not able to perform on the main stage, costing the festival an estimated $100,000 in ticket refunds.

The gusts also damaged a Jumbotron and prompted organizers to conduct a safety review after they discovered a few video screens weren’t secured tightly enough.

“We’ve hired an engineer to go through every structure on site to make sure it’s solid,” said Wickham.

The Decemberists and Shakey Graves will be playing on separate nights this year. Here’s the breakdown of main stage performers: 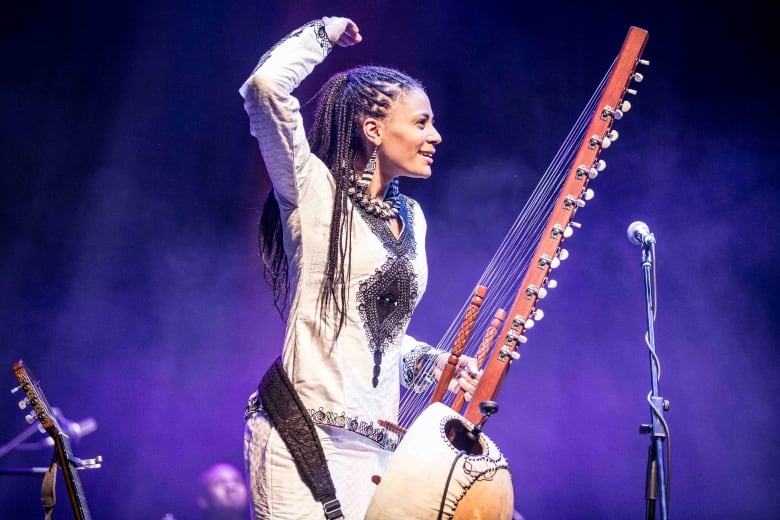 Sona Jobarteh will perform at the Edmonton Folk Fest main stage on Sunday, Aug. 12. Jobarteh is considered the first woman to master the kora, a 21-stringed instrument traditionally played by men in West Africa.

Fans are asked to line up no earlier than 7:30 a.m. There won’t be a ticket lottery this year because the usual location, Re/Max Field, isn’t available.

Ticketmaster sales, online or by phone, will start at 10 a.m. Adult four-day passes are $189. Transferable passes are $219. 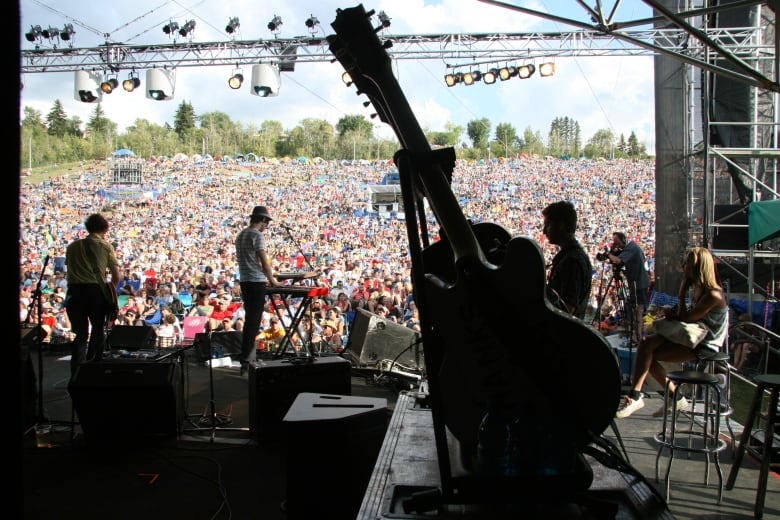