Ronald Smith’s father still had a bedroom and a vintage car waiting for the day his son might come home to Alberta from the Montana prison where he has been on death row for 35 years.

Nelson Smith will never know if the 60-year-old convict who pleaded guilty to two murders will ever sleep in his own bed or take the mint 1948 Chrysler out for a spin.

Smith died on April 10 just weeks after breaking a decades-long silence and voicing what would be his final wish — to see his son beat the death penalty.

“Hopefully what little bit I do have to say will go along with his someday being released. He’s spent 35 years of his life in there and it’s about long enough to sit in a place like that,” Smith said in a March 22 interview with The Canadian Press in Red Deer, Alta.

“They should pretty well load him on an airplane and send him home.”

Ronald Smith has been on death row since 1983 after fatally shooting two young men while he was high on LSD and alcohol near East Glacier, Mont.

Nelson Smith, father of Canadian death-row inmate Ronald Smith, is interviewed at his home in Red Deer in March. Ronald Smith’s father still had a bedroom and a vintage car waiting for the day his son might come home to Alberta from the Montana prison where he has been on death row for 35 years. (Jeff McIntosh/Canadian Press)

After refusing a plea deal and pleading guilty, his request for the death penalty was granted. He had a change of heart and has fought for his life ever since. Five execution dates have been set over the years and each has been overturned.

The Canadian government sent a letter to Montana Gov. Steve Bullock in 2016 asking for clemency.

“All these years I’ve never, ever told anybody about this situation. Nobody knew that I was Ron’s dad,” Smith said. “Once this goes through, everybody’s going to know who I am.”

Smith, who was 83, sat in a recliner during the interview with his constant companion of the last 13 years on his lap. Queenie, a black miniature poodle, had been with him since his wife, Deloris, died in 2011. 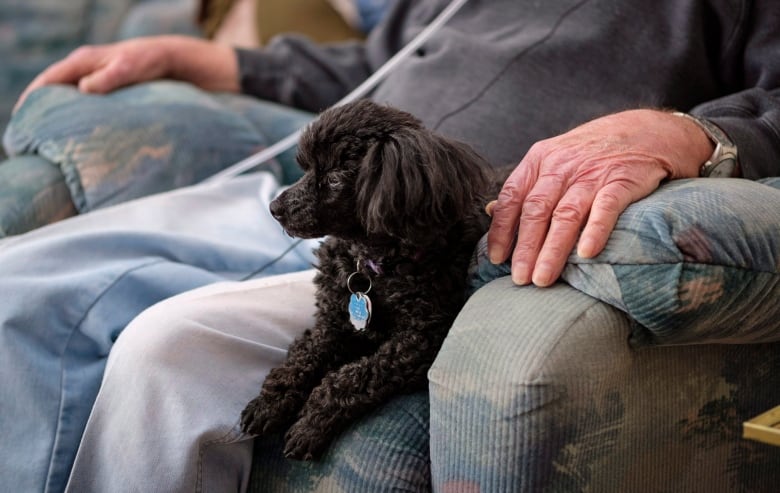 His health was failing. He required a constant supply of oxygen fed to him through a long hose which allowed him to navigate his home.

Initially horrified by his son’s actions, he said he eventually made peace with him and was hoping that the intervention of the federal government would lead to his release.

“There just might be a light at the end of the tunnel you know? It would be nice to have him home for Christmas. My breathing is getting so bad. I don’t know how many more Christmases I’m going to get in. I’ve even got a room for him.”

Smith, who worked in the oil industry before he retired, said his son had a normal upbringing, but was constantly in trouble. 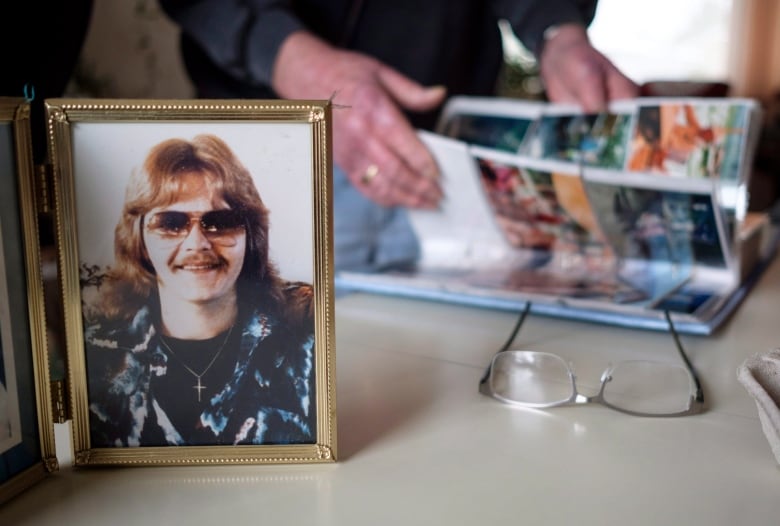 Nelson Smith looks through family photo albums as a photo of his son Ronald, taken in the early 1980s, stands on a table at his home in Red Deer. (Jeff McIntosh/Canadian Press)

“He was a big problem and it was tough. His mother looked after Ronald while I was chasing the oilpatch. I was all over the place and it was hard for me to try and control him.

“He started getting into trouble about the time he was 15 years old and he just never flattened out until he wound up there down in the (United) States.”

Ronald Smith and Rodney Munro admitted to marching cousins Harvey Mad Man, 23, and Thomas Running Rabbit, 20, into the woods by a highway in 1982 and shooting them both in the head with a sawed-off .22-calibre shotgun.

They wanted to steal the men’s car, but Smith also said at the time that he wanted to know what it was like to kill someone. 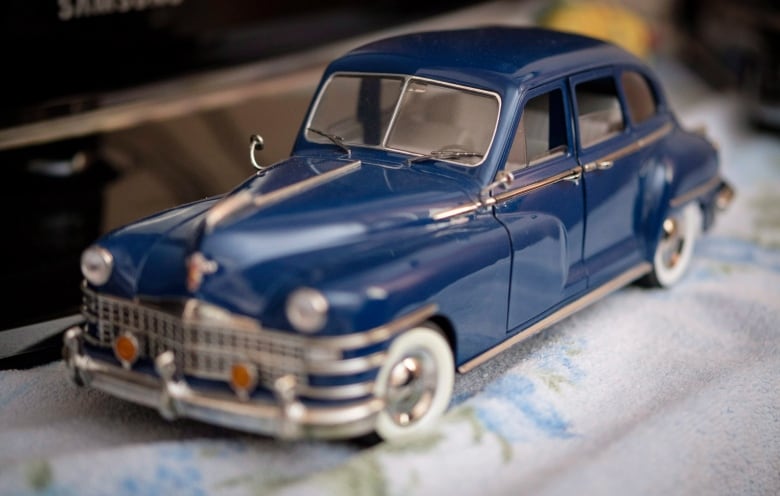 A model of a 1948 Chrysler Windsor sits on a shelf in Nelson Smith’s Red Deer home. He still had a bedroom and a vintage car waiting for the day his son might come home to Alberta from the Montana prison where he has been on death row for 35 years. (Jeff McIntosh/Canadian Press)

“I went for a long time and never had anything to do with him,” his father said. “Then I got to thinking there’s all kinds of people out there doing the same thing, or a lot worse, and are back out on the streets.

“I certainly wasn’t proud of what he had done. It was tough. Really tough.”

Munro accepted a plea bargain and was sentenced to 60 years in prison, but he was returned to Canada and released in 1998.

Smith said his son has changed.

“He’s paid his debt. Do I think Ron’s a good man? Oh yeah. He’s as good as you’re going to find. And I’m not just saying that because he’s my son.”

Two members of Smith’s family, including his daughter, testified at his clemency hearing in 2012 to support him. Relatives of the two victims also gave emotional testimony urging that there be no leniency.

“The decisions he made, he has to pay for,” Running Rabbit’s son said. “He had no mercy for my father.”

The clemency request has yet to be ruled on.

“Both parents now have passed away while he’s been in prison and not able to really say goodbye or attend the funerals,” said Greg Jackson. “It’s very difficult news particularly in the place he’s at now.”