Kids from two northern Manitoba communities are getting the opportunity to train with a professional Winnipeg strength coach, but they’re getting a lot more than fitness out of the experience.

“This is such a great experience. I love it so much,” said Alfred Muswaggon, 16, a long-distance runner from Cross Lake, 530 kilometres north of Winnipeg.

“I love the intensity of being in the gym.”

The trainer he’s working with is Dave Beakley, a former football player with the University of Manitoba Bisons and the owner of Midtown Barbell, a Winnipeg gym.

Muswaggon says Beakley helped boost his self-confidence, but learning from Beakley is about more than training in the gym.

“I want to help bring up my youth in my community because no one ever taught me this kind of stuff,” he said. “I feel like everyone in Cross Lake needs this opportunity and I just want to give it to them.”

That’s what Beakley wants, too.

While Muswaggon made the eight-hour trip to Winnipeg to train with Beakley recently, the former football player has been making his own trips to Cross Lake and Nelson House, nearly 700 kilometres north of Winnipeg, to provide training and strength programming to athletic teams for the past six years.

“There are a lot of raw, talented athletes in northern communities,” said Beakley. “But they’re not being exposed to training and nutrition to get to the same level as kids who live five minutes from their local arena or have top-end coaches.”

The connection to Nelson House began 10 years ago when Beakley met Curtis Lobster, a volunteer with Nelson House’s recreation department.

Lobster approached Beakley to train his daughter, Tori Yetman, who was participating in a run from Thompson to Winnipeg to raise awareness for health concerns on reserves. 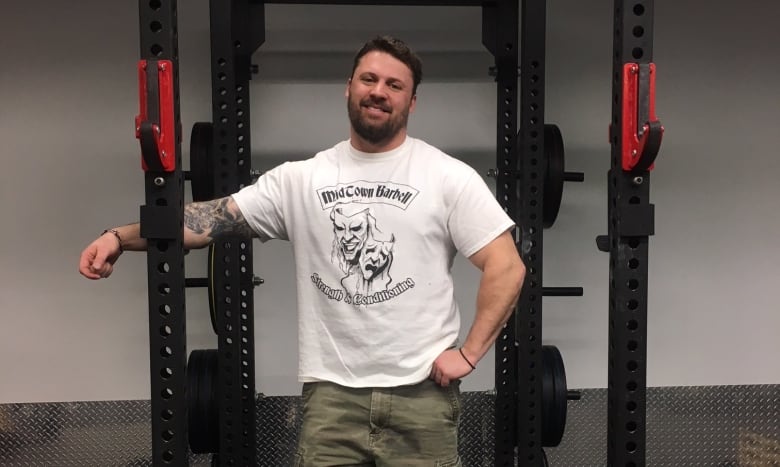 Dave Beakley goes to northern Manitoba several times a year to deliver fitness training. ‘I truly feel at home in Nelson House and wish I could go up more often,’ he says. (Sabrina Carnevale/CBC)

“It took my business partner and I by surprise but we said to bring her by on Monday and didn’t think we’d ever see [Lobster] again,” Beakley said.

“But then they showed up, and it’s been a 10-year relationship ever since.”

Lobster was so pleased with the work Beakley did with Tori that he invited him and McDole to Nelson House to organize a health forum for local Indigenous youth.

The two put together a proposal to lead a nutritional talk. Beakley says initially, he felt the visit went poorly — it wasn’t heavily attended and he wished they had done better work.

But the attendees thought differently.

“The reviews were glowing, which surprised us,” said Beakley. “That turned into a second visit, and a third, and now I go up there between three and five times per year.”

Beakley helped the community turn a few barely working pieces of gym equipment into a newly equipped fitness facility. He’s also taught kids about nutrition and the importance of discipline, and Lobster couldn’t be more pleased.

“The response Dave has received has been unbelievable,” Lobster said. “Our leaders back home have been very receptive and are convinced that team sports have evolved.”

Lobster says because sports are so physically demanding, athletes can’t just have talent — they also need commitment and education. For Lobster, the gym is a place where kids feel they can belong. 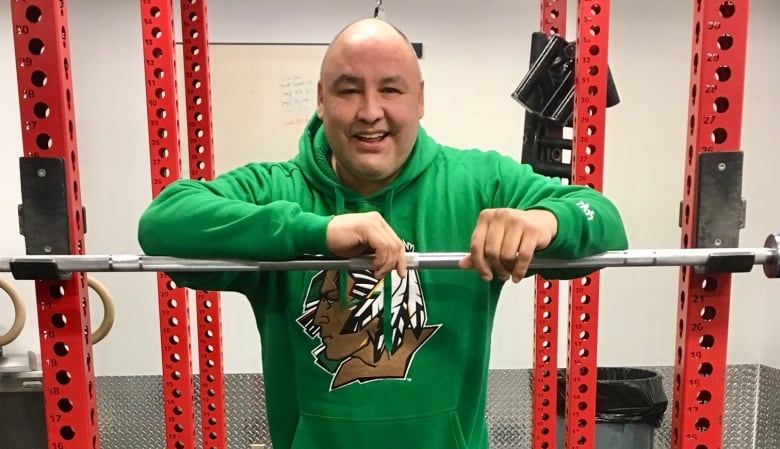 The fitness program has created tremendous self-worth in Nelson House, says Curtis Lobster. ‘It’s nothing but positive vibes and camaraderie amongst our community members.’ (Sabrina Carnevale/CBC)

That feeling of belonging may be more important now than ever, after three young boys were struck and killed by a vehicle when they were walking and riding their bikes on a main road near Nelson House on April 28.

One of those boys was Curtis Lobster’s nephew, Keethan Lobster, who was just 11 years old.

Since Beakley started working with the kids in Nelson House, Lobster says he’s noticed a renewed sense in their confidence.

“It’s created a tremendous amount of self-worth in our reserve. It’s unifying,” he said. “It’s nothing but positive vibes and camaraderie amongst our community members.”

For Beakley, what started as a business opportunity has turned into a feel-good project.

“I truly feel at home in Nelson House and wish I could go up more often,” he said. “The people there are so kind and welcoming. I joke that my social calendar up north is more full than when I’m in the city.” 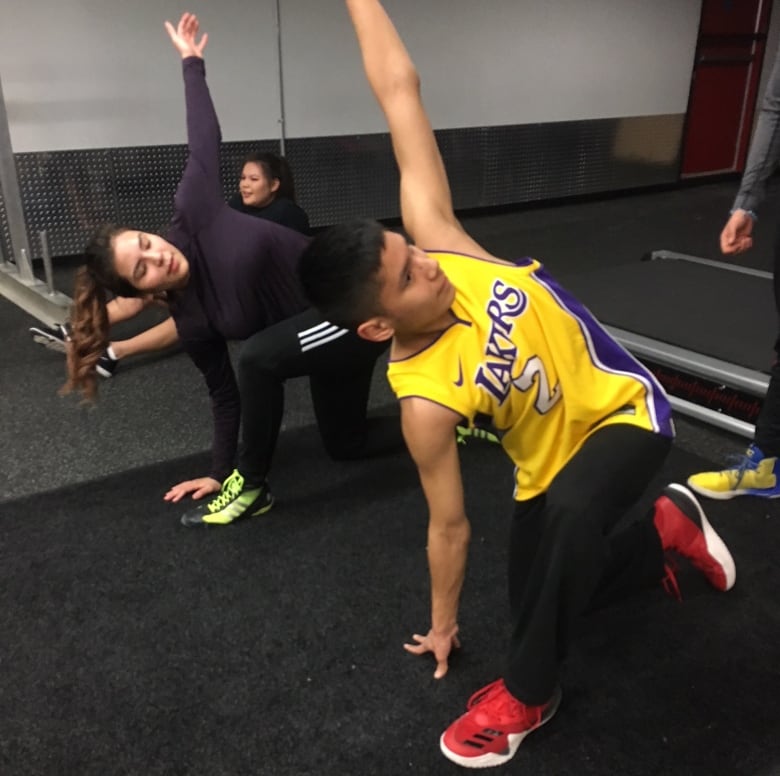 These youth from the northern Manitoba communities of Cross Lake and Nelson House travelled to Winnipeg recently to train with Beakley. ‘There are a lot of raw, talented athletes in northern communities,’ says Beakley. (Sabrina Carnevale/CBC)

Beakley’s goal is to help improve overall conditions and build strong relationships in the communities, both professionally and personally. Part of that is helping everyone understand the benefits of regular exercise and the importance of self-worth.

“I’ve been lucky enough to gather the knowledge and information that I have. It doesn’t do anyone any good if I don’t share it.”

Muswaggon, the long-distance runner from Cross Lake, wants to do the same.

“I want to share with the community what I’ve learned here,” Muswaggon said after training with Beakley in Winnipeg.