The 16-year-old, who emigrated from Malaysia to Montreal just a year and a half ago, now wears a button with his name in Cree through the halls of his Montreal high school, École Saint-Henri.

“They are very nice people, the Cree. They are very welcoming,” said Chan, who was one of 46 students — some of them newly arrived immigrants — on a recent trip to Indigenous communities in the Abitibi and James Bay regions of Quebec.

“It was an eye opener for me because we get to learn their way of life, which is very different from Montreal,” said Chan.

The trip was organized to improve the students’ understanding of Indigenous history and culture, according to Jérôme Jolin, a history professor who organized the excursion along with fellow professor Véronique Ledoux.

“The best way to break down prejudices is to meet, to get to know other people,” said Ledoux, who also helped organize a similar trip last year to the Innu community of Pessamit, Que., on the north shore of the St. Lawrence River.

“When we get to know other people we realize that we have much more in common than [we have] differences. That’s what we want to build on,” she said.

This year’s group hit the road in mid-May, visiting the Algonquin community of Lac Simon and the Cree of Waskaganish.

They learned to make a traditional meal, spent time in a sweat lodge, played basketball with local teens and enjoyed a dazzling display of Northern lights.

They also learned about residential school and about local traditions and customs, such as a walking out ceremony, where an infant is welcomed into Cree society, and a first goose ceremony, where a young hunter is celebrated for making his first kill goose kill.

While in Waskaganish, they also got a crash course in Cree syllabics from Lucie Trapper, who teaches French to students at Wiinibekuu School.

“I think it’s important for other people to know our language is very strong and our culture is very alive,” said Trapper, who also taught Chan and others to traditionally prepare a goose and prepare bannock on a stick along with canned moose meat. “I’m very proud to say our children speak Cree.”

For many of the visitors, it was their first time out of Montreal, according to Lysanne Sévigny, another teacher at Wiinibekuu. She says the trip opened up their eyes to a wider reality of Quebec.

“It’s crucial because as new (Quebecer) you have to find out what Quebec is,” said Sévigny. “They hear about [Indigenous culture] at school, but to actually see it, it’s very important.” 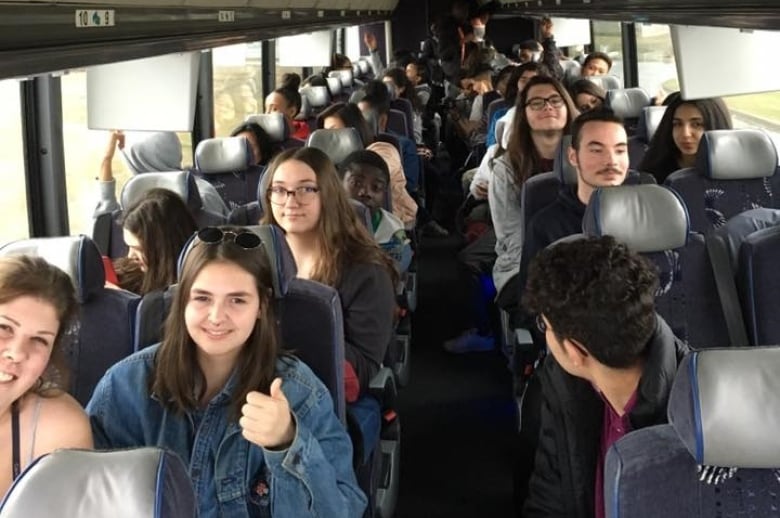 The students learned about residential school and about local traditions and customs, such as a walking out ceremony, where an infant is welcomed into Cree society, and a first goose ceremony, where a young hunter is celebrated for making his first kill goose kill. (Submitted by Veronique Ledoux )

“When you don’t know things, you start making up stories. That’s when you start developing racism,” she said, adding more than a few of the visitors and teachers expressed a desire to move there one day.

In recent years, the school has become a hub for newly arrived immigrants to Quebec. According to Ledoux, in 2016 the school had four groups of what are known as “class d’accueil,” where newly-arrived immigrants get intensive language training in smaller-size classrooms and extra support to be able to integrate into a regular classroom.

By this year, École Saint-Henri had 18 such classes, with plans to add more next year.

For École Saint-Henri, the trip is a focal point of efforts to break down the notions of prejudice, according to Ledoux. She and Jolin see the students who made the trip as agents of change, who will confront ignorant notions about Indigenous people in the wider school population.

“They are the ambassadors,” said Ledoux. “They are going to be the ones who speak with the other students and we hope make a difference.” 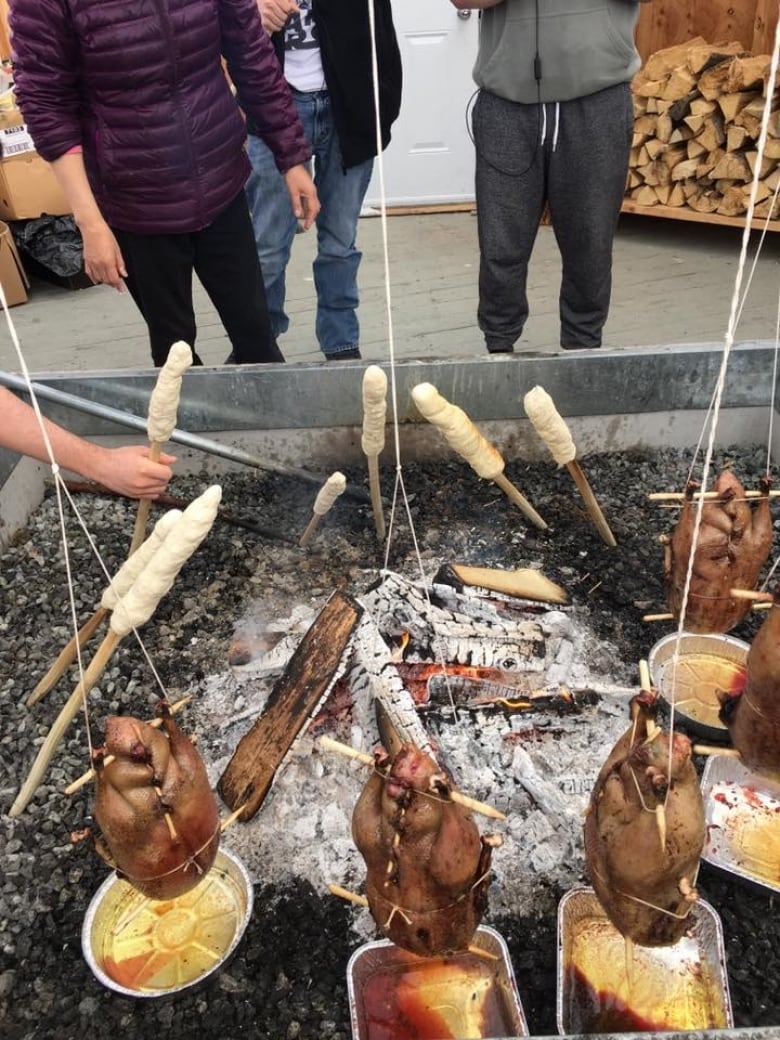 For many of the École Saint-Henri students the trip was their first time out of Montreal. (Submitted by Veronique Ledoux)