Aldergrove is a small town with a big problem.

Its population hasn’t grown in years, even though it’s in one of the fastest-growing areas of B.C.’s Fraser Valley.

The town is spending $40 million to transform the downtown core in the hopes of attracting thousands of new residents over the next two decades.

But urban planners say they won’t get far unless they demolish an aging, decrepit mall at the centre of town.

The Aldergrove Centre Mall thrived in the ’70s, but started to fall apart soon after.

Business owners want it gone, the town wants it gone, and urban planners believe the success of the town’s planned revitalization might hinge on it.

But the mall’s owners aren’t moving forward on the property.

The city’s plan for the space would be to rejig it into a pedestrian-friendly, open-air mall that would play host to shops, restaurants, cafes and entertainment. (Gian-Paolo Mendoza/CBC)

Around 15,000 people live in Aldergrove, a farming and bedroom community between Langley and Abbotsford.

The mall was built at the centre of town in 1976, big enough to fit big-box grocers and dozens of small businesses. It hosted car shows, Santa Claus parades, book launches and fundraisers.

Today, all that’s left is a dollar store and a dentist’s office at the back of the complex. The building is surrounded by a rickety yellow fence to deter squatters. Most windows are boarded up, the plywood covered with graffiti.

At the time it was built, Fraser Highway — running through downtown Aldergrove — was the main route for those driving through the Lower Mainland to the eastern Fraser Valley. 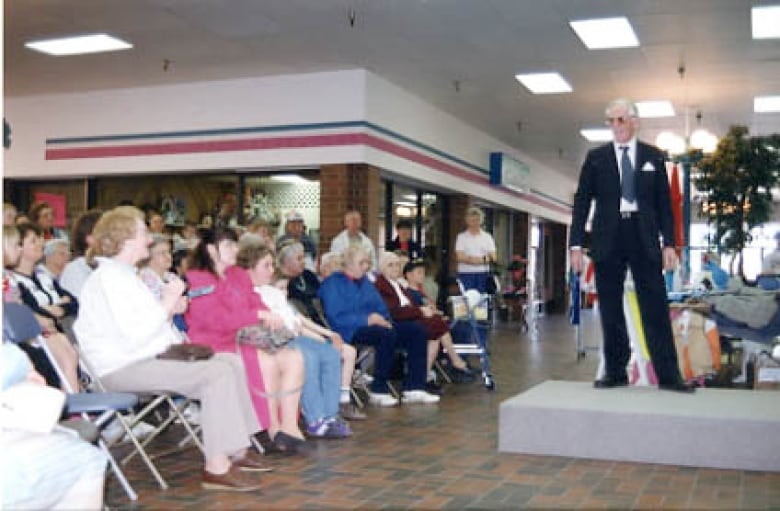 Urban planner Cherie Enns said the mall worked back when cars were the dominant mode of transportation.

Nowadays, she said people don’t want malls at all.

“For the most part, [people want] an attractive environment. A place where children can play, older people can stroll and sit and enjoy.”

Enns said people want to be somewhere with a sense of identity and character. “It’s how you experience a place,” she said. “A mall — it’s the antithesis of that.” 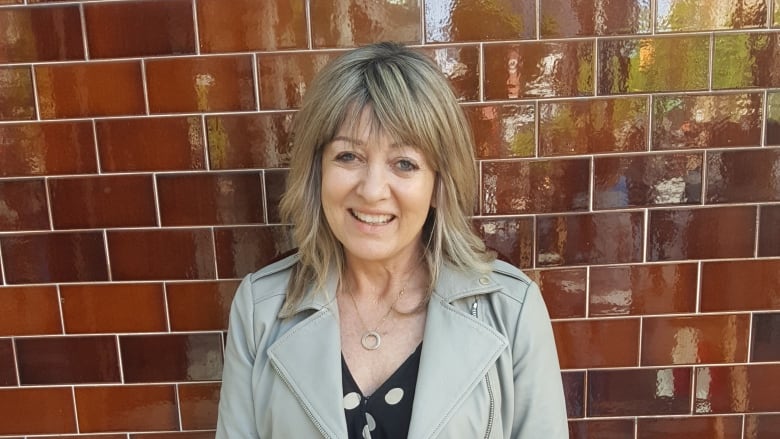 Cherie Enns has been an urban planner for decades. She said the old Aldergrove mall doesn’t have a place — at all — in the town’s plans to revive itself and attract new residents. (Cherie Enns)

Scott Pearce’s family has run its business — a Home Hardware — across the street from the “eyesore” for more than 40 years.

The hardware store, well-kept with fresh heather-grey walls and a bright red roof, is a stark contrast to the mall. 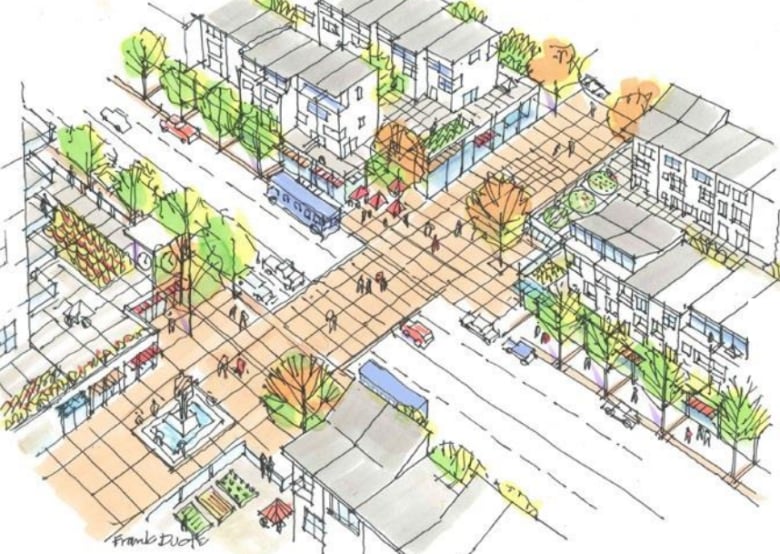 A planned plaza for downtown Aldergrove has already been sketched and added to the town’s core development plan, with open-air walkable mecca. This would be located metres from where the mall currently sits. (Aldergrove Community Plan)

Despite its sleepy atmosphere, Aldergrove is growing — just not as quickly as its neighbours.

Many parts of the Fraser Valley have seen rising populations as high housing prices in the Vancouver area force people to more affordable suburbs.

The Langley Township was the fastest-growing municipality in Metro Vancouver between 2011 and 2016, with the population jumping 12 per cent.

Around 8,000 people made Langley their home in that time. Aldergrove saw just 76. 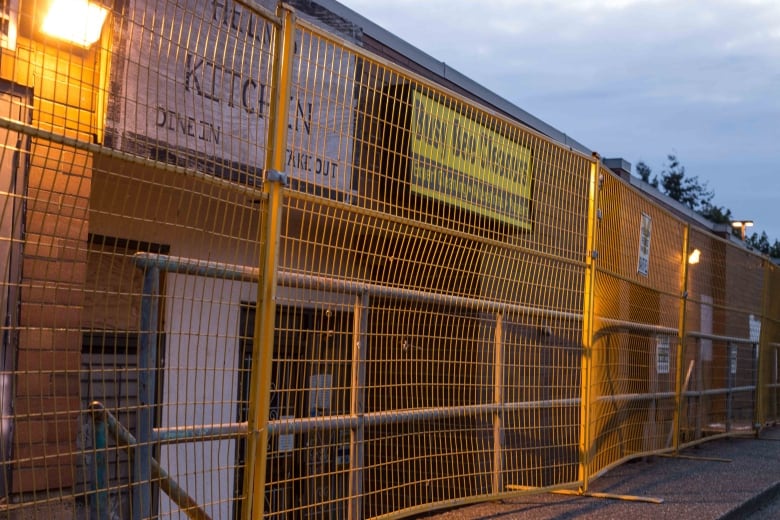 A yellow construction fence has surrounded much of the building for years, occasionally widened to include three parking lots around the mall. Windows behind the fence have been boarded up with plywood. (Gian-Paolo Mendoza/CBC)

In 2011, city councillors re-wrote the The Aldergrove Core Plan to help the city entice those looking for a new home.

Langley Councillor Charlie Fox said the mall is a “key piece” of that plan.

“If we’re going to rejuvenate the downtown of Aldergrove, this mall needs to be re-energized and rejigged so that it becomes what it should be,” he said.

“Somewhere so people come, they stay and they’re more prepared to spend more time there rather than get in their cars and take off.”

The city wants the mall to become a pedestrian-friendly, open-air space with shops, restaurants and entertainment. Plans show buildings up to 16-storeys tall — previously unheard of in the community.

Construction has already begun on other aspects of the community plan surrounding the mall.

The town said it can’t move on the $8.8 million property because it’s privately owned.

Fox said he’s not sure why The Janda Group, a Richmond-based developer that bought the mall years ago, hasn’t done anything with it.

“It just seems to be excruciating in terms of how it’s evolving, from both our perspective and the perspective of the community who would love to see something evolve out of there,” Fox said.

The Janda Group didn’t respond to CBC’s calls or emails.

Enns said people will continue to bypass Aldergrove if the town can’t shake the mall — herself included.

“I would never stop. I would only drive through,” she said. “It’s just not a place I would go.”