Two Vancouver families were hopeful when they enrolled their special needs children in an elementary school with an Indigenous focus, but say the children were often left in the hallway or sent home and were eventually “pushed out” of the school entirely.

When Joan Delorme’s grandson started at Xpey’ Elementary in September, the family felt confident he would get the support he needed. Not only was the school in his new catchment area, it had the added bonus of smaller class sizes and the promise of an Indigenous focus.

Tammy, whose last name we are not publishing to protect the identity of her son, was also drawn to Xpey’ for the same reasons when she enrolled her son in September.

Xpey’ is the only Indigenous-focus school in Vancouver and first started enrolling students in 2012. It began with a small group of 13 students, in Kindergarten to Grade 3, and today is a K-7 school with an enrolment of 83 students, according to the Vancouver School Board.

Now Tammy and Delorme both say their boys, who have designated special needs, were not supported to succeed in a class where the majority of the children also had specific educational needs.

I really believed that they demonized his character.– Joan Delorme

Classes within the Vancouver School Board are supposed to have a maximum of two children with special needs, according to the local teachers’ association.

The class that Tammy and Delorme’s boys were in had at least 10 children who required specialized education plans.

“It didn’t take long before they started calling and he’d be sent home,” said Delorme.

She said her grandson, a boy who is “blessed with an abundance of energy,” was usually sent home for being disrespectful and that it seemed like staff were unable to de-escalate situations that required patience, not punishment.

“I really believed that they demonized his character,” she said.

She added that she wished school staff spent more time encouraging and building upon her grandson’s positive strengths, noting one of his goals is to be an expert in math.

Joan Delorme says schools need to be doing a better job to support students with special needs and their teachers. ‘It was just a nightmare,’ she says when thinking about how the past school year has gone for her family. (Chantelle Bellrichard/CBC)

“Within two, three months, I was already getting phone calls, they were sending him home, he was sitting out in the hallway, making me feel bad as a parent,” she said.

“He just basically was labelled as a bad kid.”

‘They’re being set up for failure’

Issues around class size and composition remain an issue across the province, according to the B.C. Teachers’ Federation. At the same time, some say an increasing number of children with special needs are being sent home from school.

Delorme and Tammy acknowledge that supporting their boys at school might be a challenge sometimes, but say their needs were met at previous schools.

“They had supports in place for him,” said Tammy.

“They had one-to-one support… and then he moved there and it all fell to pieces for him.”

The support Tammy is referring to is tied to her son’s educational needs, detailed in his individualized education plan (IEP). Delorme’s grandson also has an IEP.

These plans are supposed to be used by schools to configure classes in a way that children can find success, ensuring there’s adequate support staff in the classroom working alongside teachers.

Specifics around class size and composition are determined at the school board level in B.C. and can differ from district-to-district. Anything beyond those specific limits is considered a violation of the long-fought-for collective agreement language between teachers and the province.

“I went to the school and it was then I found out that in [my grandson’s] class, although it’s a small class, that practically every child in that classroom had an IEP with only one teacher and one support person,” said Delorme.

“It’s ridiculous to put a teacher in that situation, or expect the student to thrive and flourish and learn if that’s what the classroom is like… I think both the student and teacher are put in an impossible situation. They’re being set up for failure.”

Chloë McKnight, president of the Vancouver Elementary School Teachers’ Association, said teachers recognize that in some cases, violating the rules around class composition is going to happen.

But there are limits to what is feasible.

“When you’re looking at violations that are well in excess of two above, then that work just becomes untenable and it’s really hard to give the students the support that they need,” she said.

It’s ridiculous to put a teacher in that situation, or expect the student to thrive and flourish and learn if that’s what the classroom is like.– Joan Delorme

The issue of class size and composition violations is certainly not limited to Xpey’.

The B.C. Teachers’ Federation has been tracking these violations across the province, and according to a recent study, Vancouver stands out for all the wrong reasons when compared to other districts like Surrey.

According to their dataset, 7.4 per cent of classes in Vancouver this school year have seven or more children with an IEP in a single classroom.

While the teachers’ federation tracks class size and composition, groups like the B.C. Confederation of Parents Advisory Councils have been looking into how often children with special needs are excluded from the classroom.

‘A failure of the school system’

In a report from November 2017, the advisory council surveyed 800 parents and found students were being sent home frequently due to staff shortages and behavioural incidents. In the report, 348 parents said that their special needs children were sent home due to behavioural problems, with 112 families indicating that this happened 10 or more times during the school year. 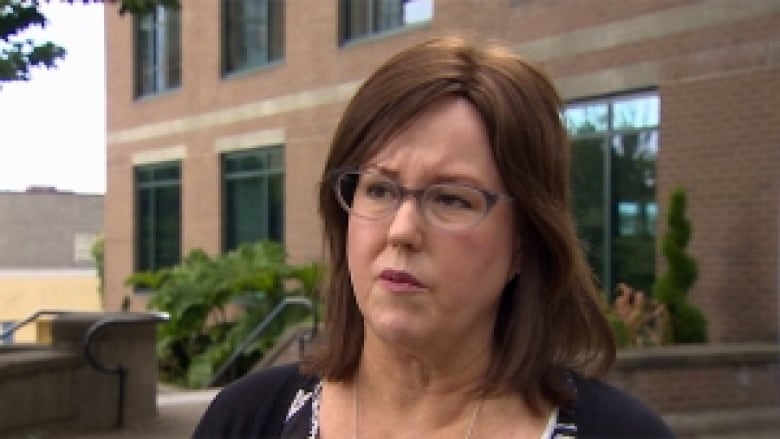 Former Vancouver School Board Chair, Patti Bacchus says the city stands out for ‘all the wrong reasons’ when it comes to class size and composition. (CBC)

Patti Bacchus, a former chair of the Vancouver School Board, said she’s heard anecdotally about a spike in the number of children with special needs being sent home.

In the cases of these two children, Bacchus said the school has a responsibility to do better.

“If you can’t manage an elementary age child, with all of the professional supports that are available, then that’s a failure of the school system, that’s not a failure of the child… If their behaviour is creating a challenge, that’s when all the well-paid adult professionals need to do their job.”

Shortly after the March break Delorme’s family made the call to pull her grandson from Xpey’ and have since enrolled him elsewhere. She said there have been no calls from the new school about her grandson’s behaviour.

Tammy said she enrolled her son at a new school in February after she felt increasing pressure from Xpey’ to leave. She said the school staff were so enthusiastic about her son attending a different school that they offered to drive her there.

“[They] just kind of made it really convenient and then all of the sudden he was at this other school.”

Due to the upheaval in this last year for her son at school, Tammy said she made the hard decision to leave her job so she could focus on his well-being.

Delorme said she considered leaving her job, too, so she could provide more support for her grandson. 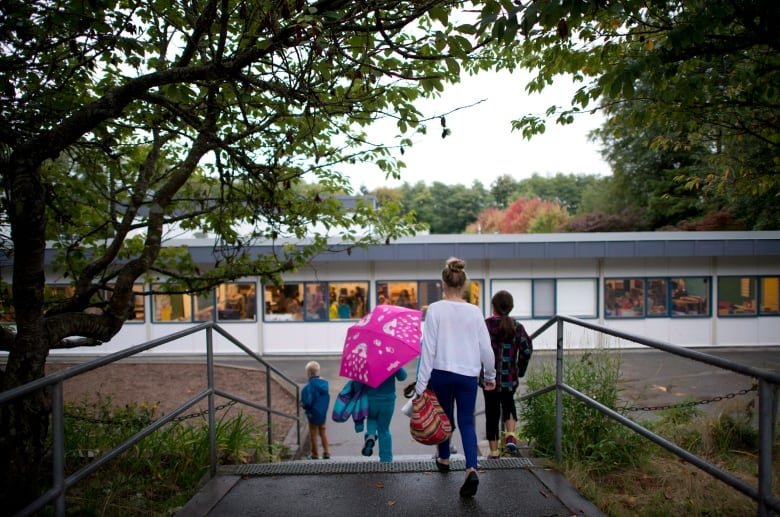 Tammy and Delorme’s boys have both been enrolled in different schools since starting the year at Xpey’ in September. (The Canadian Press/Jonathan Hayward)

The Vancouver School Board did not make anyone available for an interview to respond to Tammy and Delorme’s concerns. In an email, a spokesperson said when it comes to class composition issues the board would not comment, due to privacy concerns.

“Vancouver School District continues to strive to ensure that Xpey’ is successful in reaching their vision of educational excellence and fostering an environment where students are confident, respectful, critical thinkers and engaged learners,” the spokesperson wrote.

​Tammy said she still feels like Vancouver needs an Indigenous-focus school but she would like to see more supports put in place for children with specific needs.

Delorme said she wouldn’t recommend that any parent enrols their child at Xpey’, based on her family’s experience, but added she hopes the school improves how it supports children with special needs, how it puts together classes and how staff respond to children when there are behavioural concerns.

She also said she hopes to see improvements in the school system overall, so children like her grandson get the education they need to succeed.