Two rescued beavers are now living in the wild and building a life together, after their friendship budded in captivity.

The injured beavers became good friends while recovering in an Alberta animal rescue facility. Now their former caregivers are hoping their friendship blossoms into romance — and maybe a few baby beavers of their own.

Last summer, the two critters met for the first time at the Alberta Institute for Wildlife Conservation.

This month, they’ve been released into the wild, and they’ve stuck together.

“We’re hoping that maybe as she gets older that maybe they would have offspring. They’re very, very close.”

Watch the beavers when they were becoming friends:

At the rescue institute, staff never expected the beavers to meet. They were kept in separate pens, one for females and the other for males.

But the two found each other, and their friendship didn’t go unnoticed. At night, staff saw the nocturnal pair pacing the length of the chain-link fence that separated the pens. The beavers would touch paws through the wire.

The beavers enjoyed spending time together at the rescue facility. (Alberta Institute for Wildlife Conservation)

That’s what prompted rehabilitation staff to introduce them, even though beavers are notorious for fighting each other.

“We were worried they may attack or things like that,” Duvall said. “But from the get-go, they’ve never, to our knowledge, showed any signs of aggression with each other.

“They were swimming together, grooming side by side, eating together.” 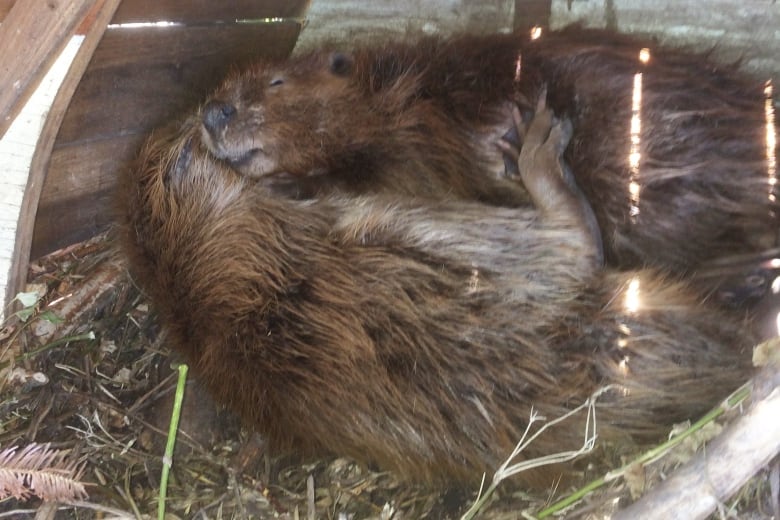 The beavers having a nap together at the animal rescue centre’s enclosure. (Alberta Institute for Wildlife Conservation)

The beavers were allowed to be together from last August to this May. The female isn’t of breeding age yet, as she’s a year younger, so staff are expecting babies next year.

Their new home is in the Ann & Sandy Cross Conservation Area, southwest of Calgary. The land will be protected from future development, Duvall said. 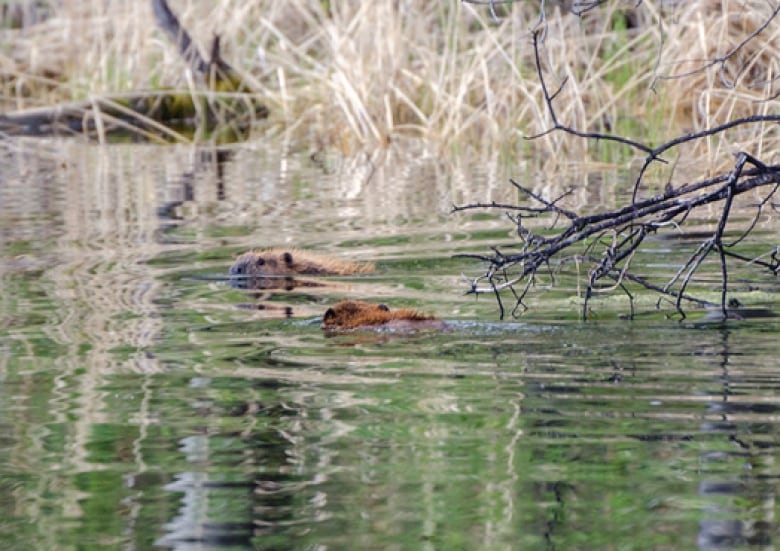 The two beavers now live together in the wild. (Alberta Institute for Wildlife Conservation)

The male swam around looking for other beavers, behaving quite territorial, she said. Now they are back to grooming each other on land and going for swims, natural behaviours for wild beavers.

“They’ve got a fantastic pond and they’re already working on building a lodge for themselves,” she said. “They’re very busy. They’re busy beavers.”

​It’s a truly Canadian love story. Two beavers admitted into the Alberta Institute for Wildlife Conservation formed an unlikely bond that led them to being released into the wild together. 6:33

With files from Josie Lukey and the Calgary Eyeopener.