With hundreds of people hunched over arcade games and the familiar clink, clink, clink of pinball machines echoing around the room, the Alberta Aviation Museum hangar looked like a scene from the ’80s on Friday.

The popularity of the pinball machine declined over the decades, but some attendees of the Edmonton Pinball and Arcade Expo say this weekend’s revival isn’t a temporary resurgence — pinball is here to stay.

“I love this because before we were just a bunch of geeks that were by ourselves doing this,” he said. “Now it’s really gotten big.”

The expo features more than 100 pinball machines, along with other arcade games. (Anna McMillan/CBC)

Floyd said video games are to blame for the decline of pinball over the decades. He credits the game’s resurgence to themed games that appeal to a variety of people, like The Walking Dead and Game of Thrones.

Floyd played his first game of pinball on a simpler machine: the Fireball. He still remembers that game.

It was at a pool hall — a place he said 10-year-olds shouldn’t have been hanging around. A group of tough-looking, older kids occupied the pinball machines in the hall, dressed in denim jackets and Dayton boots.

Floyd said he was intimidated by the group, but one of the kids waved him over to play. 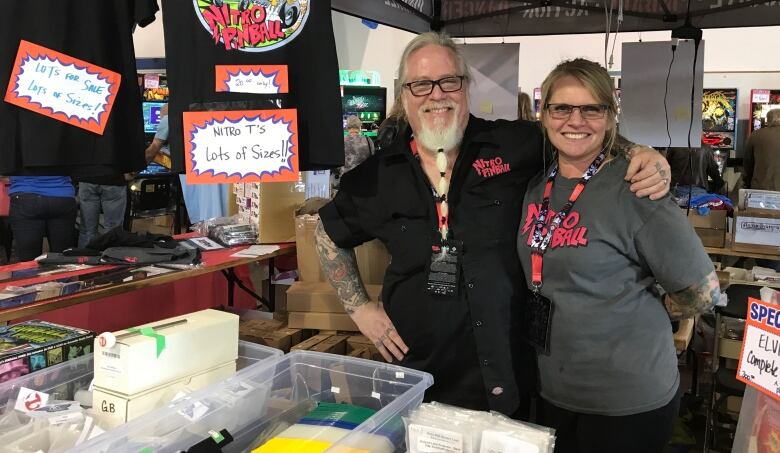 Tommy Floyd and his wife Suzanne are selling modern pinball machines at the expo. (Anna McMillan/CBC)

Many modern-day pinball fans learned to love the game at a young age, like Expo director Derek Thomson, who has been playing since he was five.

He said the nostalgia of people who played pinball in their childhood is partially behind the game’s revival.

“They’re reliving their old days of playing pinball in the arcade and playing classic arcade games,” he said. “And now you’re finding that they’re putting these in their own homes.”

People with machines in their homes often pass the love of pinball on to their children, Floyd said — a demographic that’s now showing interest in the old-school game. 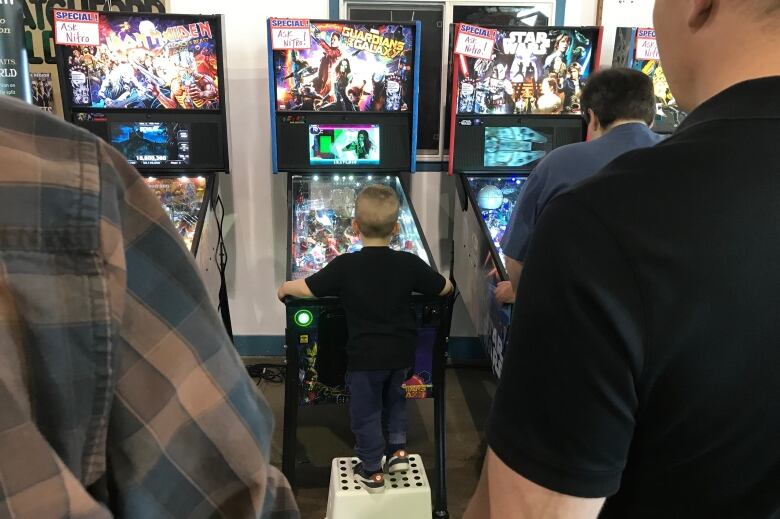 People of all ages have taken an interest in pinball since its revival. (Anna McMillan/CBC)

Edmonton has a big collector community, Thomson said, with many hobbyists restoring old games. But Floyd said people are also taking an interest in new technology on the machines. 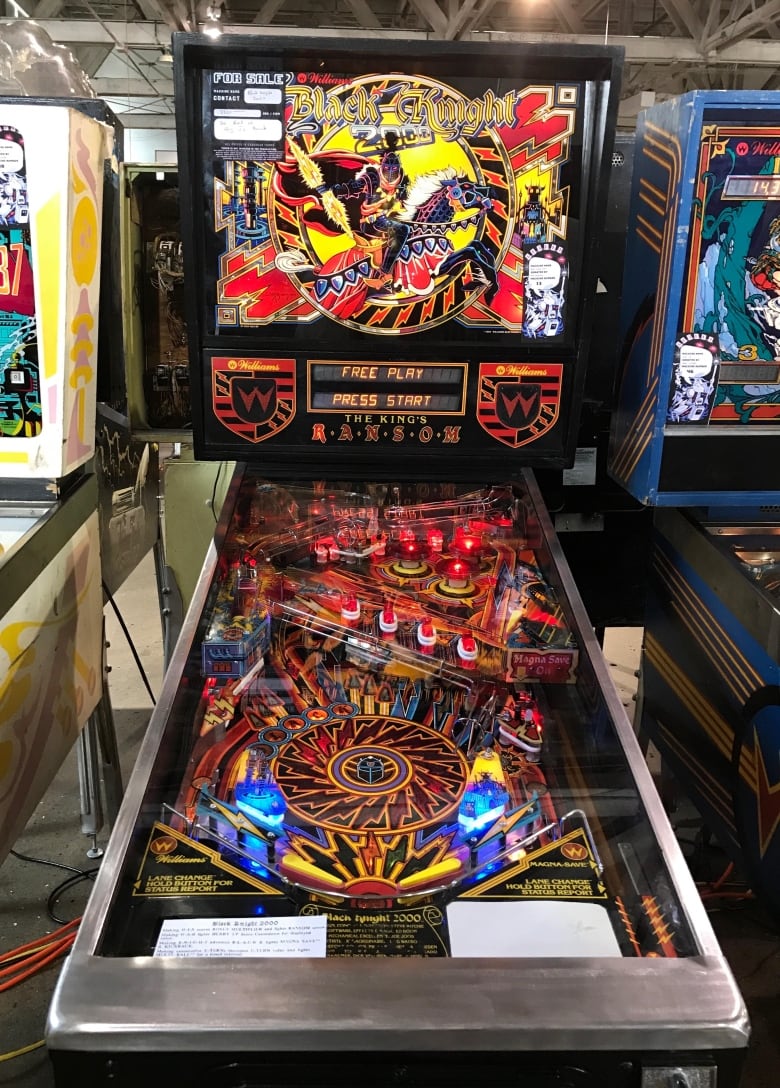 Both old and brand new machines are featured at the expo. (Anna McMillan/CBC)

Modern pinball machines have new mechanisms and game modes, and use LCD screens to create an immersive experience.

“Years ago when we played pinball, all you had was a couple of score reels to stare at. That was it,” he said. “You didn’t have all this great sensory stuff.”

Thomson compared playing on the new machines to being part of a movie.

“It immerses you into the play,” he said. “It allows you to go ahead and try to tell the story while playing a game.”

Pinball fans can take part in competitions and try out more than 100 machines — some dating back to the 1960s — at the expo, which wraps up on Sunday.