Taxpayers are on the hook for the cost of constructing a new office for former United Conservative Party MLA Derek Fildebrandt, which could cost tens of thousands of dollars.

The sudden decision by Fildebrandt to leave the UCP caucus to sit as an independent MLA last week has left the Legislative Assembly Office (LAO) searching for office space for him.

The office, which will be in the provincially-owned Federal Building on the legislature grounds, will likely have to be retrofitted by the LAO to meet the needs of an independent MLA.

Alex McCuaig, the LAO chief of staff, said they are searching for office space that is “adequate” for Fildebrandt.

“Different possibilities are being looked at,” McCuaig said. “But as of now, nothing has been finalized.”

Fildebrandt’s office will be in the provincially-owned Federal Building on the legislature grounds. (CBC )

The 59-year-old structure underwent a $400-million renovation from 2010 to 2014, which was dogged by cost overruns and controversy.

At one point, extravagant plans were in place to turn the top floor of the art-deco-style building into a private penthouse for former Premier Alison Redford.

McCuaig said the Federal Building is a multi-purpose building that can be modified, but MLAs can’t be put into an “open-concept” floor.

“You can’t have different caucus members sharing the same space,” McCuaig said. “They discuss caucus matters and they require space to have those conversations without other caucus members being able to listen in.”

Although McCuaig said a location for Fildebrandt’s office hasn’t been finalized, several sources have told CBC News his new office will be on the fourth floor, in an area that was previously used as a training room for LAO staff.

Fildebrandt resigned from UCP amidst scandals

Fildebrandt held onto his seat in the legislature as the MLA for Strathmore-Brooks, but resigned from the UCP caucus Aug. 15 following a series of highly publicized political scandals.

The self-proclaimed fiscal juggernaut rented his taxpayer-subsidized Edmonton condo through Airbnb, earning a reported $2,555 over a two-year period. He also double-dipped on meal expenses, according to records released by Alberta Party leader Greg Clark. Fildebrandt said the $192.60 in extra meal expenses were “administrative errors.”

Fildebrandt also faces a hit-and-run charge from 2016 after Edmonton police conducted an investigation into an incident that occurred in June of that year. Fildebrandt has since hired a lawyer who said his client denies the allegation that he was involved in the accident.

After a loud public outcry from the scandals, Fildebrandt quit the UCP caucus, and said he would repay the Airbnb money and the extra meal expenses to the Alberta government.

Fildebrandt is on vacation and was unavailable for comment.

Could cost as much as $50K: contractor

McCuaig said a final budget hasn’t been set for the office inside the 33,000-square-metre Federal Building. 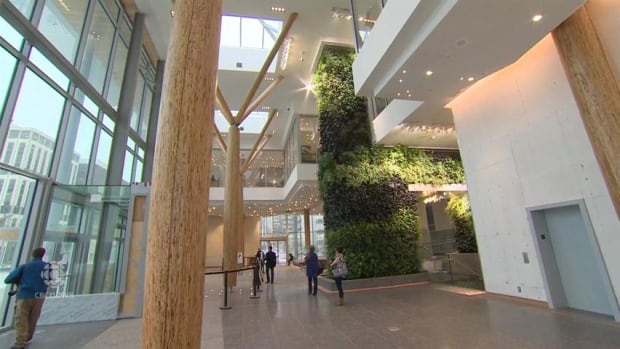 However, costs for creating a new office in an old building can quickly add up, according to veteran general contractor Curtis Farvolden with Morinville-based Odin Renovations Inc.

Farvolden said additional costs could include reframing of walls, moving sprinkler systems, getting a city permit and moving plumbing.

The work, he said, would involve using “all the trades.” This includes electricians, which according to the latest collective agreement between the Electrical Contractors Association of Alberta and the International Brotherhood of Electrical Workers, would run $100-per-hour just for a journeyman electrician.

Alberta Liberal leader David Khan said as an MLA, Fildebrandt is entitled to an office. But it was his own choice to leave the UCP caucus, creating the need for a new office and an additional cost to taxpayers.

“Now these are multiples of the amount of money he originally cost Alberta taxpayers with respect to his unethical lapses in judgement,” Khan said. 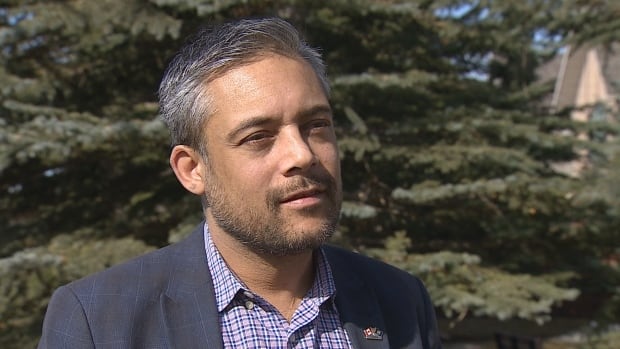 Liberal Leader David Khan says independent MLA Derek Fildebrandt is entitled to an office, but the bills are adding up for taxpayers. (CBC)

“The thick irony is that he could be costing tens upon tens of thousands of dollars to the Alberta taxpayer,” added Khan, something he said Fildebrandt would have likely been critical of just months ago.

McCuaig says the departure and existence of so many independent MLAs “wasn’t anticipated” when the redo of the Federal Building was completed in 2014.

“I don’t think anyone anticipated there would be four [MLAs sitting as single members],” McCuaig said.

‘The thick irony is that he could be costing tens upon tens of thousands of dollars to the Alberta taxpayer.’ – David Khan, Alberta Liberal Party

Starke is now housed in the office once used by Calgary-Bow NDP MLA Deborah Drever. Drever was barred from joining the NDP caucus after the 2015 election for a series of social media blunders she committed before the campaign. She sat as an independent before joining the caucus in 2016.

McCuaig said the alternative to having ready space for independent MLAs is to have an empty office — which he said isn’t necessarily the best use of space either. 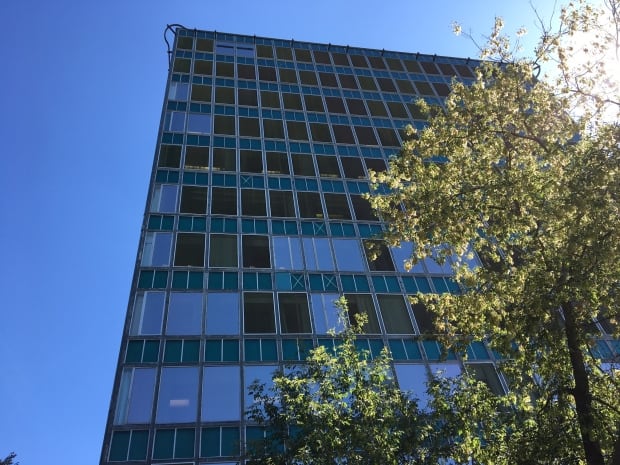 Before the Federal Building was renovated, most MLAs had offices in the Annex. Independent MLAs were sometimes put in the old ‘smoking room.’ (CBC)

But the space issue for independent MLAs shouldn’t have come as a big surprise.

Before MLAs had offices in the Federal Building, most were housed in the old Annex building, an unsightly green edifice just northeast of the legislature.

Leaving caucus to sit as an independent MLA became more frequent near the end of the PC dynasty, said Jonathan Huckabay, chief of staff for the Alberta Liberals.

Huckabay spent years working as a staff member for the PC caucus before moving to the Liberals with former PC MLA Raj Sherman, who crossed to the Liberals to become leader for a time.

Huckabay said before the Federal Building, independent MLAs were put into whatever space was available. Even, he said, the old “smoking room.”