Scarlett Johansson may have just gotten some new ink.

The actress stepped out in Atlanta on Monday sporting some serious body art crawling across her upper back while in casual clothes. The Golden Globe nominee was spotted ahead of shooting, perhaps for the fourth installment of the Avengers franchise. While little is known about the upcoming film, aside from newly released set photos that confirm a trip to Japan will take place, it seems Black Widow may have an elaborate tattoo in her future—or at least hiding underneath her signature bodysuit.

While it’s unclear whether the ink is permanent or a temporary accessory for the shoot, Johansson is certainly no stranger to tattoo parlors. 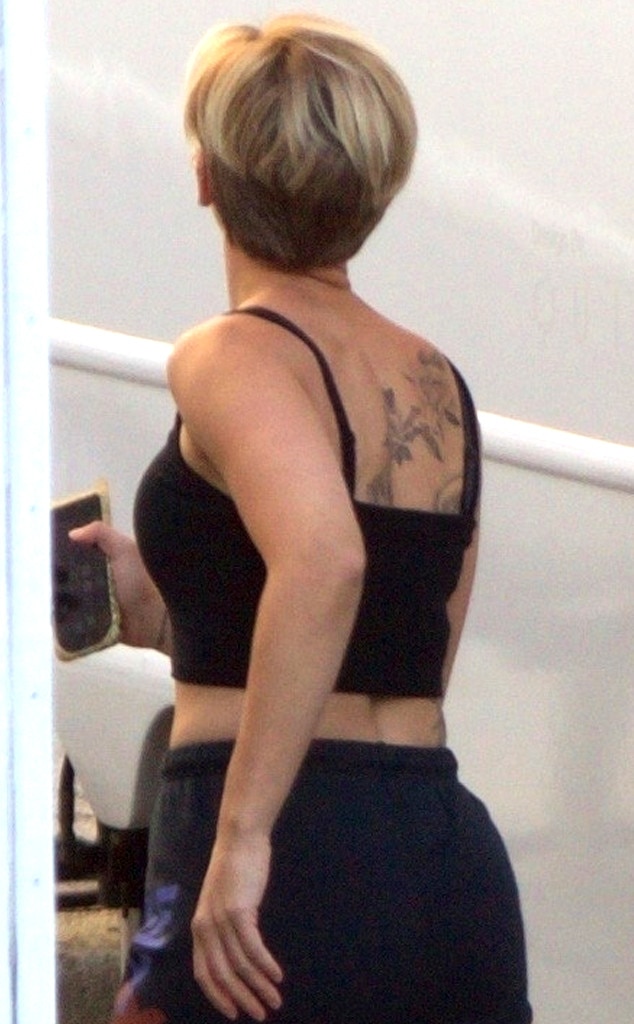 Aside from her character’s potential new body art, Johansson have some ink all her own, including an “I [Heart] NY” bracelet etched around her right wrist, a sunset tattoo on her left forearm and two interlocked circles on her right ankle. There’s unclear art above her rib cage on both sides and the image of a lamb on the right side of her back. There’s also the horseshoe ink she has on her right side, which was done by French tattoist and graffiti artist Fuzi Uvtpk while Johansson was in Paris.

The blockbuster star has remained mum about the meanings behind her eclectic collection of body art, so we have to leave it up to personal interpretation.

Though the new addition to the collection is hard to make out, it’s even more unclear whether it’s staying forever or just making a cameo appearance.

Nevertheless, ScarJo is rocking it either way!