Kai Cole is clearing up what she calls some “misperceptions” about her famous ex-husband, screenwriter Joss Whedon.

Cole—a Los Angeles-based architect who founded Bellwether Pictures with Whedon—penned an essay for The Wrap in which she claims her ex is a “hypocrite preaching feminist ideals.”

She began, “I’ve been asked some questions by the press recently about my divorce from Joss Whedon, to whom I was married for 16 years. There is misinformation out there and I feel the best way to clear up the situation is to tell my truth…I feel compelled to go on the record and clear up some misperceptions. I don’t think it is fair to me or other women to remain silent any longer.”

After explaining how she met him on a road trip and moved to L.A. to be with him, she noted that that “everything changed” when he took his Buffy the Vampire Slayer script to television.

“There were times in our relationship that I was uncomfortable with the attention Joss paid other women,” Cole wrote. “He always had a lot of female friends, but he told me it was because his mother raised him as a feminist, so he just liked women better. He said he admired and respected females, he didn’t lust after them. I believed him and trusted him. On the set of Buffy, Joss decided to have his first secret affair.” 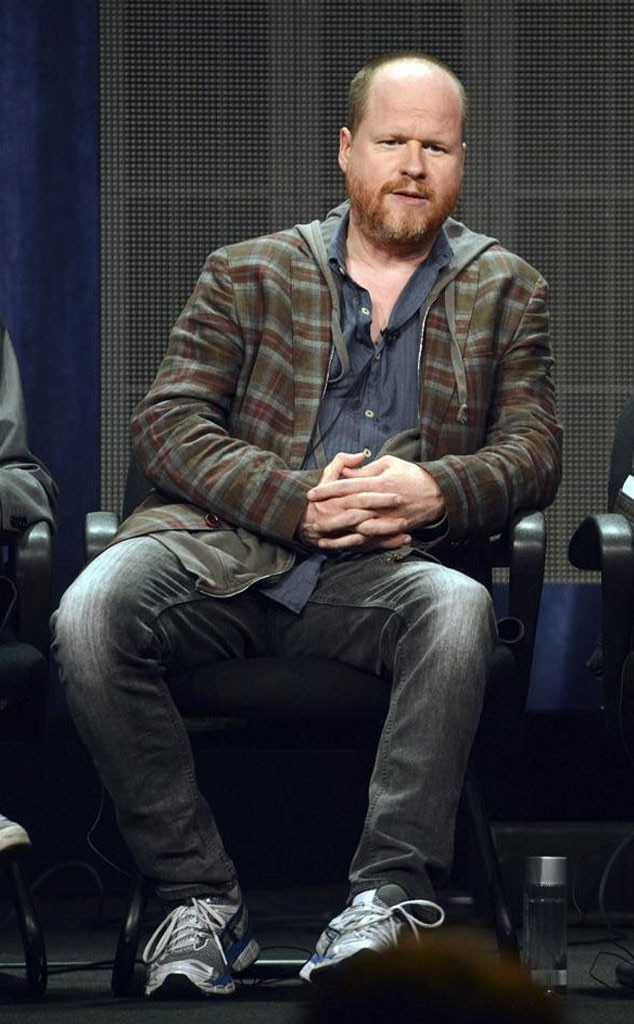 Cole went on to reveal that Whedon wrote her a letter once he decided to end their marriage in 2012 and admitted he’d been having many secret affairs for about 15 years.

“After he confessed everything, he told me, ‘I let myself love you. I stopped worrying about the contradiction. As a guilty man I knew the only way to hide was to act as though I were righteous. And as a husband, I wanted to be with you like we had been. I lived two lives,'” she wrote. “When he walked out of our marriage, and was trying to make ‘things seem less bewildering’ to help me understand how he could have lied to me for so long, he said, ‘In many ways I was the HEIGHT of normal, in this culture. We’re taught to be providers and companions and at the same time, to conquer and acquire — specifically sexually — and I was pulling off both!'”

Cole continued, “Despite understanding, on some level, that what he was doing was wrong, he never conceded the hypocrisy of being out in the world preaching feminist ideals, while at the same time, taking away my right to make choices for my life and my body based on the truth.”

She wrote, “He deceived me for 15 years, so he could have everything he wanted. I believed, everyone believed, that he was one of the good guys, committed to fighting for women’s rights, committed to our marriage, and to the women he worked with. But I now see how he used his relationship with me as a shield, both during and after our marriage, so no one would question his relationships with other women or scrutinize his writing as anything other than feminist.”

Cole explained how she broke down after their marriage came to an end, which eventually led to her being diagnosed with Complex PTSD.

“My brain could not fit my experience of our life together, through the new lens of his deceit,” she wrote. “For the last five years, I have worked hard to make sense of everything that happened and find my balance again. It has not been easy, because even though in my personal life I have been completely open about what happened, publicly people only know his superficial presentation of us: him as the lovable geek-feminist and me in the background, as his wife and supporter.”

She concluded, “Until recently, Joss was still letting the illusion of our marriage stay intact. Now that it is finally public, I want to let women know that he is not who he pretends to be. I want the people who worship him to know he is human, and the organizations giving him awards for his feminist work, to think twice in the future about honoring a man who does not practice what he preaches. But no matter what happens, or how people interpret this statement, I no longer have to carry the burden of Joss’ long-term deceit and confessions. I am free.”

A rep for Whedon—who is known for his history of supporting women and feminist causes—released a statement in response to the essay, telling E! News on the screenwriter’s behalf, “While this account includes several inaccuracies and misrepresentations which can be harmful to their family, Joss will not be commenting, out of concern for his children and out of respect for his ex-wife.”

Another source told us, “These claims from a former marriage that resulted in a contentious divorce should not minimize years of true dedication.”