Katie Holmes and Jamie Foxxcontinue to keep their unconfirmed relationship on the down-low.

The actor was photographed at The Commons at Calabasas in Southern California this week around the same time Holmes and her 11-year-old daughter Suri Cruise were also spotted at the upscale retail center. Foxx—dressed stylishly in a navy blue polo, khakis and wide-brimmed hat—picked up dessert from Menchie’s Frozen Yogurt.

One source said that upon Foxx’s departure, it appeared he was headed in the direction of Katie’s home.

For years, the A-listers have fielded romance rumors, but have yet to either confirm or deny the status of their relationship. But as a second source explains, the Dawson’s Creek alum and her man are still going strong. 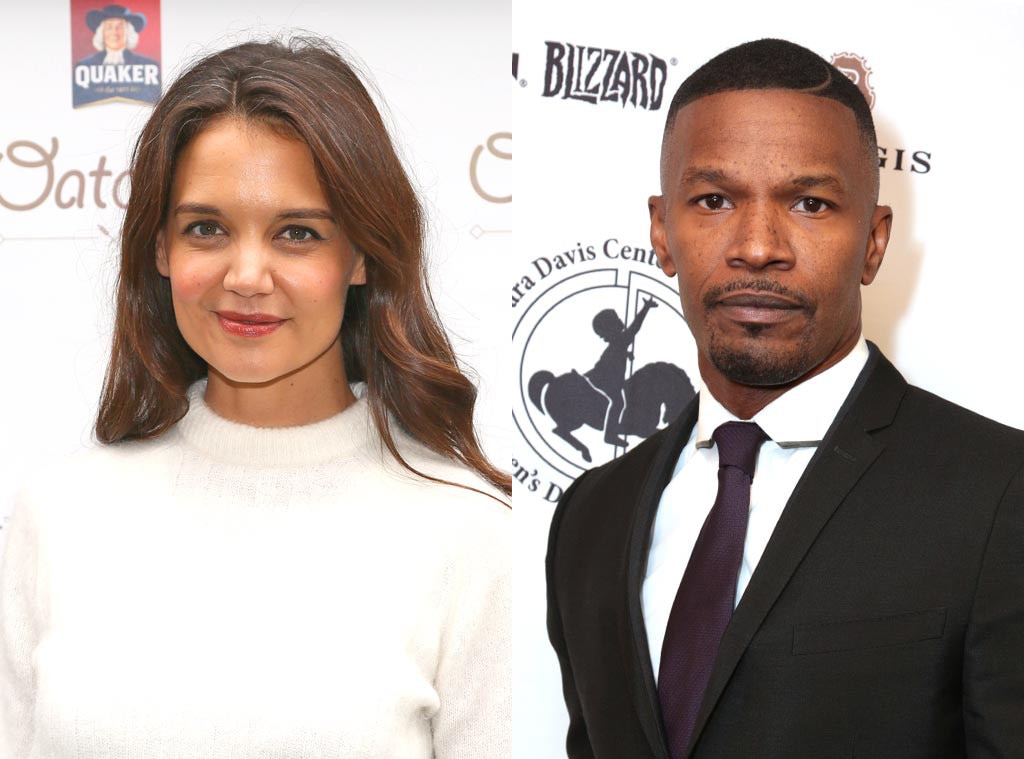 “They are really happy,” the insider tells E! News. “It’s easy and they are for sure very much in love.”

The source continues, “They are doing their thing as usual and keeping a very, very low profile.”

In April, eyewitness caught the duo enjoying a private dinner date in New York City. But ever since then, it’s been practically impossible to nail down Katie and Jamie in the same place at the same time. Earlier this summer, the actress was photographed in Los Angeles conspicuously close to her rumored beau, though not actually together.

So can fans ever expect Katie and Jamie to finally go public? According to our source, unfortunately not.

“Katie and Jamie will not at any time talk about their union,” our source shares. “They like their life private.”

And who could blame them?! E! News has reached out to their reps for comment.