Sikh community members submitted a proposal to Strathcona County council in 2015 to rezone a three-hectare property in the Campbelltown neighbourhood as a religious assembly site.

Under the plan, the site would be used by 40 to 50 people once a week, and a shed on the property would be converted into a children’s Punjabi school on the weekends.

There are no current plans to change the outside of the building, community organizer Vatan Singh Ghumman said Thursday.

But the building, near Wye Road and Range Road 233, might be expanded in the future to allow for daily services.

“Its a meditation centre we are creating here for everybody,” Ghumman said. “We’ve invited everyone, despite some concerns.”

Vantan Singh Ghumman stands behind the proposed site of the temple on a property he bought near the intersection of Wye Road and Range Road 233. (CBC)

Sikh temples, known as gurdwaras, are places of worship and meditation. Ghumman said the proposed site would act as a community centre, where anyone could drop in, meditate and get a free meal.

Deshpande said the project has been in the works for two years.

“We could have proceeded a long time ago, but we wanted the community to agree,” he said. “We don’t want to be the neighbours that everyone hates.”

But some neighbours are concerned about increased traffic on one of the county’s main roads, limited parking on the streets and a possible decrease in property values.

Wayne Kading, a representative of the Campbelltown Heights Residents Association, said the temple would change the neighbourhood.

“[The temple] just doesn’t fit the residential acreage lifestyle that we have here,” Kading said. “It will significantly change the whole nature of this community.”

Kading said the association hopes Strathcona county council will vote down the proposal in coming weeks or the Sikh community will withdraw it.

Sikh community members say that since 2015 they have hosted open houses, reached out to families in the area and gathered support for their proposal.

Proponents of the plan attended the county’s last public hearing on the issue on July 18, to formally present the project to county councillors.

​At the hearing, the council voted to have the issue reviewed in the fall, after the municipal election.

There are three Sikh temples in the Edmonton area, including one in Mill Woods, about a half-hour drive from Aman Gill’s home.

“What people don’t realize is that a half an hour drive in the summer is an hour or more in the winter,” Gill said. “There’s always commute problems or traffic problems, but if we had something locally it would just be so convenient.”

The temple would be used at least 10 times a year for religious festivals, including marriages and other special events. 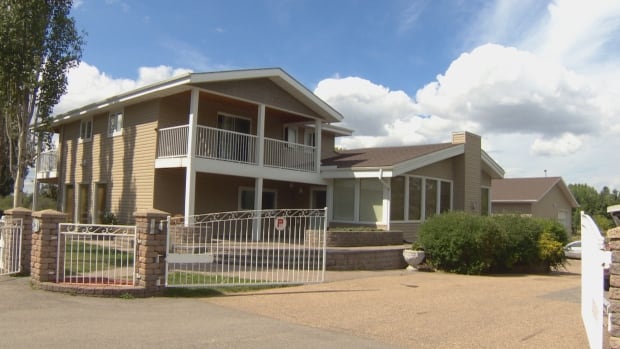 This house near Wye Road and Range Road 233 is where the Sikh community plans to host religious events. They say there are no immediate plans to change the outside look of the home. (CBC)

Gill said such events would help Sikhs and other residents in Sherwood Park become a close-knit community.

“Anyone can come in and get a vegetarian meal,” she said. “Canada’s given us so much and we believe in giving back to the community.”

Ghumman said the Sikh community in Sherwood Park has gone too long without its own temple,

“There’s a great need for our children, for our seniors,” he said. “If you look at subdivisions around here, there are a lot of Sikh people … but no temple.”