A $50-million Alberta lottery winner is celebrating another big win — this time in the courtroom.

Randall Rush has triumphed in his legal battle with entrepreneur Jeremy Crawford after investing nearly 10 per cent of his winnings in his startup company.

Earlier this year, the former business partners reached a settlement that required Crawford to return assets to Rush worth $4.5 million, including a luxury home in Arizona and a Porsche Cayenne.

“I am delighted that the civil action is complete,” Rush said, speaking publicly for the first time since launching a U.S. lawsuit against Crawford in November 2015.

In an interview with CBC Edmonton Thursday, Rush, 51, said his lawsuit was never about the money: “It’s the principle of it.”

In January 2015, a routine trip to a Lamont, Alta. grocery store to buy food for his cat, Conway Kitty, became life-changing.

Rush had been playing the same numbers for 14 years, after they flashed in his head while watching an Edmonton Eskimos game with a pal. But it was a Quick Pick ticket that caused him to hyperventilate.

“The experience is so intoxicating that you could literally die of a heart attack,” Rush said.

Two months later, he began investing in Kult Labs, a startup mobile app company launched by Crawford, the son of friends from church.

Good will runs out

“There was a long leash of good will here and a huge leash of trust,” said Rush. “There wasn’t the same vetting process as other business ventures.”

But by the end of 2015, the relationship unraveled. The two former business partners, who shared a love for luxury sports cars, a trip to Hawaii and even made a business deal worth millions in a Sherwood Park Cora’s restaurant, were locked in a bitter legal battle on both sides of the border.

In the Arizona lawsuit, filed with the Maricopa County Superior Court, Rush accused his nemesis of fraud, misrepresentation, unjust enrichment and acting “with an evil mind,” which Crawford denied.

As the court process played out, documents show the judge threatened Crawford with a civil arrest warrant after he was found in contempt and fined for mortgaging an office building, a frozen asset in dispute. 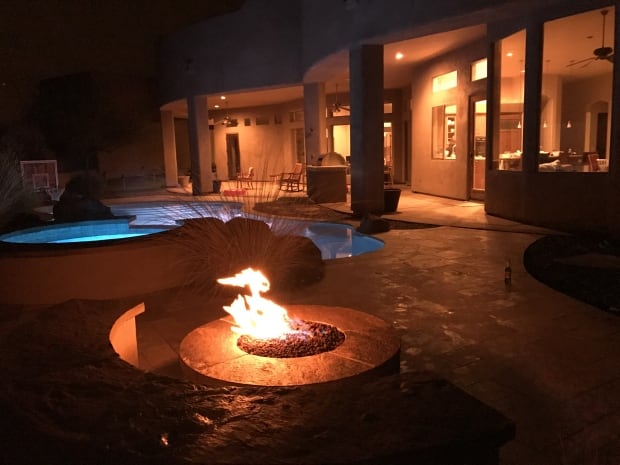 In the settlement, Randall Rush recovered this Arizona luxury home once inhabited by Jeremy Crawford.

“We had no choice but to finally settle with Rush and give him what he wanted,” Crawford told CBC last September, noting the fines were adding up. “I guess it’s just one big nightmare I just want to wake up from.”

He did not respond to CBC’s most recent request for comment, but has previously denied Rush’s allegations.

‘I’ve always been a generous person, but it has more rules around it now.’ – Randall Rush

On Thursday, Rush estimated he had recovered just over half of his investment. But he said the experience gave him the opportunity to meet others who had similar financial dealings with Crawford, involving less money.

Documents show courts awarded thousands of dollars in outstanding rent to two of Crawford’s Calgary landlords in 2013. More than a decade ago, he was convicted of petty theft and fraud in Edmonton. And in 2013, a court ordered the seizure of his property due to $85,909.05 in outstanding income tax payments.

“I felt I owed these people a responsibility to have some form of justice,” said Rush, noting his windfall allowed him to rack up $500,000 in legal fees. “I’m firmly convinced that I came into this money to shut Jeremy down.”

“Yeah, it is embarrassing,” said Rush. “A lot of things go through your mind, a lot of scenarios, a lot of anger, a lot of frustration. And then you’re thinking, ‘Gee, shoulda, coulda, woulda.’ Hindsight’s always 20/20, right?”

But Rush said he no longer feels angry, especially after speaking with other wealthy friends who have lost even heftier sums in bad business deals with people they thought they could trust.

“I’ve always been a generous person, but it has more rules around it now.”

Rush is now putting his energy into the construction of a high school in Uganda, as he considers other humanitarian investments, both local and overseas.

“That feels good,” he said, expressing optimism about East Africa’s future. “If I can be a part of that, then maybe I’ve done something.”

At 51, the retired heavy equipment salesman said he works harder than ever. He joked that he grew out his blonde, wavy hair because he still can.

Sitting on the patio of an Edmonton coffee shop, Rush wore blue-tinted glasses inspired by a photo of Buddy Holly and a gold anchor around his neck, a reminder to stay grounded.

He offered a few bucks and some friendly words to a man who asked for money. Rush said he worked in a soup kitchen in his 20s and nearly became homeless himself.

“People around me tell me I’m still the same guy,” he said, when asked if the money has changed him. “I can do a lot more things than I could before. I’m able to touch a lot of people’s lives in a way I haven’t touched before. Which is really satisfying. You know, with much, comes much responsibility.”

Randall Rush says Conway Kitty has managed to stay the same for the most part, despite the multi-million-dollar win.

While the money may not have changed Rush, the jury is still out on his cat, Conway Kitty.

“Well, he did tree a bear a few months ago,” laughed Rush, recalling how his cat who used to cower from the chihuahua next door chased a bear up a tree.

“He is demanding more soft cat food on a daily basis,” said Rush. “Otherwise, I think he’s pretty much the same.”