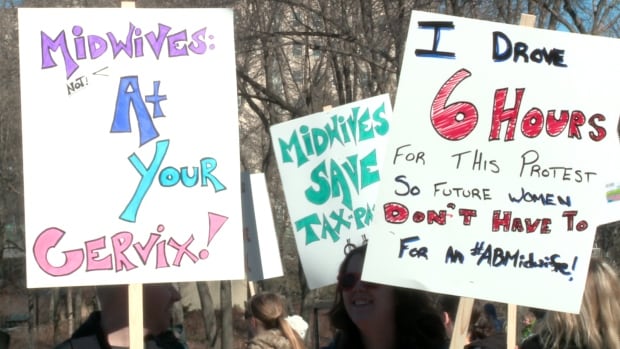 Alberta Health has released its new funding allocation for midwives in the province and for some that’s bad news.

Some centres didn’t receive the amount of funding they were expecting so despite a demand for service they can no longer afford to keep their doors open.

The St. Albert Community Midwives clinic is one of those centres.

Since the new funding was announced she doesn’t think the clinic will be able to make it though the year.

“We were given less than half of what we need for the year,” said Roy. “Our fiscal year starts April first, so we’re looking at closing in the fall.”

“We’re booked right up to November but we’re not going to be able to afford the lease on our space, and our supplies, and everything like beyond about September.”

Nicole Matheson, the president of the Alberta Association of Midwives, says funding hasn’t kept up with demand as more midwives continue to move to the province or graduate.

“Midwives currently in Alberta are working at about 56 per cent of the capacity of what the midwives could be offering if the funding were to allow that,” said Matheson.

Dozens of midwifery advocates were at the Legislature on Mar 09, 2016. (CBC)

The province funds more than 2,500 midwife assisted pregnancies each year but Matheson says that’s not enough – there are currently 1,800 pregnant women on a wait list.

Roy said that it’s hard to find a midwife in Alberta, meaning in many cases, woman won’t be able to access their services before they give birth.

“When we dreamed up our worst case scenario in taking this risk, it was never fathomable that it would come to this extreme,” said Roy. “It was a shocker to everybody.”

Timothy Wilson, the press secretary for Sarah Hoffman, said the health minister is committed to working with Alberta Midwives.

“We know that midwives across the province provide effective, compassionate care to hundreds of families every year, giving expecting mothers more choice,” Wilson wrote in a statement provided to the CBC.

“We’re proud that last fall we were able to increase their funding by $1.8 million, a 17 per cent increase, that enabled midwives to support up to 400 more births in the province this fiscal year.”