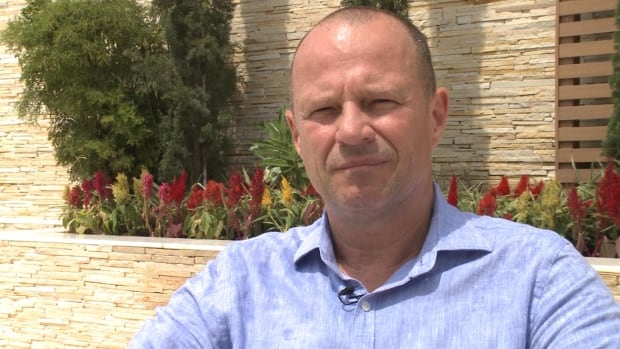 The challenge is itself Olympian: protect more than 1,500 athletes and an expected half-a-million tourists for two weeks in August while Rio de Janeiro hosts the Summer Games. Also, do that with security budget that, this week, became about $550 million US smaller.

On Monday, Brazil’s government cut its security budget by more than 30 per cent. And while most of those cuts will deal with future investment, the government announced that some will affect its plans for the Olympics, such as establishing a specialized Urban Pacification Police unit in Maré, Rio’s massive complex of 15 slums near the airport.

Instead, this unit will only be set up sometime after the Games.

Eliana Sousa, director of the Maré Development Network, says now the government will have to rely on the army, as it did during the World Cup when more than 1,000 security forces were sent in to occupy the favela.

“The army stayed here in Maré permanently for 15 months and 600 million reals, and what do we have from the public security point of view?” she asks. “Nothing. Nothing has changed.”

With the Olympics now less than five months away, some here feel Brazil isn’t taking the risk of terrorism seriously enough.

“What worries me the most is that Brazil’s intelligence agency alleges that a terrorist attack during an Olympic Games in Rio de Janeiro would be low-risk because we haven’t had any events” related to terrorism, says Paulo Storani, a former captain in Rio’s special operations police force, now a security consultant and professor.

The size of the Brazil’s Olympic security force — some 48,000 police and firefighters, bolstered by 38,000 from Brazil’s armed forces — is about twice that for the London Games in 2012.

But the sheer numbers aren’t reassuring, Storani says, calling it an effort to compensate for the fact that the country didn’t invest in the necessary technology and equipment.

“Unfortunately because of the lack of planning and executing, it didn’t happen,” he says. “So now they have to invest in the mobilization of that number of people.

“If we depend on the structure that is being prepared for these Games, we are extremely vulnerable to these attacks, just like what happened in Paris and Brussels,” Storani says.

The view from inside the cordon is different, mind you. “Brazil has adopted all the possible necessary measures in order to confront any attacks,” says the man in charge of Olympic security, Andrei Rodrigues, special safety secretary for major events at Brazil’s ministry of justice.

Rodrigues gave me a tour of the Olympic security’s command and control centre. The room is like a large movie theatre, but instead of one screen, the wall is covered in dozens of them. In effect, it is a compound electronic eye with hundreds of facets, each one with a different view of the Games. 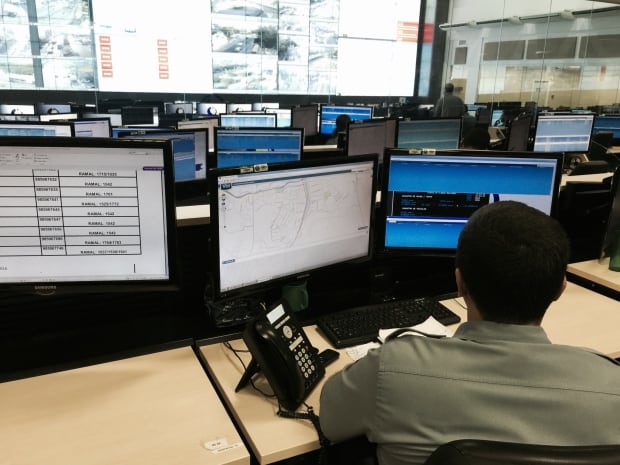 In the lead-up to the Olympics, Brazil’s police will be helped by security forces from other countries. (Kim Brunhuber)

“We have the capacity to receive images from all the cameras installed across the Olympic areas in real time,” Rodrigues says.

Here in the command centre, Brazilian security forces will work with colleagues from around the world to monitor the city. They’ll even screen visitors before they land.

“Brazil adopted systems of security which receives data from passengers that check in from their country of origin,” Rodrigues says. “And immediately, in real time, the federal police in Rio de Janeiro in Brazil receive their data to treat the information before they arrive.”

Brazil has had very little history of terrorism. But this year the country just passed new security legislation, which widens the definition of terrorism.

“Security works like that,” Rodrigues says. “Always trying to make it better and better.”

The 2014 World Cup — that massive international event that Rio also hosted — was just a trial run.

Since then, organizers have been modernizing, Rodrigues says, sending hundreds of police to other large sporting events, like the Pan-Am Games in Toronto last summer to learn the newest techniques.

“So we have been collecting the best practices worldwide to employ in big events. From this point on, we adapted them to our Brazilian realities,” he says.

The security forces, already wary, are now even more on edge because of the Brussels bombings. Rodrigues notes that the recent attacks show that even in the most developed countries, and in the most secure and monitored locations like airports, terrorists can still strike.

“It’s hard to say that it guarantees 100 per cent of safety, that we are immune from these kinds of attacks.”