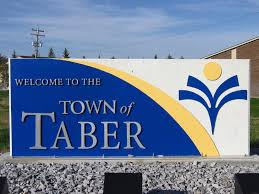 A new swearing ban has been proposed by the town of Taber, Alberta, with a potential fine of $150 imposed for swearing in public. This is not the only ban that sounds ridiculous but which are a fact in the town. Taber also has bans on anyone under 18 years old being outdoors after 11pm, yelling, spitting, and even making too much noise while in a bar or getting together in a group of more than 3 people. These laws have made the town the subject of a lot of ridicule from outsiders, and they may not be that effective at curbing the bad behavior the laws were implemented to stop. Some attorneys are publicly commenting that Bylaw 4-2015 actually violates the Charter of Rights and Freedoms in Canada, and saying that they will challenge the law if asked to do so by a prospective client.

The Taber, Alberta swearing ban has started people talking, bt not always in a good way or with discussions about the law and legal aspects. Many believe that there are much more important issues to tackle, and some feel that the town is going too far. Lethbridge Defense Bar lawyer Wade Hlady said “It reads like a police officer’s shopping list.” The bylaw is being criticized because of how it is worded, which basically gives police officers the right to hand out fines and force people to leave a location just because they could become a problem later on. Hlady explained “A person who whispers a swear-word in public could go to jail for up to six months. That might be taking things to the extreme, but I think Taber’s town council already did that.”