In the past few years, an immense pack of hyenas has gathered out there in the virtual darkness just beyond the campfire, licking their chops and waiting.

Actually, to call them hyenas is a libel against hyenas. These creatures are not looking for sustenance. They merely want to punish.

They are pitiless and astringent. Most, in fact, see themselves as championing some sort of moral rectitude.

They are the public shamers — tweeters, bloggers, facebookers, online rule-makers — and they have collectively revived a practice so cruel that Western courts abolished it long ago.

They inspire terror, or should, in just about anyone who thinks about what they do.

Ask yourself this question: What’s the worst thing, or the stupidest thing, you’ve ever done? What fills you with such guilt that you would do just about anything to keep it private?

Then imagine some amateur online detective discovering that sin (really, it can be anything with the potential to mortify you) and tweeting it out into the void, and the shamers turning and noticing you, and then closing in.

It happens constantly these days, and when it does, there seems to be no defence. Even if you are defiant, your employer will likely crack.

You are suddenly in a vast kangaroo court with no due process, only ugly outcomes.

So powerful is this new social force, in fact, that some people are beginning to ask whether it can, or should be stopped.

Monica Lewinsky, the most famous bearer of the scarlet letter in recent American history, is on the speech circuit, positioning herself as “patient zero” of online shaming.

There are also at least three books coming out on the shaming. The authors, who all take different views on the defensibility of the practice, have everyone’s attention at the moment.

I interviewed one of them last week, an unprepossessing British journalist named Jon Ronson who’s about to publish So You’ve Been Publicly Shamed.

Ronson is a reflective fellow, a former shamer himself who once relished helping take down those whose speech he found offensive.

Unlike most shamers, though, he began to think about the consequences of what he was doing.

British journalist Jon Ronson, author of “The Men who Stare at Goats,” has now written about online shaming. (CBC)

His book documents the stories of people whose sins were sometimes deliberate.

Like the prominent journalist who invented partial quotes, to the thoughtless PR professional who tweeted a remark about race before boarding a flight to South Africa, then disembarked to find she had an audience of millions.

Ronson also talked to the youthfully foolish girl who defiantly sat in front of a government sign and flipped the bird — except that the sign was in America’s national military cemetery, almost sacred ground.

All lost their jobs, were financially ruined and shunned. In all cases, the punishment was grotesquely out of proportion to the transgression.

All of them discovered that shamers, like the Dominicans of the Inquisition a few centuries ago, demand abject submission, a confession by the sinner, the purification of suffering.

Shame is what others believe

Ronson compares shamers to the crowds in lithographs from centuries back who made a day of it, laughing and enjoying themselves while some poor bugger was whipped, or hanged, or clapped in a pillory, head exposed and vulnerable to whatever torture the mob saw fit to inflict.

He likes to meditate on the nature of shame. Shame is unlike guilt or humiliation. If you are on the receiving end, you don’t have to believe an accusation to be humiliated. You do have to believe it to be shamed.

Guilt is what you allow yourself to believe about what you’ve done. Shame is the result of what others believe.

Ronson says sex, no matter how kinky, is no longer the shaming device it once was. (Unless, of course, you’re a conservative public figure who’s made a political career of moralizing and gets caught in, say, an airport bathroom stall.)

What the shamers really go for is the utterer of a sexist joke, or a racist remark. Or what is perceived as a racist remark; perception, rather than intent, seems to be what stokes the shaming frenzy.

The journalist who plagiarizes. The television anchorman who embellishes a war story. And above all, someone who flaunts class privilege. There appears to be no greater offence than that.

Ronson has clearly bonded with some of the unfortunates whose stories he’s chronicled; so sunny is his disposition that he seems to think that books like his, and advocates like Lewinsky, will make people reflect upon and abandon shaming. 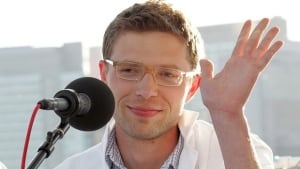 Former New Yorker science writer Jonah Lehrer resigned in disgrace three years ago after being outed for making up quotes from Bob Dylan in a book about creativity. He has new book coming out in May. (Getty Images)

And, indeed, Lewinsky seems to have been forgiven by the mob.

But believing in human compassion to stop this madness? I don’t know.

But I do watch shamers gestate all the time in the public comments sections of almost anything that’s written online.

The shamers are the ones unwilling to engage in the issue at hand, who prefer ugly ad hominem attacks on anyone who disagrees with their social views.

I sign everything I write, and to me, the solution to shaming is to deny the anonymity that without question emboldens online viciousness.

There’s almost no such thing as true anonymity anymore, anyway. A determined lawyer or government investigator can find just about anyone nowadays. So can a determined hacker.

Once the ability to expose the real people behind the mocking usernames is available to us all, I daresay the tone will become a lot more subdued. Even perhaps civil.

Neil Macdonald is currently working on a documentary for CBC TV’s The National on the subject of internet shaming.