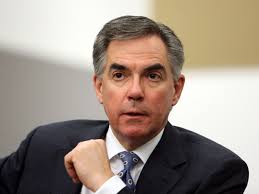 According to Brian Jean, who is the Wildrose leadership candidate, Jim Prentice is an elitist based on some of his recent comments. An interview last Wednesday with CBC radio Prentice commented that “In terms of who is responsible, we all need only look in the mirror, right. Basically all of us have had the best of everything and have not had to pay for what it costs. Collectively we got into this as Albertans and collectively we’re going to get out of it and everybody is going to have to shoulder some share of the responsibility.” This statement did not go well with Brian Jean, who responded “To suggest we as Albertans are at fault? My goodness gracious, give your head a shake. You are to blame and the people standing behind and beside you are to blame. It is his PC party and his PC party alone created this mess. Bluntly speaking, they cannot be trusted. To say something so insulting as that, I say if he looks what’s in the mirror, he will see who is to blame.”

Brian Jean is not the only one who took offense at the comments that Jim Prentice made during the radio interview. According to Heather Forsyth, the Wildrose interim leader, “At a time many Albertans are worried about the value of their home plummeting, keeping their job or being able to make ends meet, Mr. Prentice’s comments blaming Albertans for being directly at fault for the PC government’s gross fiscal mismanagement shows how deeply out-of-touch this 44-year-old government has become.” Rachel Notley, the NDP leader, also spoke out against the comments and demanded an apology by stating “Perhaps we should be asking what Mr. Prentice would see if he looked in the mirror. He would see the leader of a tired 44-year-old government that has squandered our resource wealth. He would see a leader who is telling Albertans they will pay more to get less, while giving their money away in tax breaks to big banks, large corporations and high-income Albertans.”