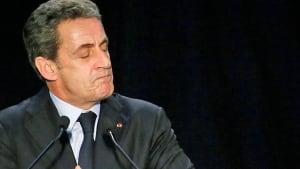 Spring in Paris — the crocuses are in bloom, and the investigations into political corruption are in full flower.

Leading the way is a whole party — the far-right National Front, led by Marine Le Pen, which just eclipsed the French Socialist Party in local voting and is heading into run-off elections with the centre-right on Sunday.

Complicating its “historic breakthrough,” as the newspaper Le Monde put it, Le Pen’s party is being investigated for fraud at the scene of its previous great win, the European Parliament.

Last spring the National Front came first in France in the European elections and has 23 members in that parliament.

But while the party aims to pull France out of the European Union, it is not above profiting from a little European largesse in the interim.  So it put 29 party activists on the payroll as parliamentary assistants.

So far, so legal. But the Speaker of the European Parliament has ordered a fraud investigation, accusing the National Front of siphoning off the assistants’ salaries to finance its political campaigns in France.

Other parties have been accused of financial abuses in the European parliament. “But never has any other party done it on such an industrial scale,” says Sylvie Guillaume, a leading French Socialist member of the European Parliament.

For good measure, the National Front is also under investigation for electoral fraud — inflating its campaign bills — in the last three French elections.

As a defence, it’s thin, but apparently enough as the French electorate seems quite indifferent to the charges: last week the National Front picked up 25 per cent of the vote, its highest score ever in local elections.

Former French president Nicolas Sarkozy, the current head of the UMP centre-right party, is angling for another shot at the top job. (REUTERS)

One reason for the public’s indifference may be that the French public believes that all politicians are guilty of similar misbehaviour.

Consider that a leading MP and long-time backer of former president Nicolas Sarkozy, who still heads the centre-right UMP, has just had his parliamentary immunity lifted by a unanimous vote of his colleagues.

Patrick Balkany, who is also the mayor of Levallois-Perret and controls the awarding of valuable development contracts, is accused of fraud and money laundering in connections with a web of offshore companies that he and his wife allegedly set up to hold two villas, one in Morocco and one in the Caribbean.

There is also a palatial residence in Giverny, just down the road from Claude Monet’s estate, as well as an offshore account in Singapore containing millions, allegedly from under-the-table payments, according to French investigators.

Then there is Serge Dassault, 90, one of France’s richest men (his family owns Dassault Aviation, which has just sold 24 military jets to Egypt).

French investigators have just revealed that Dassault, a right-wing senator in the French parliament, also has two secret accounts in Luxemburg with more than $25 million in them.

Money from this account, it is alleged, was used to pay for votes to ensure Dassault’s election and then the election of his successor as mayor of a northern city. (In France this is called the “cumul de mandats” — a politician can hold down jobs as mayor, regional boss and MP or even minister at the same time.)

Three years ago he was France’s minister of the interior in charge of police and security. In early March he was officially accused of fraud and money laundering. 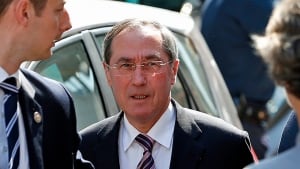 UMP official Claude Gueant, who was Sarkozy’s chief of staff for the 2007 election and France’s interior minister later, was told he was under formal criminal investigation earlier this month over alleged campaign contributions from Gadhafi’s Libya. (Reuters)

No, no, he said, the money, all $680,000 of it, was from the sale in 2011 of two paintings he owned by a little-known Dutch artist. Yes, he’d forgotten to get an export license and to declare the money. Just an oversight.

Guéant was one of Sarkozy’s closest advisers when he was president and this money was, allegedly, to help finance Sarkozy’s re-election campaign in 2012.

If Guéant’s in trouble, so perhaps is Sarkozy, though you wouldn’t know that from last Sunday’s local election win either.

In fact, there are six or seven of these so-called affaires involving former Sarkozy presidential advisers now being looked into.

Sarkozy denies all and is bulldozing forward to run as the centre-right candidate for president again in two years.

Francois Hollande’s ruling Socialists are curiously quiet about all these problems. Well, perhaps not so curiously, because two of the most laughable money scandals of the last two years involve Socialist ministers.

Jerôme Cahuzac was appointed budget minister in charge of rooting out all those with secret and illegal overseas bank accounts.

Then it turned out that the gamekeeper was also a poacher; Cahuzac had an account in Switzerland, later transferred to Singapore, containing millions. He was forced to resign and now faces charges of fraud. 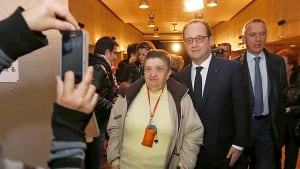 French President Francois Hollande poses with supporters during the first round of local elections last weekend. The ruling Socialists did not do well. (Reuters)

One of the Socialist MPs most critical of Cahuzac was Thomas Thévenoud.

In 2014 he was appointed minister of foreign trade. Nine days later he, too, resigned. There were, the official communiqué said, “problems of conformity with his taxes.” He hadn’t paid them for years.

Nor had he paid the rent on his apartment for three years. His explanation? He had an “administration phobia.” An excellent candidate, then, for a ministerial job.

In two years all the ministerial jobs will be up for grabs.

The nightmare scenario for many mainstream politicians is that in an atmosphere of a pox on all their houses, the National Front might be in the running for many of them, including the top job of all — president of France.