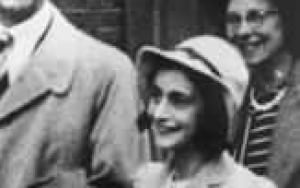 Teenage Jewish diarist Anne Frank likely died of typhus in a Nazi concentration camp about a month earlier than previously thought, the Amsterdam museum that honours her memory said Tuesday on the 70th anniversary of the officially recognized date of her death.

Frank’s diary about hiding from the Nazis in the occupied Netherlands during the Second World War was published after the war. It became an international bestseller and made her an enduring symbol of Holocaust victims.

The new date of her death changes little about the tragic lives of Anne and her sister Margot, who went into hiding with their family in an Amsterdam canal house but were eventually betrayed, sent to Nazi concentration camps and died in the Holocaust along with millions of other Jews.

“It was horrible. It was terrible. And it still is,” Prins said.

But she said the new date lays to rest the idea that the sisters could have been rescued if they had lived just a little longer.

“When you say they died at the end of March, it gives you a feeling that they died just before liberation. So maybe if they’d lived two more weeks …,” Prins said, her voice trailing off. “Well, that’s not true anymore.”

The earlier March 31 date of Anne’s death was set by Dutch authorities after the war, based on accounts suggesting she and her sister died sometime in March. At the time, Dutch officials did not have the resources to establish an exact date.

“In view of this, the date of their death is more likely to be sometime in February. The exact date is unknown,” the researchers said.

In the words of one witness, Rachel van Amerongen, who knew the Frank sisters and was cited by researchers, “one day they simply weren’t there anymore.”