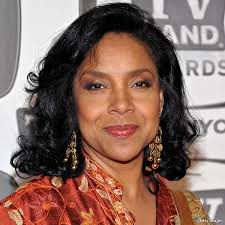 Phylicia Rashad has come out to stand behind Bill Cosby over the sex abuse allegations, and she has publicly said that she believes that these allegations have been orchestrated in order to tarnish the legacy that Cosby has created. Rashad was Cosby’s on screen wife for the highly popular television show The Cosby Show. Phylicia went on to say that she never witnessed anything inappropriate the whole time she worked with Cosby, and that she believes he is innocent. Over 20 women have claimed that Cosby was inappropriate an/or sexually abused them, and the accusers include Janice Dickinson and Beverly Johnson who are both supermodels. According to Rashad “Forget these women… What you’re seeing is the destruction of a legacy. And I think it’s orchestrated. I don’t know why or who’s doing it, but it’s the legacy. And it’s a legacy that is so important to the culture. Someone is determined to keep Bill Cosby off TV… And it’s worked. All his contracts have been canceled.”

The fact that Phylicia Rashad is standing behind Bill Cosby over the sex abuse allegations is not surprising, the pair always had a very good working relationship in the past. Rashad is not the only one who has spoken out in defense of Cosby either, Other Cosby Show stars have also said that they can not believe the sex abuse allegations and that they never saw any sign of this activity while working with him. Bill Cosby has supporters and detractors both, and each side is quick to dismiss the other.