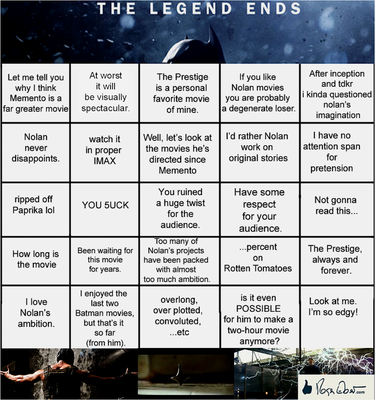 With the release of “Interstellar” next week, we continue a ritual that has stretched back to 2008’s “The Dark Knight,” maybe earlier: critics review a new movie by Christopher Nolan, and fans preemptively laud the critic for being wise and fair, or trash the critic for being a clickbait-chaser and worse. Since the comments rarely change, this Bingo card by John Lichman can at least make a game of it.