Prince Harry and Meghan Markle reunited with Prince William and Kate Middleton for the Commonwealth Day service at Westminster Abbey in London on Monday.

They weren’t the only members of the royal family in attendance. Queen Elizabeth II, Prince Charles and Camilla, Duchess of Cornwall were all there, as well.

Meghan dazzled in a green Emilia Wickstead ensemble and William Chambers hat while Kate stunned in a red coatdress. William and Kate sat one row ahead of Meghan and Harry. Brief greetings were exchanged.

It had been a while since the “fab four” were seen together. In fact, the last time they were photographed at the same event was in November 2019 for a Remembrance Day event.

This marked Harry and Meghan’s last official royal engagement. It also marked the first time they’ve been pictured with William and Kate since their bombshell announcement. Back in January, the Sussexes declared their intent to step back as “senior” members of the royal family. They also shared their plans to become financially independent and to split their time between the U.K. and North America.

After Harry met with The Queen and the Royal Households, an agreement was reached. It was determined that Harry and Meghan must step back from their royal duties, including military appointments, and that they will no longer receive public funds for such duties. It was also established that the couple may no longer formally represent Her Majesty. Although, The Queen made it clear that Harry, Meghan and Archie “will always be much loved members of my family.” 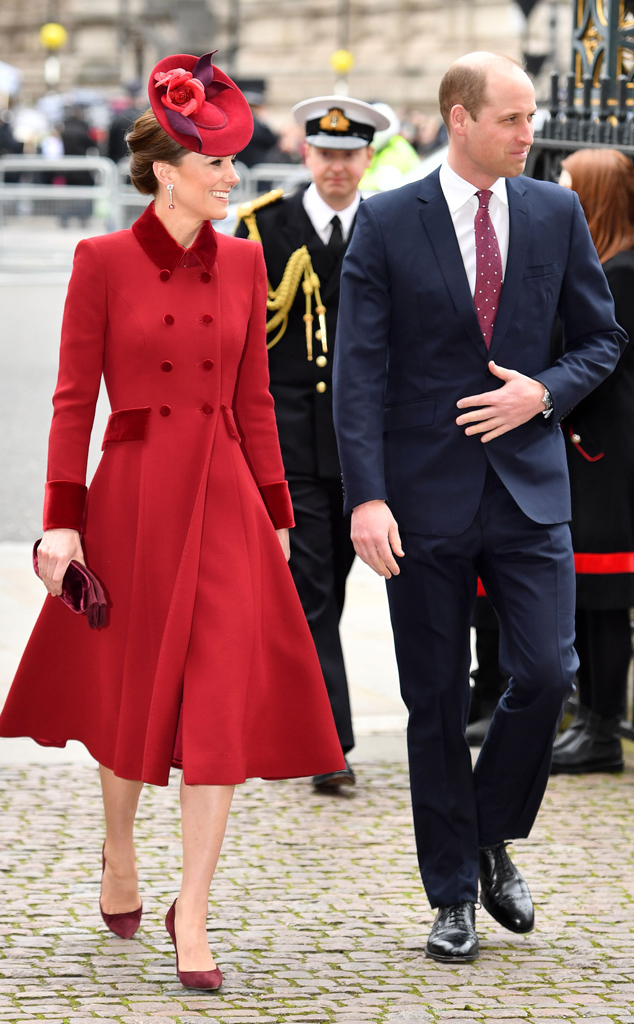 While Harry and Meghan will keep their “HRH” titles, they will no longer actively use them. They will also retain their titles of Earl and Countess of Dumbarton and Baron and Baroness of Kilkeel. In addition, Harry will retain the ranks of Major, Lieutenant Commander and Squadron Leader.

Furthermore, they will keep their private patronages and associations.

Harry and Meghan will begin this next chapter starting March 31.

Before the announcement, there were rumors of tension between Harry and William and Meghan and Kate. Harry addressed reports of a rift with William in the ITV documentary Harry and Meghan: An African Journey.

He also said that “the majority of stuff is created out of nothing.”

“As brothers, we have good days and we have bad days,” he added.