What better way to celebrate your London boy’s birthday than in his hometown with famous friends?

Such was the case for Taylor Swift and her famous boyfriend Joe Alwyn on Friday night. In honor of the Harriet actor’s 29th birthday, he and the songstress headed out to dinner at luxurious London hot spot Bob Bob Ricard, according to an eyewitness. However, the famous lovebirds were not alone. Per the source, Ed Sheeran, Cherry Seaborn and other friends joined them at a table of six for dinner.

Of course, a birthday calls for some toasting.

“They had fun drinking champagne at the table by pushing a button that says ‘Press for Champagne’ and having it immediately dispensed,” the eyewitness said. “They were there for several hours enjoying the night.”

During the gathering, the group also stayed entertained by drawing at the table and playing a game.

The singer’s bodyguard carried a stack of books from the dinner table that included Oxford English Dictionary and A Month in the Country, the eyewitness noted.

While the couple, who have been dating for more than two years, have kept their romance mainly out of the spotlight, Swift did briefly touch on falling for Alwyn in her recent Netflix documentary. 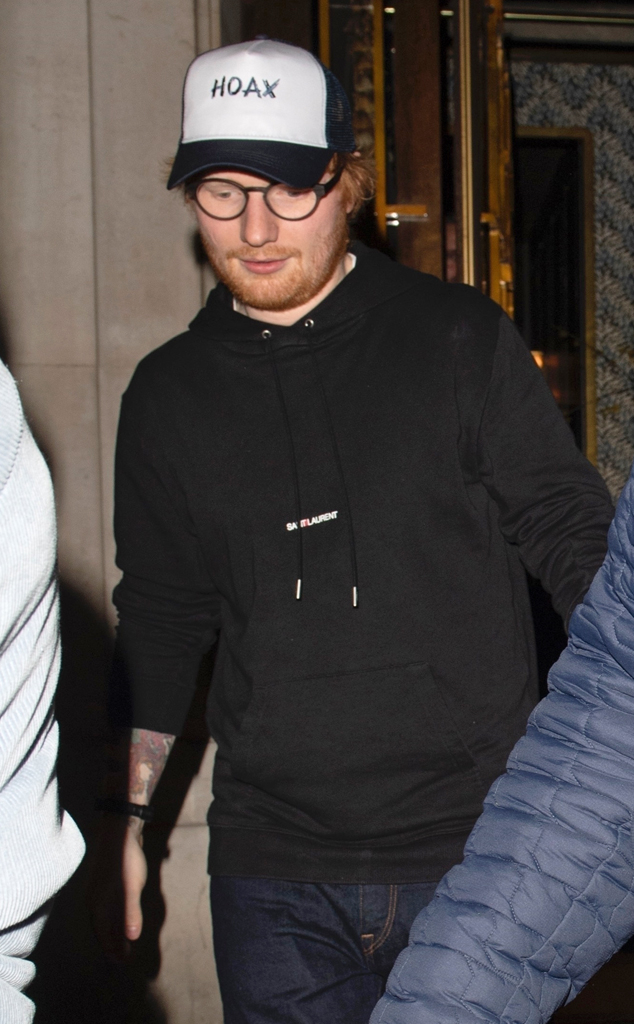 In the film, they were also shown embracing backstage during her Reputation Tour.

“I was also falling in love with someone who had a really wonderfully normal, balanced, grounded life,” the performer recalled.

And, as evidenced by their joint attendance at the 2020 Golden Globes last month, where Swift was nominated for Best Original Song, they continue to support each other every step of the way—including, of course, when it’s time to ring in a birthday.