Who could be “bored” by Jim Carrey? Jodie Turner Smith and husband Joshua Jackson‘s unborn first child, who apparently is a girl!

Wearing a chic one-shoulder black crop top and matching pants, the pregnant 33-year-old British actress appeared on BBC One’s Graham Norton Show on Friday. There, she was joined by Margot Robbie, her Queen & Slim co-star Daniel Kaluuya, and Carrey, who spoke directly to her bare baby bump and joked, “So glad I could be here while you’re crowning.”

Turner-Smith then appeared to reveal the answer to the question many fans have posed upon learning of her pregnancy.

“There’s been no kicking,” Turner-Smith said.

Babies do have sleep cycles, in and out of the womb. Fetal movements are felt most intensely during the second trimester, when they are large and strong enough and have more room to move. Turner-Smith is in her third trimester. 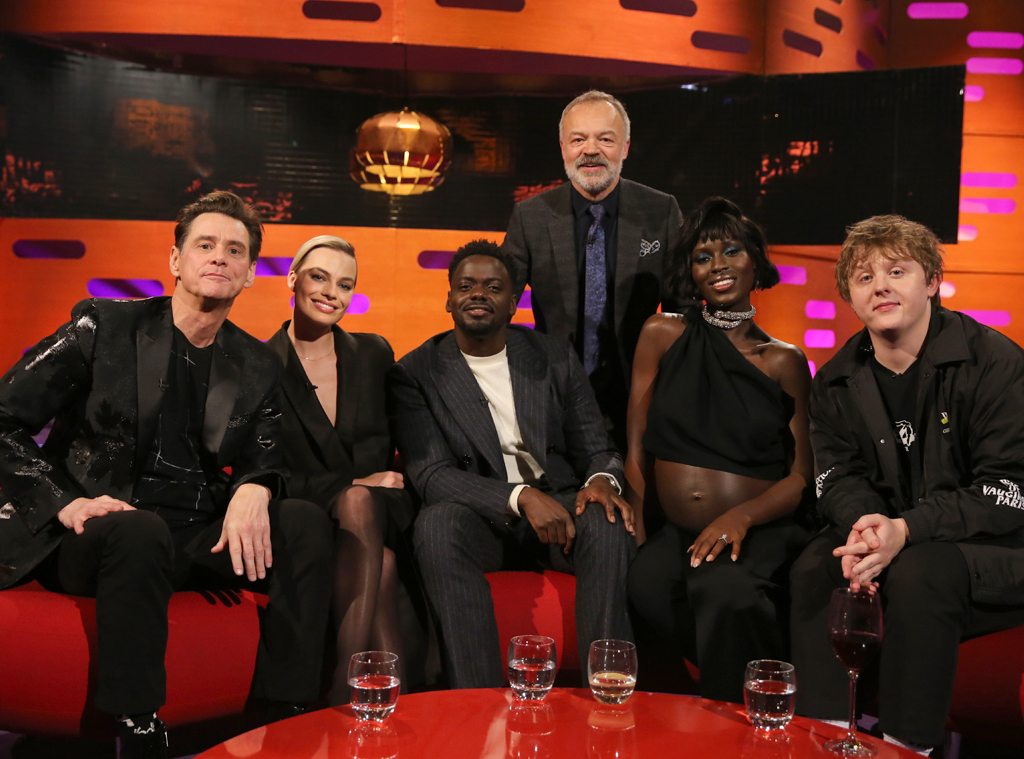 Carrey, who has an adult daughter, then literally did a tongue-in-cheek impression of an 8-month-old fetus, kicking and punching its amniotic sac in its mother’s uterus.

Multiple outlets had reported in December that Turner-Smith and Jackson, 41, had wed a few months prior and that she was pregnant with their first child.

She then showcased her baby bump at a pre-2020 Golden Globes party that she attended with her husband. The two were most recently seen together at a Queen & Slim premiere after-party in London on Tuesday. 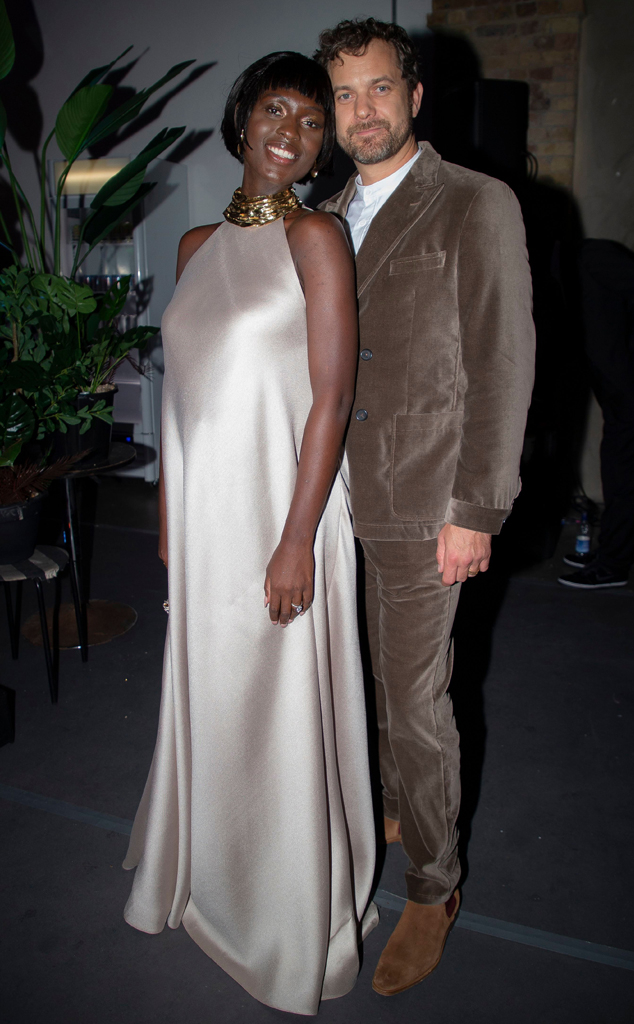 In an interview with the Times of London, published a week ago, Turner-Smith opened up about their relationship and her pregnancy. She said she was fan of his Dawson’s Creek character, Pacey, as a teen and recently “went back and rewatched a lot of his movies,” adding, “I do it whenever we’re apart because I miss him so much. He loves that I am obsessed with him.”

She said that after it was reported that they had wed, “there was this wave of people who were upset that I was possibly married to a white man.”

“In America, interracial dating or marriage is not something that is as accepted,” she said. “Certain people feel strongly against it, in both communities. I felt it from the black community. It is so complicated. I don’t want to give it too much energy. The horrific things that people were saying, it makes you…I’m learning there are certain things I have to really keep for myself.”

She also signaled that she and Jackson, a Canadian native, may not raise their family in the United States, where he has lived for years.

“The racial dynamics over here are fraught. White supremacy is overt. It’s the reason I don’t want to raise my kids here,” she said, adding, “I don’t want my kids to grow up doing active shooter drills at school.”

She isn’t too keen on living in England either, saying it’s “gone off the rails.”

“So I was thinking maybe Canada,” she said.