Taylor Swift will be able to sing her old music catalog at the 2019 American Music Awards this Sunday!

Following major bad blood with Scooter Braun and Big Machine Records’ Scott Borchetta last week, it seems as though a deal has been made to allow T.Swift to sing her own music.

“It should be noted that recording artists do not need label approval for live performances on television or any other live media,” the statement concluded. “Record label approval is only needed for contracted artists’ audio and visual recordings and in determining how those works are distributed.”

Swift, who has been in an ongoing music battle with Braun and Borchetta for months, took to social media on Thursday, Nov. 14, to call out the duo for blocking her from performing her old hit songs at the 2019 AMAs, where she’s set to receive the Artist of the Decade Award. In her post, Swift revealed that she was planning to perform a medley of her hit songs, but was now unable to.

“Scott Borchetta and Scooter Braun have now said that I’m not allowed to perform my old songs on television because they claim that would be re-recording my music before I’m allowed to next year,” Swift wrote. “Additionally – and this isn’t the way I had planned on telling you this news – Netflix has created a documentary about my life for the past few years. Scott and Scooter have declined the use of my older music or performance footage for this project, even though there is no mention of either of them or Big Machine Records anywhere in the film.”

“Scott Borchetta told my team that they’ll allow me to use my music only if I do these things: If I agree to not re-record copycat versions of my songs next year (which is something I’m both legally allowed to do and looking forward to) and also told my team that I need to stop talking about him and Scooter Braun,” the 29-year-old star continued. “I feel very strongly that sharing what is happening to me could change the awareness level for other artists and potentially help them avoid a similar fate. The message being sent to me is very clear. Basically, be a good little girl and shut up. Or you’ll be punished.”

“The Man” artist went on to tell her fans that she just wants to be able to perform her OWN music.

“I’ve tried to work this out privately through my team but have not been able to resolve anything,” she shared. “Right now my performance at the AMA’s, the Netflix documentary and any other recorded events I am planning to play until November of 2020 are a question mark.” 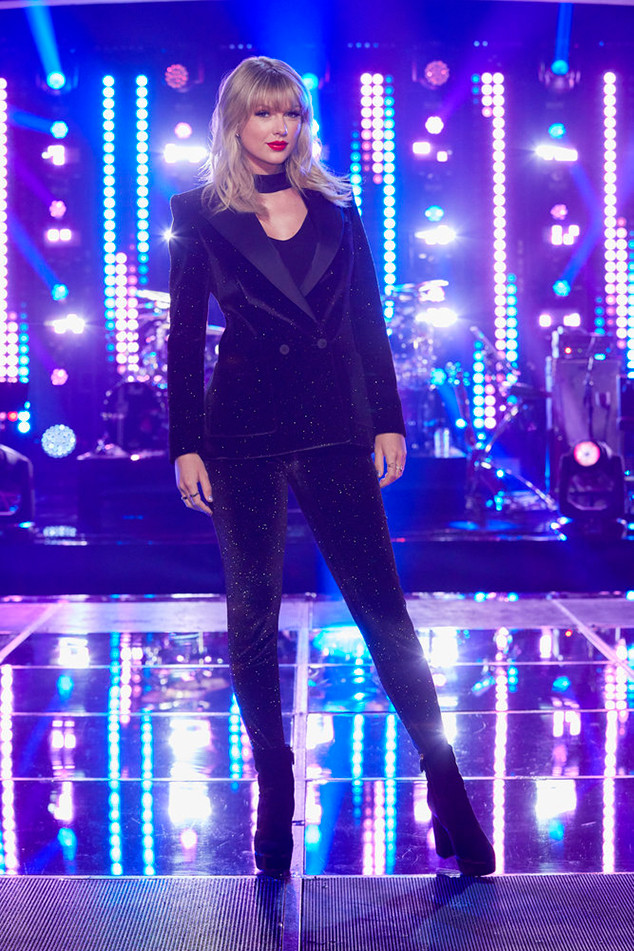 Swift’s music battle became public in June, when the “Lover” singer took to Tumblr to react to the news that Braun had acquired Big Machine Records, the label under which Swift released her first six award-winning albums. In her message, Swift—who is now signed with Republic Records and Universal Music Group—said she felt “sad and grossed out” by the move, which was coordinated with Borchetta.

“For years I asked, pleaded for a chance to own my work. Instead I was given an opportunity to sign back up to Big Machine Records and ‘earn’ one album back at a time, one for every new one I turned in,” Swift explained at the time. “I walked away because I knew once I signed that contract, Scott Borchetta would sell the label, thereby selling me and my future. I had to make the excruciating choice to leave behind my past. Music I wrote on my bedroom floor and videos I dreamed up and paid for from the money I earned playing in bars, then clubs, then arenas, then stadiums.”