In case you didn’t know, Brett Young is having an incredible 2019.

Over the past couple of years, the 38-year-old country music singer has earned a spot in the genre thanks to hits like “In Case You Didn’t Know,” “Mercy” and “Like I Loved You.”

But ahead of his performance on the Daytime Stage this weekend at the iHeartRadio Music Festival in Las Vegas, it’s hard not to recognize all his accomplishments in the past 12 months alone.

While he’s had the opportunity to tour with Luke Bryan and Lady Antebellum, this year gave Brett the special chance to headline his own tour across the country.

“After a couple of years, to be able to take on rooms in the thousands and to see the rooms grow as a headliner is one of those coming of age/full circle moments that you think would never happen,” Brett explained to E! News exclusively. “It’s really, really cool and humbling at the same time.”

The Southern California native was the first country artist to sell out The Novo in Downtown Los Angeles three nights in a row. And whether it’s his own show or a music festival like this weekend’s iHeartRadio event, Brett always has a goal of turning one music fan into a country music fan. 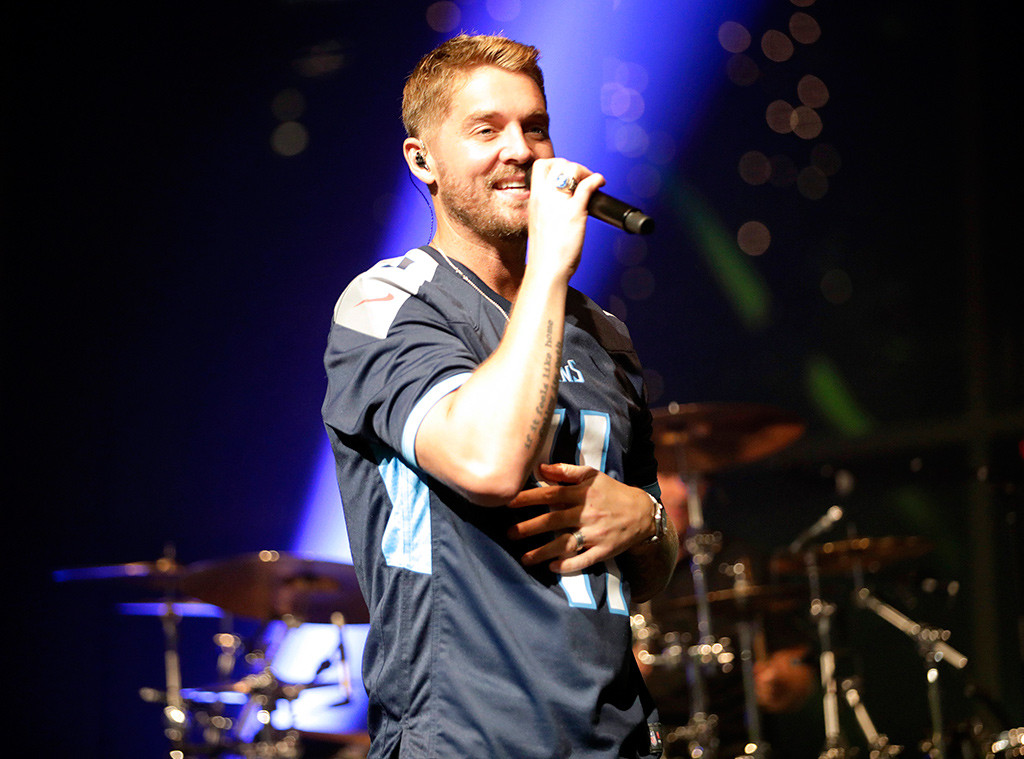 In the past 12 months, Brett has been able to explore other genres of music with some of his idols. For starters, he performed with Boyz ll Men on CMT Crossroads and recently collaborated with Gavin DeGraw for an acoustic version of “Chapters.”

“Gavin’s first record is what made me want to start writing songs,” Brett explained to us. “And Boyz ll Men was my first concert so selfishly I wanted to share the stage with people I idolize.”

And while the collaborations are special and proving other genres “aren’t so different from each other,” Brett has also won over fans with his own personal and relatable lyrics.

His recent single “Catch” has become a fan-favorite thanks to it’s catchy—no pun intended—chorus. But it’s also a cool twist on the girls’ night out story music fans know so much about.

“It’s always girls who go out on their girls’ night and don’t want guys to bother them and I love the change of venue there where it’s a guy going out and he just wants to drink and his buddies and a game. It’s cool to flip the script every once in awhile,” Brett explained. “It’s kind of cool to take that girls’ night out and show people guys want to do that too sometimes.”

Looking ahead, there’s a whole lot on the horizon for the country music artist. Recently, it was announced that Kohl’s would be the exclusive retailer of the Brett Young Caliville apparel collection beginning in October.

And yes, Brett and his wife Taylor Young are expecting their first child together later this year.

“We’re so excited! I always wanted kids but she’s the only one I’ve ever been with who I wanted to have kids with,” he gushed to E! News. “The fact that I’m getting to have my first child with the only person I’ve ever been able to see having kids with is…I wouldn’t have written my fairy-tale any different.”

And while he may be a bit nervous to change diapers and experience a lack of sleep, the excitement far outweighs any fears.

“I’ve never been more sure about anything in my whole life than this person,” Brett shared. “There’s nothing worth doing in your life if you don’t have somebody to share it with so putting in the work to be able to share this with my person is the thing I’m most proud of.”