Gwen Stefani is ready to have a “sweet escape”… to The Voice.

Last month, Adam Levine surprised everyone when he announced he was leaving the singing competition show after 16 seasons. His replacement? The “Rich Girl” songstress.

And while Stefani is “so excited” to return to the NBC series, she revealed she was “shocked” over the news. Chatting with E! News’ Jason Kennedy, the 49-year-old star shared her reaction to the announcement and how different it’s going to be with the Maroon 5 frontman gone.

“I’m so, so excited about it and so shocked,” she said of her return to The Voice. “Every season that I’ve been back, it’s been a shock ’cause they kind of wait till the last minute [to tell you]. I guess they really want you to be like, ‘Please, take me.'”

In any case, she feels that it will be “really fun” to join her beau Blake Shelton, John Legend and Kelly Clarkson next season.

“I feel a little overwhelmed in so many different ways,” she shared. Adding, “‘Cause I haven’t done it in a while [and] because Adam’s not gonna be there. He’s the first person to reach out to me and say ‘Hey, you gotta do this show. The show’s great, you’re gonna love it.'”

Despite her pal not being on the singing competition show, Stefani is ready to get back into the big, bright red chair. “It’s one of those things where it feels overwhelming but in reality, it’s reality. So you just go there, be yourself, try to work as hard as you can for your team and fight for who you love.” 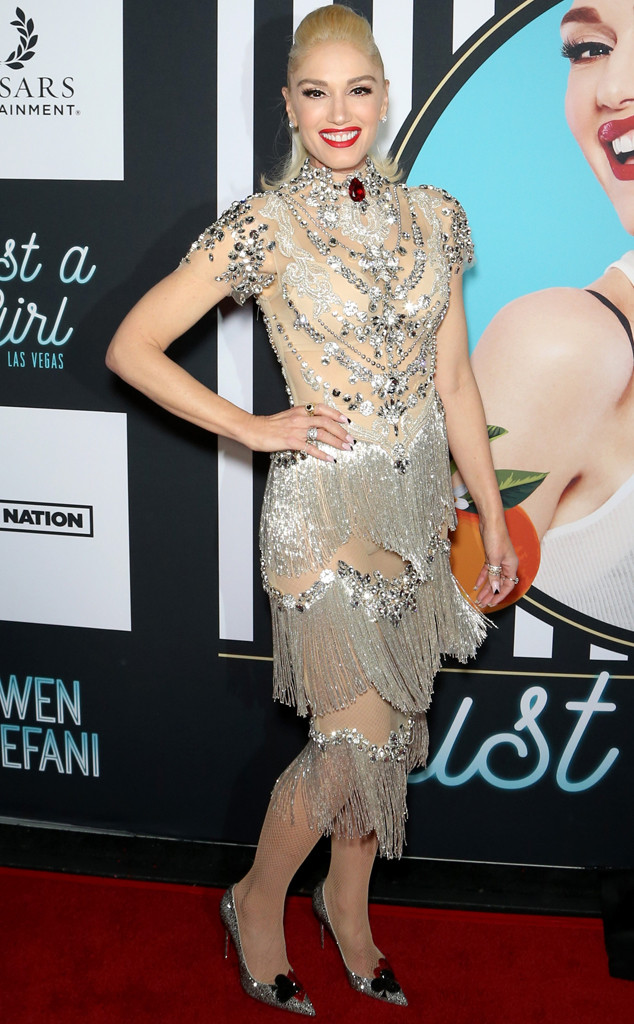 And if you’re curious, the “Cool” singer revealed that she and Blake have some friendly competition going on. “We’re starting to have pillow talk and we’re discussing [the strategy].”

She continued, “‘Every season I’ve been on it, it’s been a different version of being with Blake. So he’s like, ‘It’s still gotta be competition’ and I was like, ‘You got it.'”

In addition to her Voice gig, the 49-year-old star’s Las Vegas residency is still going strong. For her, she thinks of it as “my life boiled down to a show.”

And while it’s full of glitz and glamour, Stefani is paying it forward with a charitable cause. As part of her residency, the “Wind It Up” singer, Live Nation Las Vegas and Caesars Entertainment are donating $1 of every ticket purchased to the Cure 4 the Kids organization.

“At this point in my life, to be able to do something to give back… I had to, I wanted to,” she told E! News.

To hear more about Gwen’s return to The Voice, her larger-than-life Vegas residency and more, check out our interview with the superstar above!