It’s been one year since Anthony Bourdain‘s tragic death.

On June 8, 2018, the world learned the culinary celebrity had died by suicide at the age of 61. Bourdain hanged himself in the bathroom of his hotel room in France and was found alone and unresponsive by his friend and fellow chef Éric Ripert. He had been in the country filming an episode of Parts Unknown before he took his life.

After news of the tragedy broke, several celebrities and chefs posted tributes to the late TV star on social media. His girlfriend, Asia Argento, also mourned his death.

“Anthony gave all of himself in everything that he did,” she tweeted at the time. “His brilliant, fearless spirit touched and inspired so many, and his generosity knew no bounds. He was my love, my rock, my protector. I am beyond devastated.”

He was cremated one week later.

Bourdain entered the culinary world from humble beginnings. According to the Culinary Institute of America, of which Bourdain was an alum, he started his career by working as a dishwasher in Provincetown, Mass. over a break from Vassar College. He later decided to sharpen his skills by enrolling in the Institute and graduated in 1978. Afterwards, he worked for a number of renowned restaurants, including the Rainbow Room, The Supper Club, Coco Pazzo Teatro and Brasserie Les Halles.

However, times weren’t always easy for Bourdain. In a 2018 interview with Biography.com, he opened up about his battle with addiction, which he eventually overcame. 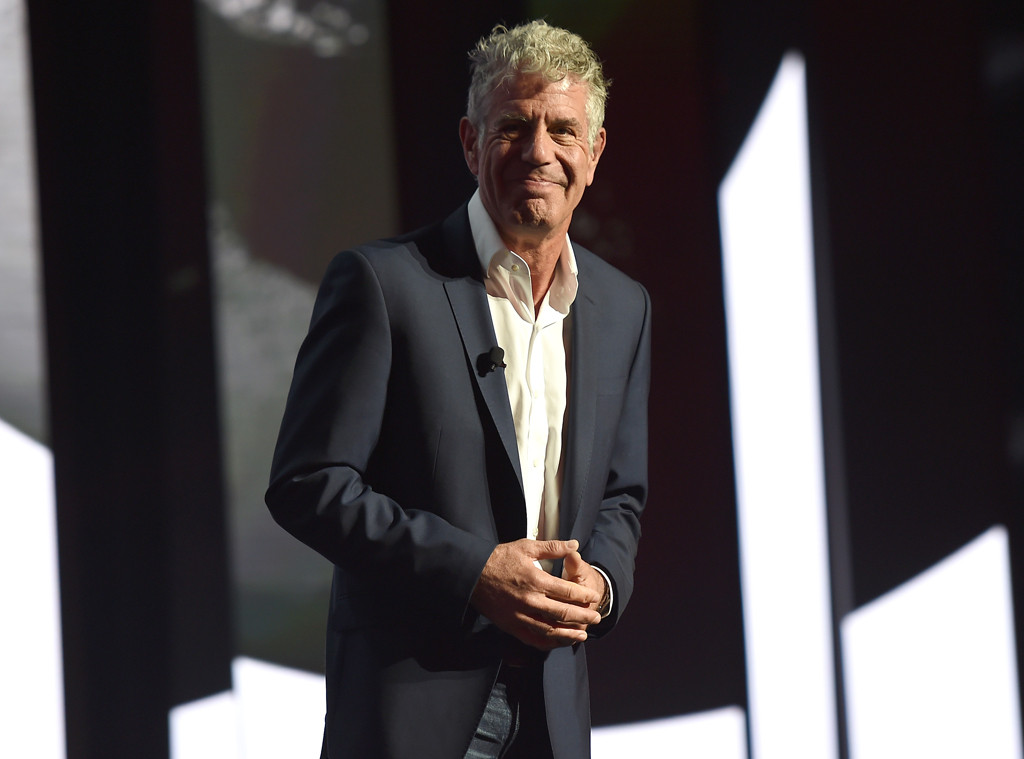 Soon, Bourdain’s influence extended beyond the kitchen. He started writing and penned a wildly popular essay for The New Yorker in 1999 called “Don’t Eat Before Reading This.” He went on to write a number of books, including Kitchen Confidential and Medium Raw: A Bloody Valentine to the World of Food.

Even though his career was on the rise, Bourdain still struggled to find success.

“Oh, man, at the age of 44, I was standing in kitchens, not knowing what it was like to go to sleep without being in mortal terror,” he told Biography.com. “I was in horrible, endless, irrevocable debt. I had no health insurance. I didn’t pay my taxes. I couldn’t pay my rent. It was a nightmare, but it’s all been different for about 15 years. If it looks like my life is comfortable, well, that’s a very new thing for me.”

Then, Bourdain ventured into a different medium—television. In 2002, he started appearing on Food Network’s A Cook’s Tour. He then worked on Anthony Bourdain: No Reservations from 2005 to 2012 and The Layover from 2011 to 2013. Afterwards, he starred on shows like Anthony Bourdain: Parts Unknown, as well as The Taste. He also worked behind the camera and started producing The Mind of a Chef in 2012.

Over the course of his career, Bourdain received several accolades, including a Peabody Award, a handful of James Beard awards and multiple Emmys. Still, he had his struggles, including his battle with depression.

Bourdain is survived by Argento and his daughter, Ariane Bourdain, whom he shared with his second wife Ottavia Busia. He was first married to Nancy Putkoski from 1985 to 2005.

To look back at his personal and career milestones, see the gallery below.

Anthony Bourdain was born on June 25, 1956. According to the Culinary Institute of America, he started his culinary career by working as a dishwasher in Provincetown, Mass. during his summer break from Vassar College. He went on to attend the Institute and graduated in 1978.

Bourdain went on to work for a number of restaurants, including The Supper Club, the Rainbow Room and Coco Pazzo Teatro. In the 1990s, he then started writing and would go on to publish a number of books, including Kitchen Confidential.

Enjoying Time With His Fellow Chefs

Bourdain entered the television world in the early 2000s and appeared on Food Network’s A Cook’s Tour. This photo shows him posing alongside fellow chef Marcus Samuelsson and singer Lisa Loeb in 2004.

In 2005, Bourdain started to appear in the Travel Channel series Anthony Bourdain: No Reservations. It was around this time Bourdain divorced from his first wife, his high school sweetheart Nancy Putkoski. In this 2006 photo, the celebrity chef can be seen enjoying a beer at Tintol restaurant in New York.

The chef would later travel the world for CNN’s Anthony Bourdain: Parts Unknown, which debuted in 2013.

Starring in a New Show

2013 was also the year Bourdain starred on the show The Taste. Here he is with his fellow judges, Marcus Samuelsson, Nigella Lawson and Ludo Lefebvre.

In 2013, Anthony Bourdain: Parts Unknown received a Peabody Award for “expanding our palates and horizons in equal measure.”

Over the course of his career, Bourdain’s TV shows would receive several Emmy nominations. Here he is at the 2015 Creative Arts Emmy Awards. The program won in the Outstanding Information Series or Special category. In 2016, Bourdain’s second marriage with Ottavia Busia would come to an end.

Bourdain is survived by his daughter, Ariane, as well as by his girlfriend Asia Argento.