The cast of Big Little Lies is showing some big love for Meryl Streep for her birthday!

Streep joined the cast for season two, which began earlier this month, playing Nicole Kidman‘s character Celeste’s mother-in-law Mary Louise, who is not a fan of Witherspoon’s Madeline. Of course, in real life, it’s nothing but love.

“Happy Birthday, Meryl!” Witherspoon wrote, alongside a throwback photo of Streep. “Sending so much birthday love to this talented creature! What a privilege and an honor to work with you on @biglittlelies!”

Dern, who plays Renata on Big Little Lies, posted on her own page another throwback photo of Streep and a selfie showing the two together.

“This girl became my legend,” she wrote. “And I do declare today an international holiday. Muse Day! Here here! Then I actually got to not only meet my hero but work with her. I thank the Gods. #merylstreep.”

Witherspoon also posted on her Instagram Story videos of her, Kidman and other co-stars, such as Zoë Kravitz (Bonnie) and Adam Scott (Madeline’s husband Ed) wishing Streep a happy birthday and naming their favorite films starring the actress, which included Kramer vs. Kramer, Out of Africa, Sophie’s Choice, Defending Your Life and The Devil Wears Prada. 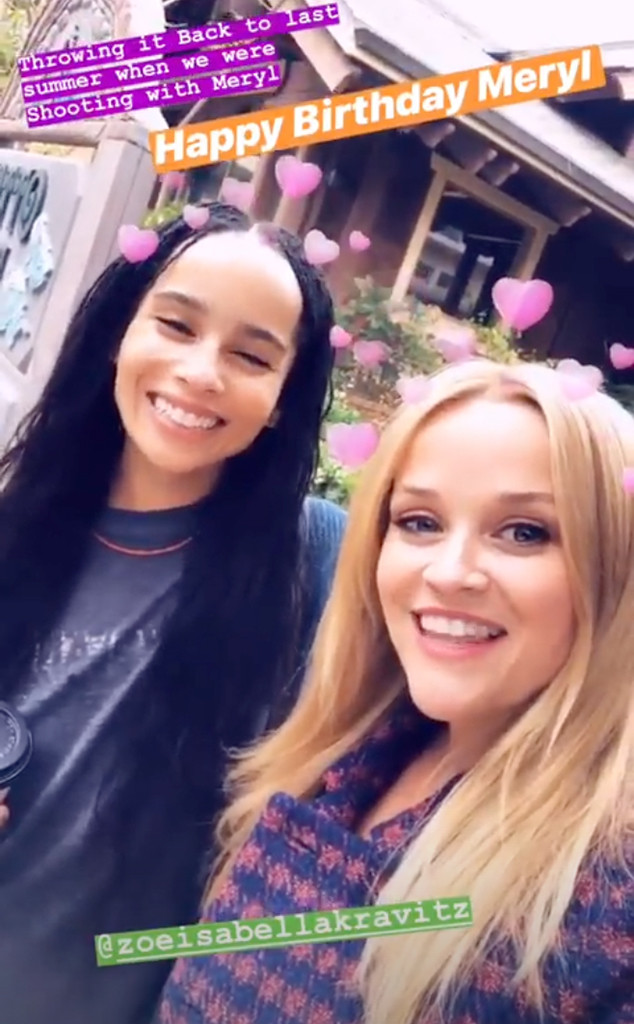 “We love you Meryl!” Witherspoon wrote, alongside a photo of the cast in character. 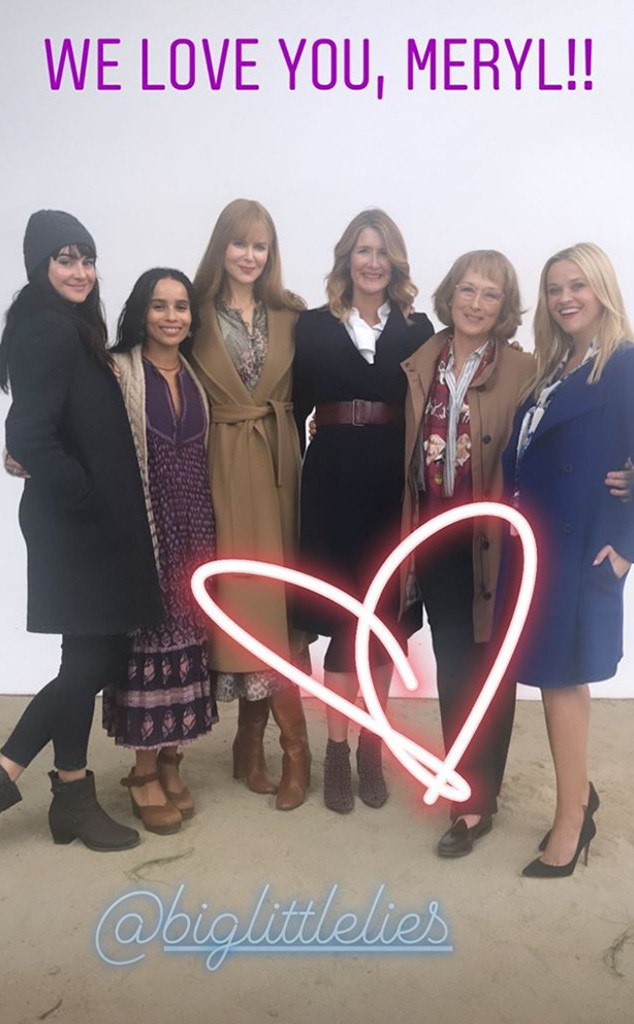